Loella Harris, 31, is struggling to find gluten free pasta for her five-year-old coeliac son as selfish shoppers are ripping it off the shelves. 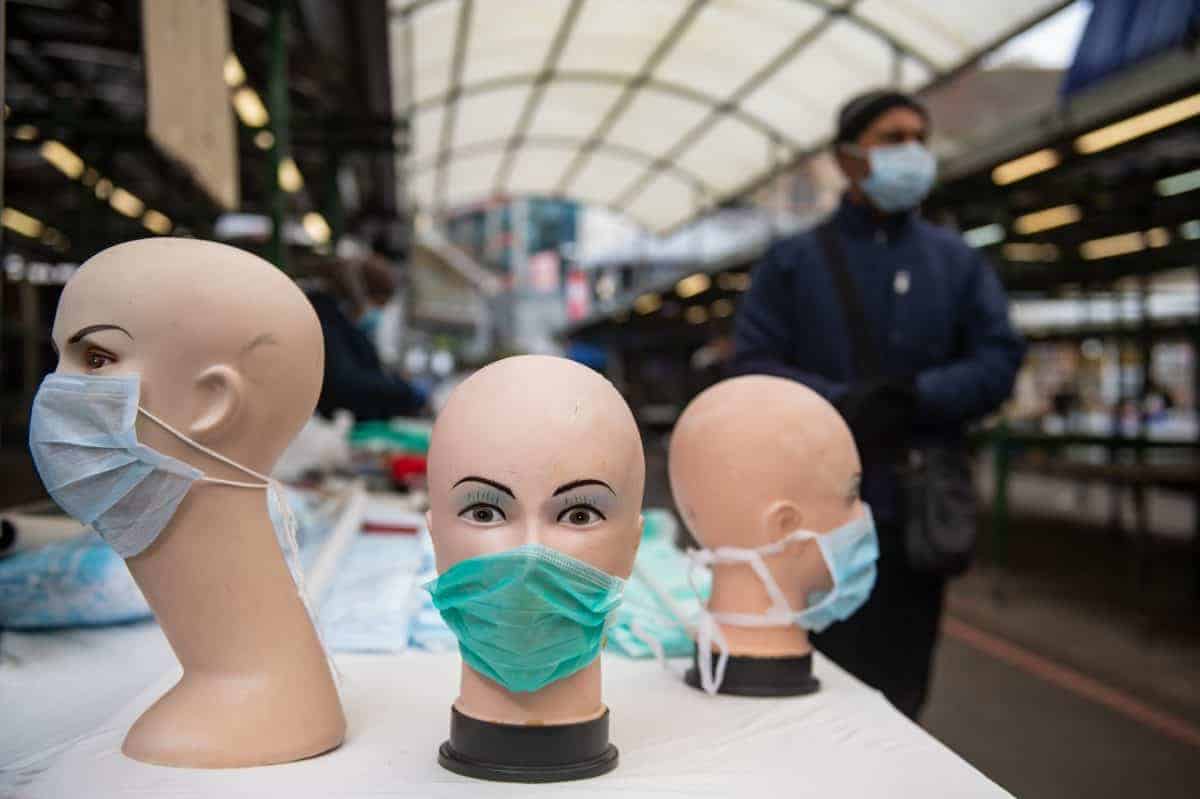 Frenzied shoppers panic buying supplies due to coronavirus are stripping the shelves of gluten-free products, leaving the vulnerable at risk.

One in a hundred Brits suffers from coeliac, an autoimmune disease that means sufferers have to avoid all gluten.

There are also many with allergies or an intolerance to gluten.

Loella Harris, 31, is struggling to find gluten free pasta for her five-year-old coeliac son as selfish shoppers are ripping it off the shelves.

She has searched several supermarkets to find pasta made from rice or corn for her son Russ,.

It is one of the only foods Russ will eat due to his coeliac disease.

Her husband Derrick, 51, suffers from a gluten intolerance and also requires gluten free food – so it is a staple in their house.

Loella said: “It’s been very hard to get as people are panic buying and being greedy.

“I think it’s really unfair that people are buying gluten free food when they don’t need to because they can eat gluten and coeliacs don’t have a choice.”

Loella, from Chichester, visited her local Tesco to find the shelves had been cleared.

She said: “As we were walking towards the gluten free aisle, we noticed the shelves were empty and all the pasta was sold out.

“When we got to the aisle there was a woman and her husband there grabbing all the pasta and bundling it into her trolley.

“I asked her politely if I could have a bag for my son who is coeliac and she was very rude.

“She said, ‘pasta is pasta and I need it’, ‘why should your lifestyle get priority?’

“I told her being coeliac isn’t a lifestyle choice.”

The family’s local Co-op heard what happened and have since stocked some gluten free pasta for Russ and Derrick.

Loella is urging people to think about those who actually need gluten free food for medical reasons before clearing the free-from aisle.

She said: “Please don’t buy gluten free food unless you have a diagnosis of intolerance or coeliac disease.

“My son also has autism and sensory issues, so he has a very limited diet because of the texture of certain foods.

“Please think before you buy. You may have the choice of eating gluten, but not everyone does.

“If someone with coeliac disease eats gluten, it can make them very ill or in the worst case, kill them. They don’t have the choice that you do.”

Loella’s view has been echoed around the country as people vent their struggles to find specific items.

Zoe Richards, 58, an NHS programme manager from Lancaster said: “I’m coeliac so it’s a health need not a fad.

“It’s been really difficult to buy gluten free because shelves are empty.

“I got one packet of pasta from a little local Co-operative today in Lancaster near where I work. There were four more but I left the rest for others who need them.

“Anyone buying gluten free who doesn’t need it, maybe because for them it’s a preference rather than a health need or maybe they just didn’t realise what they are buying, I’d ask them to check locally with friends, colleagues, neighbours if there is anyone in their family who is coeliac and must eat gluten free and then pass it on.

“I think so many people think a gluten free diet is a fad, so they don’t realise for some of us we just don’t have a choice.”

She added: “Please think of others if you are stockpiling. I went shopping after work and there were no bananas or lemons and very little fresh fruit and veg.

“Surely this is a time for sharing not stockpiling. I just don’t understand this panic buying.”

Lisa Avery, from Poole in Dorset, is also diagnosed with coeliac disease and has struggled since the pandemic was declared.

She said: “If I eat gluten I have a number of different symptoms which make me really quite unwell.

“It’s been really quite difficult to buy, I’ve had to visit a number of different shops in one day to get different items.

“People buying gluten free food when they don’t have the dietary need to buy it is really quite selfish and infuriating.

“Panic buyers need to stop to consider that they are restricting people who physically cannot eat “normal” foods.

“It makes us incredibly ill and could cause starvation in some cases – especially in the elderly and children.”

Supermarkets this week released a ‘Feed the nation’ statement asking people to be considerate when they shop.

It said: “We understand your concerns, but buying more than is needed can sometimes mean that others will be left without.

“There is enough for everyone if we all work together.”