Chef James Cochran has collaborated with Clonakilty on a Christmas black pudding recipe. 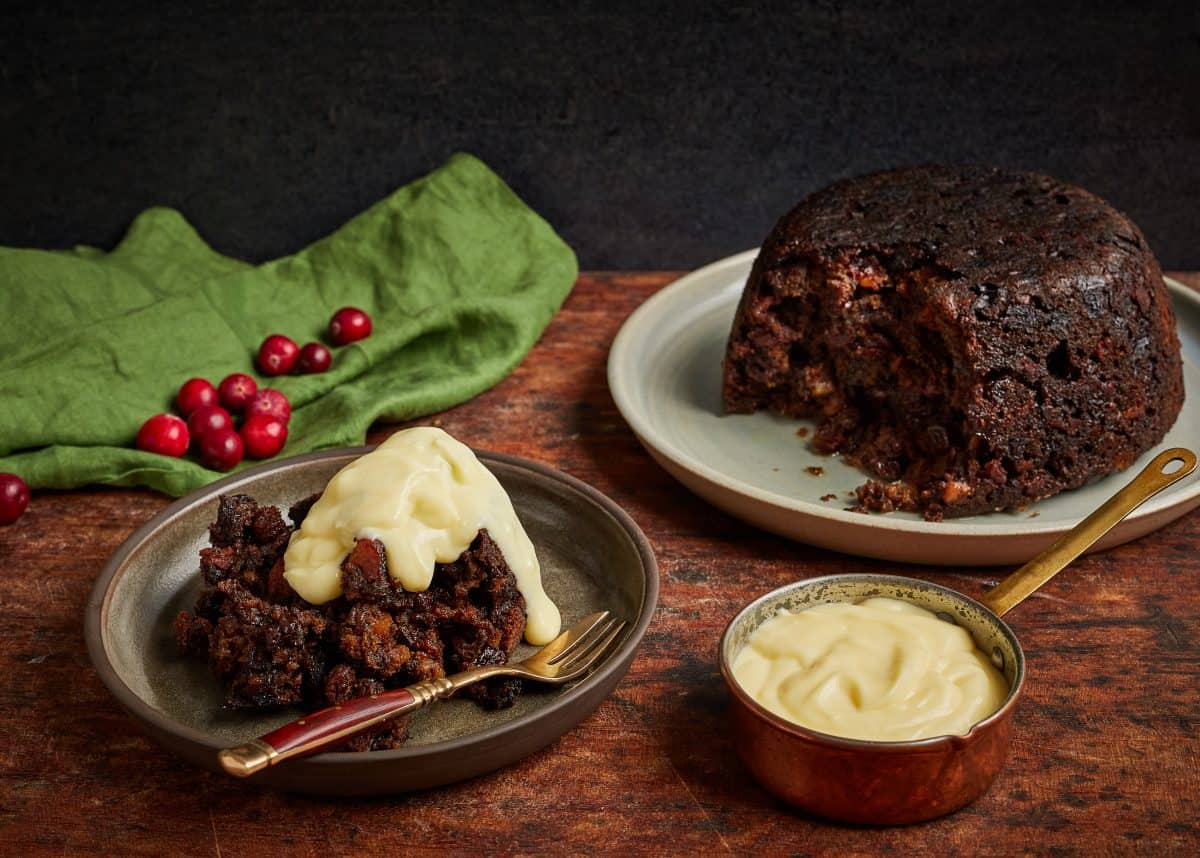 On the surface, the thought of using black pudding as an ingredient for Christmas pudding seems alarming. But let’s not forget the fact that meat, spice and fruits are the best of friends, in a number of guises. Countless traditional desserts from around the world also contain meat or animal products, including Christmas pudding – traditionally made with suet.

During medieval times, mince pies were originally filled with meat such as boiled beef and tongue, before evolving into spiced fruit mince pies common today. In celebration of the original mince pies, Danny Lidgate, a fifth-generation family butcher at C.Lidgate, even went so far as devising a popular mince pie combining traditional recipes with ingredients more appealing to 21st century taste buds for Christmas 2017: combining minced beef with ingredients such as currants, raisins, candied peel and sherry.

For 2020, James Cochran, Great British Chefs, has collaborated with Ireland’s favourite black pudding, Clonakilty, on a selection of recipes including Christmas black pudding with sherry custard. Originating in a butcher shop in Clonakilty, West Cork, during the 1880s, Clonakilty black pudding is made using a secret spice recipe that’s remained unchanged since. With a unique texture, Clonakilty has low blood content (3-4 per cent) and is beef-based, rather than being made with pork, as most other black puddings are.

3 tbsp whisky, plus 80ml to pour over the pudding

For the sherry custard

Place the dried fruit, black pudding, chopped apple and orange juice in a bowl and pour over the whiskey. Leave to marinate for about 1 hour.

Once the fruit has been marinating for 1 hour, beat the sugar, butter and orange zest together until pale and fluffy. Stir in the beaten eggs bit by bit – if the mixture starts to curdle add in a bit of the flour. Fold the flour and mixed spice into the mixture, then add the oats and almonds.

Stir the marinated fruit and black pudding mixture (along with any remaining liquid) and mix until well combined.

Grease a 1.4l pudding basin with butter, then line the base with a small disc of baking paper. Spoon the mixture into the basin, ensuring it is packed in tightly by pressing it together with a spoon. Cover the mixture with another piece of baking paper and a sheet of foil, secure it in place with string and set aside.

Place a large saucepan or stockpot on the hob with a trivet in the bottom (such as a few jar lids or another smaller pot) – this will protect the pudding basin from the heat of the hob. Tie string around the basin to create a handle, so you can lift it out of the pot easily, then lower it into the pot. Pour in enough water to come three-quarters of the way up the pudding basin, bring to a simmer then place a lid on the pot and cook the pudding for 8 hours, checking every so often to ensure it hasn’t boiled dry.

While the pudding cooks, make the custard. Heat the milk, sugar and double cream in a saucepan until the sugar dissolves and the mixture comes to a simmer.

Meanwhile, whisk together the egg yolks, sherry and cornflour together for a few minutes until fully combined.

Pour a little of the hot milk mixture over the eggs, whisking to incorporate and temper, then gradually add the eggs back into the pan. Continue to whisk over a low heat for a few minutes until it thickens. Pass through a fine sieve into a clean pan to reheat before serving.