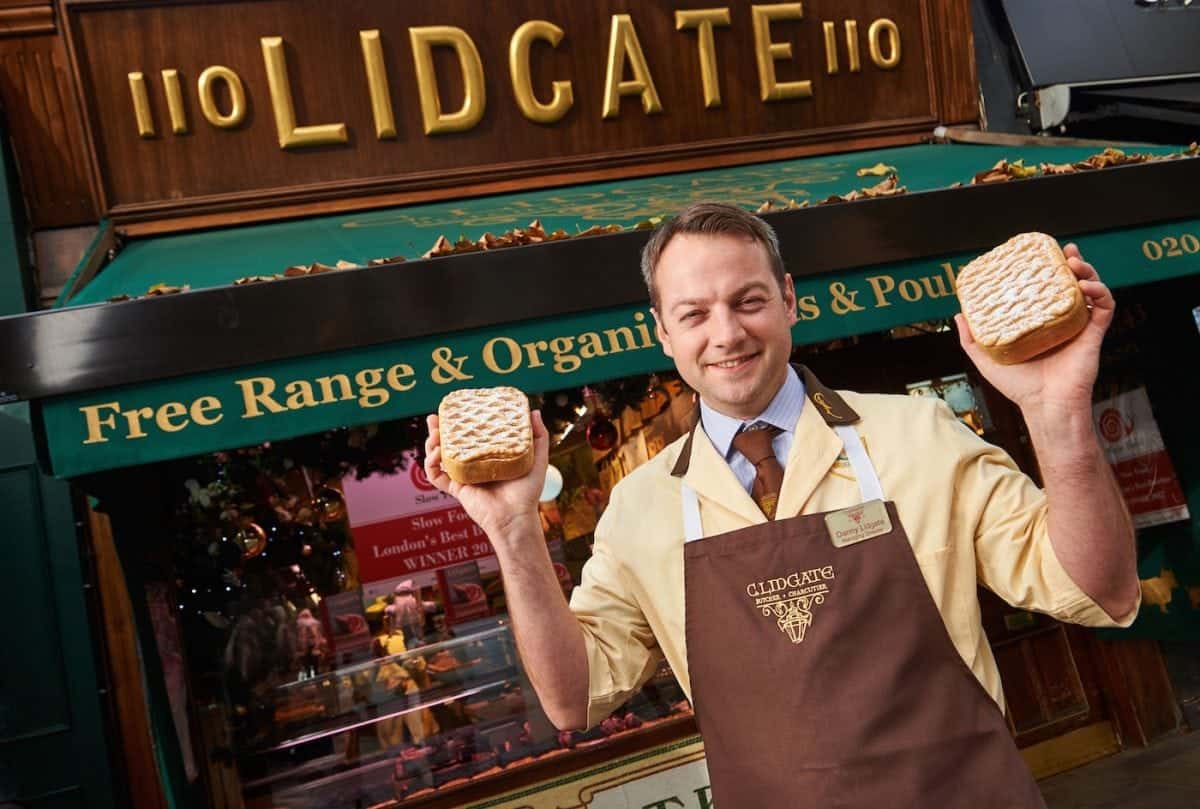 Inspired by a quintessentially medieval recipe, C.Lidgate – one of London’s oldest butchers – near Holland Park has collaborated with AmazonFresh to create a traditional, meat-filled mince pie for Christmas 2017.

Tracing back to medieval times, mince pies were originally packed full of meat such as boiled beef and now out-of-favour tongue, before evolving into the spiced fruit mince pies popular today. As well as significant adaptations to the filling, the shape of mince pies has changed – initially larger and rectangular, intended to feed a number of guests.

This Christmas, Danny Lidgate, a fifth-generation family butcher at C.Lidgate has devised a mince pie which combines traditional recipes with ingredients more appealing to 21st century taste buds, attempting to create something exciting and unique. The recipe combines minced beef with ingredients such as currants, raisins, candied peel and sherry.

It was inspiring to be able to cook-up a time-honoured meat version of the mince pie, akin to the delicious delicacies our ancestors would have enjoyed during Christmas centuries ago.

Working with AmazonFresh, we’re reintroducing the traditional meat-filled mince pie to our customers’ festive tables – it’s the perfect treat for a carnivore this Christmas.”

Mince pies have a long and rich history, from their medieval origins as meaty, spicy and hefty treats for the wealthy, to the more everyday individual pies we’re more familiar with today.

Over time, the quantity of meat declined from the pies of earlier eras, but the reintroduction of meat still gives a deep and satisfying back note in a fruity confection. Given how long the Christmas mince pie contained meat for, it is apt that one of London’s oldest butchers, C.Lidgate, has created this pie inspired by the past.”

Being able to offer our customers fresh, high quality, innovative foods like these medieval mince pies, is exactly why AmazonFresh works hand in hand with local shops and markets like C.Lidgate.

We’re sure our foodie customers will be experimenting with meat over sweet when it comes to entertaining family and friends this festive season.”

The limited edition Medieval Mince Pie will be available to AmazonFresh customers from Thursday 16h November, priced at £4.50 (450g, serves four to six people). Further information can be found here.

Why is courier insurance so expensive?