Well balanced and eminently drinkable on its own, Bulleit Bourbon 10-Year-Old is bolder that its original counterpart. 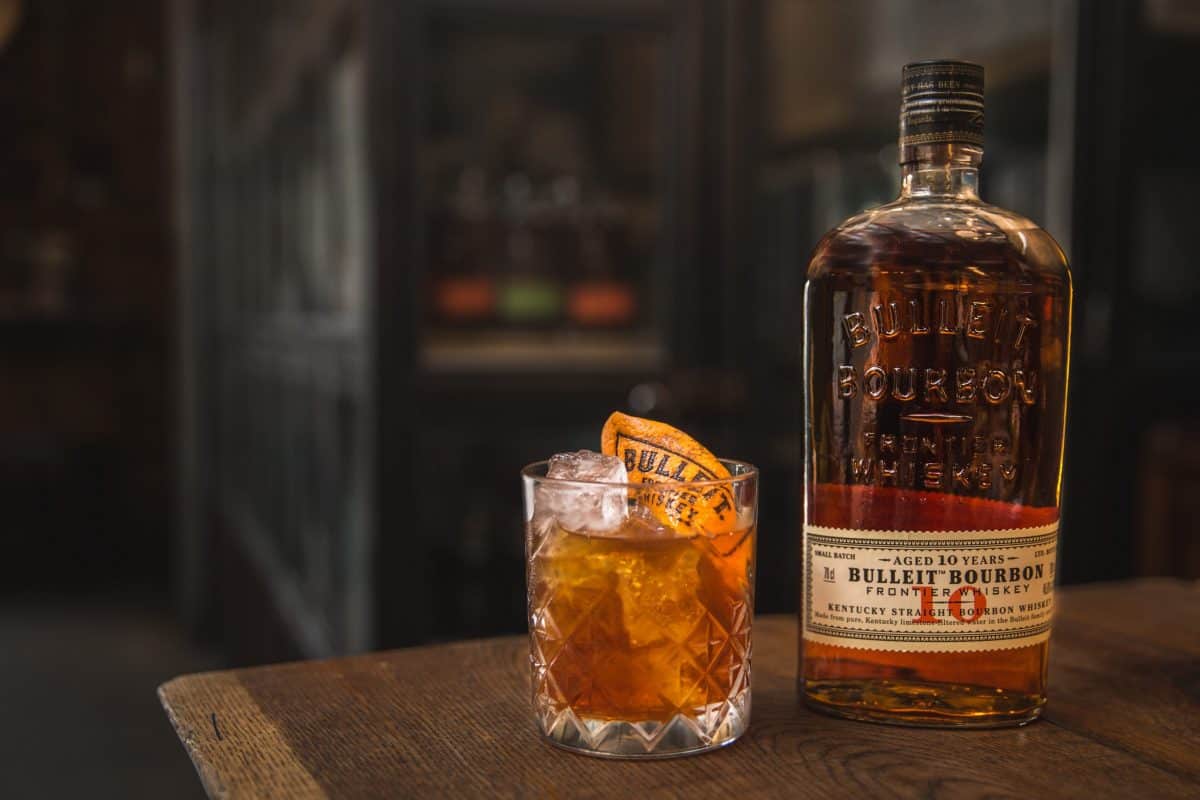 Global drinks brand Diageo has announced plans to open its first carbon neutral distillery. With the capacity to produce up to 10 million proof gallons per year, the new $130 million distillery in Lebanon, Kentucky, will be powered by 100 percent renewable energy, using electrode boilers and renewable energy sources to power the 72,000-square-foot facility. In order to be classed as carbon neutral, Diageo will implement a number of features to eliminate carbon emissions, saving more than 17,000 metric tonnes (equal to removing approximately 25,000 cars from the road for an entire year). These features will include electric vehicles, solar-powered exterior lighting, and lower roofs to minimise heating and cooling needs. Estimated to be operational within the next two years, the distillery will house Bulleit as its flagship.

According to former owner Tom Bulleit, the first batch of Bulleit Bourbon was produced around 1830 by Augustus Bulleit. The recipe has since changed, with Tom having begun distilling his version during the 1980s, characterised by a rye content higher than typical of bourbon whiskey, but lower than the original. The brand wasn’t widely introduced to the US markets until 1999, however, then in the UK, Australia and Germany in 2000. Bought by Seagrams during the late ‘90s, the whiskey was produced by Four Roses in Lawrenceburg, Kentucky. Upon hitting hard times, Seagrams was eventually purchased by Vivendi, who then sold its whiskey brands to Diageo.

While the original Bulleit Bourbon expression has become a household name and a ubiquitous cocktail base, the brand’s only age-statement whiskey – Bulleit Bourbon 10-Year-Old – was launched in 2013, introduced to the UK in 2017. Like the original, the 10-Year-Old expression uses the same mash bill of 68 percent corn, 28 percent rye, and 4 percent malted barley, but is aged for longer and bottled at slightly higher proof (91.2 US proof) – likely reflective of the additional time spent ageing in charred American White Oak barrels.

On the nose, Bulleit Bourbon 10-Year-Old is initially subtle, with aromas of grass, orange, pine sap and typical bourbon elements such as new oak, vanilla and woody caramel, opening up to plenty of rye, cherry and dried apricot. Apricot and caramel are also discernible on the palate, joined by some upfront rye spiciness with savours of white pepper and vanilla pod. Oak’s presence is less powerful than expected considering the ageing time, also accompanied by some feint pine and leather. Well balanced, eminently drinkable on its own and bolder that the original counterpart, the 10-Year-Old has a long, rich finish with vanilla, dried apricot and a whisper of pepper that lingers on the palate.