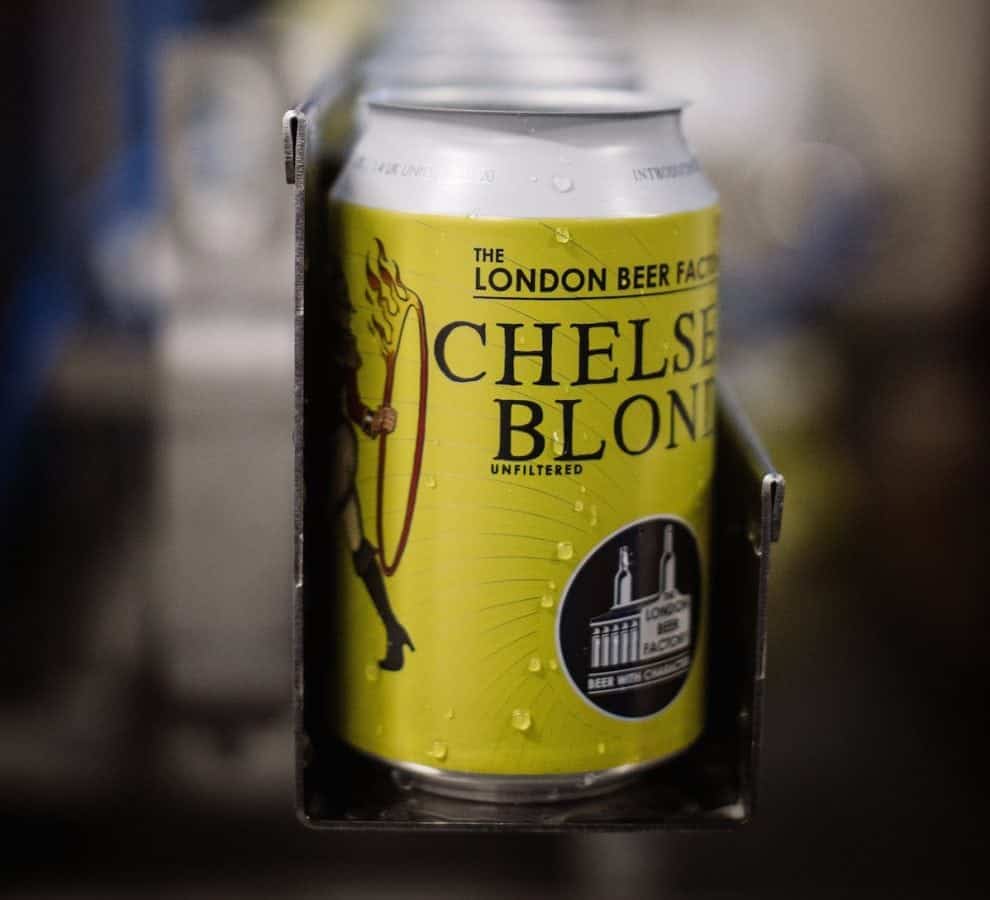 Founded in 2014 by brothers Ed and Sim Cotton, The London Beer Factory operates from West Norwood in south-east London. Dedicated to crafting beers with character, unique flavours and distinctive qualities, The London Beer Factory was also the first ever UK brewery to use 360° cans, with a unique ring pull design that allows the lid to be removed completely, allowing a full spectrum of tastes and aromas to be enjoyed, without the need for any glassware (or washing-up). In addition to running the brewery, the team have recently launched a new venture – The Barrel Project – on a site between Maltby Street Market and Bermondsey Beer Mile. Here, The London Beer Factory’s beers are aged in reconditioned barrels, allowing them to develop complex flavours with profound depth and maturity.

From the brewery’s core range, Chelsea Blonde is brewed with a base of extra pale malts (extra-pale Maris Otter and wheat) and Equinox and Cascade hops, both from America. On pour, Chelsea Blonde is gold and slightly hazy with a foaming white head and plenty of effervescence. On the nose, tame malt notes are married with aromas of lemon rind, very slight papaya, a yeasty bread profile and honey notes typical of Czech pilsner. Some further fruit notes of gooseberry, lychee and some sour apple develop on the palate, though they’re restrained and overshadowed by the beer’s malt profile, more honey and back notes of faintly sour apple. With the fizziness and medium-light body more characteristic of pilsner, Chelsea Blonde has a clean, refreshing finish, complete with underlying floral notes.

Further information on The London Beer Factory can be found here.