Strength: 5.6% ABV Brewed: Woolwich, London Starting life within a humble unit at Woolwich’s Royal Arsenal in 2013, Hop Stuff Brewery has since become one of the fastest growing craft breweries in London. Now with a team of 22 brewers and over 600 investors, Hop Stuff produce over 400 kegs of beer each week, available from the brewery’s own Taproom, as […] 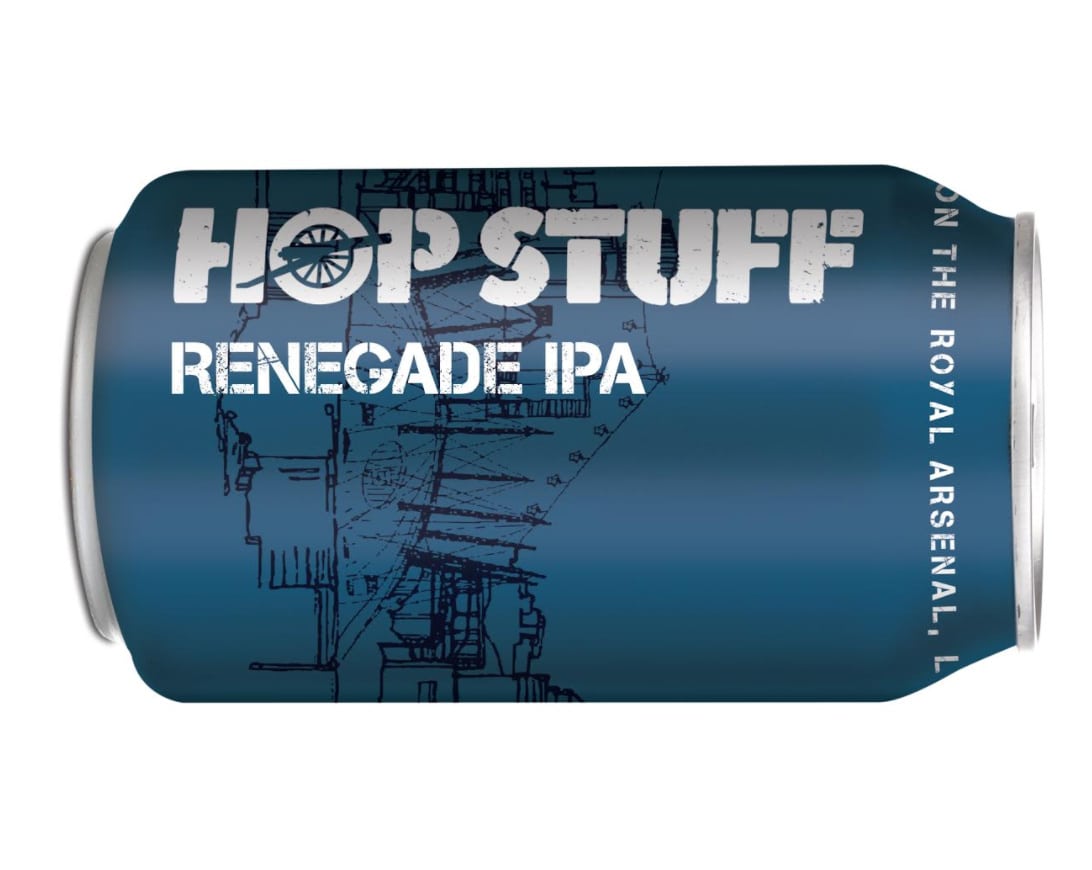 Starting life within a humble unit at Woolwich’s Royal Arsenal in 2013, Hop Stuff Brewery has since become one of the fastest growing craft breweries in London. Now with a team of 22 brewers and over 600 investors, Hop Stuff produce over 400 kegs of beer each week, available from the brewery’s own Taproom, as well as a number of bars and bottle shops. Aiming to ‘provide the perfect access point for those looking to explore the craft beer world’, the brewery has recently begun canning their core range of beers, recently selling their first 12,000 cans through beer discovery box Beer 52.

Speaking on the brewery’s ethos, founder James Yeomans says: “Craft beer ought to be for everyone. Our ethos at the brewery is about making great beer that brings anyone and everyone together. Craft beer is about embracing flavour and enjoying the company of others, so we’re hugely proud of a core range that satisfies these ends. The range spans flavours and ABVs that should please anyone from craft connoisseurs to stalwart lager drinkers. We can’t wait for you to try our beers and enjoy them as much as we do!”

The brewery’s first ever beer, Renegade IPA is inspired by a style popular on the West Coast of America. Brewed with five American hop varieties (Citra, Cascade, Ahtanum, Columbus and Mosaic), the beer’s pronounced foaming head is immediately apparent, exploding from the can if not properly settled. Another explosion follows on the nose with the bold fruit aromas. Prominent tropical fruit aromas from the Mosaic hops include passion fruit, lychee and papaya, joined with further orange juice and grapefruit rind notes. Elsewhere, Renegade’s malt profile is underlying, redolent of Rich Tea biscuits. On the palate, the beer has a dry, full body and medium medicinal bitterness, impeded by some of juicy fruit notes of passion fruit and lychee, plus orange juice and subtle peach.

With a classic refreshing IPA bitterness, Hop Stuff’s Renegade IPA has a long finish with plenty of yeastiness. Indeed, this isn’t the most memorable IPA from London’s craft beer movement, but it’s enjoyable, regardless.

Further information on Hop Stuff Brewery can be found at hopstuffbrewery.com. All of the brewery’s core range cans are available to buy online from eebria.com.

Tags: Beer of the week
Please login to join discussion