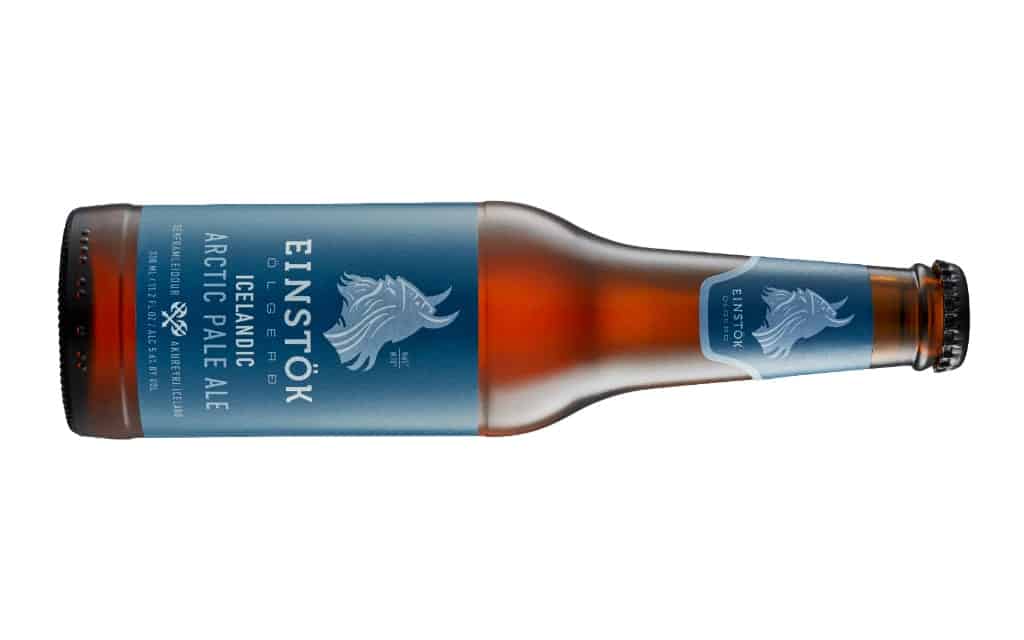 Named after the Icelandic word for “unique” – Einstök Brewery is located within the fishing port of Akureyi, 60 miles south of the Arctic Circle. Boasting some of the Earth’s purest water, which flows from rain and prehistoric glaciers through the Hlíðarfjall Mountain and ancient lava fields, thus allowing the brewery to craft some truly brilliant beers. Three beers currently make up their core range, including a truly remarkable white ale, an equally impressive toasted porter, and a pale ale.

The latter is brewed using two hop varieties, both American Cascade and Bavarian Northern Brewer hops which lend the beer a flavour profile that seems like an American crossover. As a result of the hop variety, the light amber beer is joined by a complex, albeit not overpowering, aroma notably made up of resinous pine notes alongside some bitter citrus peel. What’s more, Einstök’s pale ale is also characterised by a strong malt profile that delivers sweet caramel aromas that carry on into the taste, joining some herbal and floral notes, as well as some soapiness that ends with a very gentle, refreshing bitterness. While the brewery’s pale ale is not necessarily the most exciting member of their core range, it is, indeed, both pleasant and remarkably easy-drinking.

Further information on Einstök Brewery, and their distributors, can be found at einstokbeer.com.

Tags: Beer of the weekEinstök Brewery