By Linda Marric Adapted from Maylis de Kerangal’s fantastic novel of the same name, Heal The Living is the third feature from critically acclaimed French director Katell Quillévéré (Suzanne, Love Like Poison). This beautifully atmospheric and truly devastating piece of filmmaking, is one of the most emotionally charged films of the year. First shown as […] 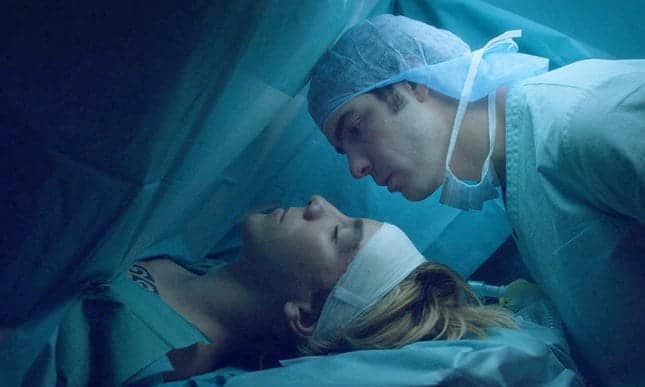 Adapted from Maylis de Kerangal’s fantastic novel of the same name, Heal The Living is the third feature from critically acclaimed French director Katell Quillévéré (Suzanne, Love Like Poison). This beautifully atmospheric and truly devastating piece of filmmaking, is one of the most emotionally charged films of the year. First shown as part of the programme at the London Film Festival in 2016, the film is finally getting a nationwide release courtesy of Curzon Artificial Eye, which is great news for fans of this impressive young director and her beautifully poetic brand of filmmaking. What is so special about Heal The Living, is that there is genuinely no other film that has ever dealt with the same issue in the same way. Quillévéré approaches the controversial subject of organ donation with the respect and the seriousness it deserves without ever resorting to the usual cheap tropes and clichés, the film is as devastating as it informative without ever being preachy or moralising.

Seventeen year old Simon (Gabin Verdet) is a typical teenager, he is full of life and promise of adventure. He rides his bike, hangs out with friends and smokes the odd joint. Above all, Simon loves surfing more than anything else in the world, a hobby passed on to him from his estranged father. When a tragic accident leaves Simon in hospital physically alive, but with no brain function, doctors must act fast to convince his parents to consider having their dying son’s organs donated. Devastated by the news, Simon’s parents are at first shocked and angry at what they consider to be an insensitive demand, but with time running out, it falls upon handsome young surgeon Thomas (Tahar Rahim) to convince them to do the right thing. Rahim is genuinely likeable, and deeply relatable in this role. His ability to convey real compassion towards the family as well as level genuine headedness is beyond impressive.

Anne Dorval stars as Claire, a heart disease sufferer with two college-age sons who is given a second chance at a normal healthy life, a chance she must seize or risk losing her battle with a debilitating disease that has left her barely able to walk. Staring alongside Dorval is the always brilliant Finnegan Oldfield as the older of the two sons. Oldfield puts in another fantastic performance, further cementing his reputation as one of the most versatile French actors of his generation.

Heal The Living may not be for the faint-hearted, having seen it described by some as one long commercial for organ donation, it’s important to point out that the film is so much more important and urgent than that. Quillévéré not only understands the value of the message she’s trying to put across, but she also manages to avoid falling into the usual trap of over-dramatising, settling instead for an honest and touching story. Her ability to convey the sadness as well as the hope that can come from this practice, is one of the most impressive things about her. A heartbreakingly gut-wrenching story that is sure to stay with you for a long time.

Heal the Living is in cinemas from Friday April 28th.