Sometimes, it can feel like a hard slog looking for a great film to enjoy on a Friday night after a long week.  More often than not we turn to the cinema to get our film fix, and rightly so, because every week, especially at the moment, you’re pretty much guaranteed to find something interesting.  […] 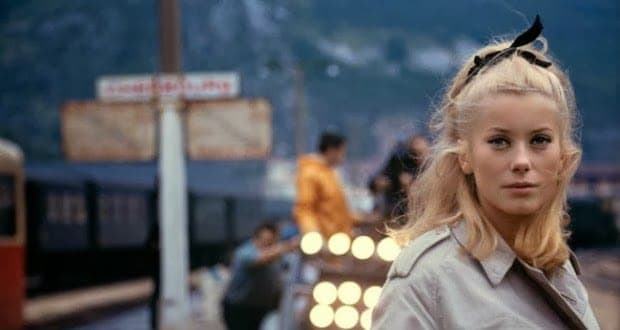 Sometimes, it can feel like a hard slog looking for a great film to enjoy on a Friday night after a long week.  More often than not we turn to the cinema to get our film fix, and rightly so, because every week, especially at the moment, you’re pretty much guaranteed to find something interesting.  The sad truth is, if you come from a family like mine, when you’re not donning your best dress for a Friday night outing to the local picture palace, you’re probably sitting in front your DVD collection, or, for those of you who have committed to the £ 7.99 monthly subscription fee for Netflix, furiously scrolling through endless tiles of film titles trying to pick between the same three films you watch every Friday.

So, voila, my solution to the age old question, “what are we going to watch tonight?” was born, a weekly recommendation for a Friday night film.  A humble attempt at bringing a mixture of great films, some, titles stowed away on the bottom shelves of film history, slowly collecting dust, all but forgotten and others, shining gems pushed out of the forefront of your memory by a long week and that to-do list you keep adding things to, to the comfort of your front room TV.  And now, with a year’s worth of Forgotten Film Friday under our belts, I thought I’d put forward my five favourite picks.

The Umbrellas of Cherbourg

A bittersweet love story, dripping in melancholy, Jacques Demy’s 1964 classic, The Umbrellas of Cherbourg, reinvented the musical and took home that year’s Palme d’Or.  But, the film stock aged, the picture’s beautiful colour faded and sadly so did the film.  It wasn’t until 1994, after it was restored by Demy’s wife, Agnes Varda, that the wonder of The Umbrellas of Cherbourg was re-introduced to cinemas in all its glory.

The story of two star crossed lovers, auto mechanic, Guy (Nino Castelnuovo) and umbrella saleswoman, Genevieve (Catherine Deneuve), The Umbrellas deviates from the Hollywood musicals made popular by MGM and substitutes all the glitz, glamour and high energy performances for a quiet opera-esque approach.

Demy described The Umbrellas as a “film in song,” and it’s just that, entirely sung, from the opening credits all the way through to the closing.  There are no big numbers or choreographed dance sequences, just the quiet, beautifully sung conversations.

There is so much to be said and enjoyed about the subtle and nuanced performances of Catherine and Nino and the everyday ordinariness of their character’s lives as well as the beautiful pastel colours that decorate their world, creating a hyper-reality that offsets the rain sodden melancholy of these two doomed lovers.

Wake in Fright, directed by Canadian, Ted Kotcheff and scripted by Jamaican born Brit, Evan Jones, is credited as the film that kick started the Australian New Wave.  It was nominated for a Palme d’Or, widely celebrated by critics, but reviled by the Australian public and before it could take the rest of the cinema going world by storm, it faded into obscurity.  Not until 40 odd years later, when the negatives were found in a box marked for destruction, was the print restored and the film finally given the attention it so rightly deserves.

The story centres on John Grant (Gary Bond), a young government bonded teacher, who stops over in the small mining town of Bundanyabba on a trip back to Sydney.  What ensues is a drunken fever dream that unravels into a sun baked, waking nightmare populated by sweaty, red-faced men grinning widely between mouthfuls of warm beer.

Seen as a scurrilous and unsympathetic portrayal of the value Australians hold most dear, Mateship, Wake in Fright observes the impact of isolation on civilization and the consequences of an  uncompromising environment on the human spirit.  John Grant’s freewheeling weekend odyssey and quick descent into debauchery is a visceral exploration of the monster within man.

Tampopo, the “ramen western,” tells the story of Tampopo (Nobuko Miyamoto), a single mum who, after the death of her husband, has taken over his now failing noodle bar.  When Gorô (Tsutomu Yamazaki), a trucker, roles into town one rain sodden night and stops by Tampopo’s noodle bar for a late night snack, only to be disappointed by the meal he is presented with, he takes it upon himself to help Tampopo transform her restaurant into the best it can be.

This is a film packed with the kind of hearty warmth you find in the film’s signature dish and ultimately, it is about the unifying and communal nature of food.  It is spirited and warm and moving and whilst we always know that Tampopo’s restaurant is guaranteed to enjoy eventual success, it is a total delight to travel the length and breadth of the narrative as she struggles to get everything just right.

What really makes Tampopo so special are the tangential side stories that break the film up.  They are delicious little micro narratives all bound by food that serve nothing to progress the film’s overall plot, but work as the seasoning that helps to give the film its rich depth of flavour.

Released in 1966, John Frankenheimer’s sci-fi thriller, Seconds, never found an audience and was so poorly received at Cannes it was booed.  The commercial popularity of screen heartthrob, Rock Hudson, coupled with the art house style of the film subverted viewers’ expectations, leaving the bitter taste of “this isn’t what I paid to see” on the tongues of their cinema-going mouths.  But, over the years, the film has slowly cemented itself as a cult classic.

Arthur Hamilton (John Randolph), a dissatisfied, middle aged banker is persuaded by an old friend to visit a mysterious company who promise a new life.  After undergoing a procedure, Hamilton takes on a new look and life as a successful artist, Antiochus Wilson (Rock Hudson).

The third instalment of Frankenheimer’s paranoia trilogy, Seconds is an indictment of post-war McCarthyist America.  The film scrutinizes the American dream, trivialising consumerism and its pursuit, as Arthur Hamilton is made to reflect on his life and conclude that it is not fulfilling.  It all comes crashing down, Arthur becomes Tony, given the life he most wanted and yet remains unfulfilled.  The takeaway, rebirth is spiritual not physical.

Seconds is a frightening musing on middle class despair and identity.  It’s a visual fever dream, the claustrophobic world of stiff collars and grey suits is dizzying and when considered in the context of Rock Hudson’s sexuality, Seconds can also be read as the psychological struggle of closeted homosexuality.

Released in 1951, Samuel Fuller’s The Steel Helmet was the first Korean War film ever made and although lacking in the gritty surface realism of war, many a great war film owe a credit to this picture.

In the wake of World War Two, Hollywood churned out films where conflict was easily defined and compartmentalised into good vs. evil.  The moral complexity behind conflict, although not entirely ignored, was generally circumnavigated.  With The Steel Helmet, Fuller puts on a scuba suit and dives straight in.

Hard bitten G.I., Zack (Gene Evans), teams up with a rag-tag platoon of American soldiers tasked with setting up an observation point at a nearby Buddhist temple, the location of which is known by a local Korean boy.  It’s not long before they are infiltrated and the post comes under attack.

The Steel Helmet is informed by Fuller’s background as a crime reporter and World War 2 experiences, giving the film a tabloid-y, search for the truth, searing honesty that cuts through theatrics to the brutal core of a soldier’s experience.  Through the muzzle flare and gun smoke, Fuller also boldly addresses the hypocrisy and complexity of America’s race relations, highlighting an ugly truth in a country that prides itself on freedom and equality.

The end result is a tough portrayal of the madness and futility of combat that trades in Hollywood heroics for a true to war experience years ahead of its time.