By Michael McNulty The end of another work week and it’s time to kick back in front of the box and settle into another great film. TGIFF: Thank God it’s Forgotten Film Friday. John Frankenheimer’s Seconds is a science fiction thriller with a pinch of horror delicately sprinkled over top. Released in 1966, the film […] 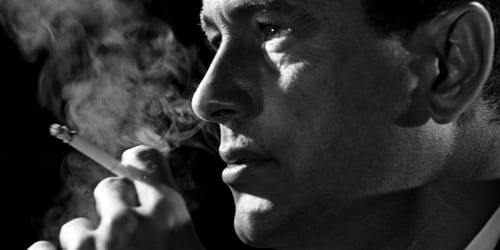 The end of another work week and it’s time to kick back in front of the box and settle into another great film. TGIFF: Thank God it’s Forgotten Film Friday.

John Frankenheimer’s Seconds is a science fiction thriller with a pinch of horror delicately sprinkled over top. Released in 1966, the film never found an audience and was so poorly received at Cannes it was booed. This was the result of the commercial popularity of screen heartthrob, Rock Hudson, coupled with the art house style of the film which subverted viewers expectations, leaving the bitter taste of “this isn’t what I paid to see” on the tongues of their cinema-going mouths. But, like Arthur Hamilton, Seconds, found new life and over the years has cemented itself as a cult classic.

Tipping the far end of the scale of middle age, Arthur Hamilton (John Randolph), a dissatisfied banker, is persuaded by an old friend to visit a mysterious company who can promise a new existence. After undergoing a procedure, not dissimilar to our modern day capabilities of plastic surgery, Hamilton takes on a new look and life as a successful artist, Antiochus Wilson (Rock Hudson). Seconds is a frightening musing on middle class despair and identity.

Sitting as the third instalment of Frankenheimer’s paranoia trilogy Seconds is an indictment of post- war McCarthyist America. Many of the actors used in the film had themselves been victims of the blacklists that plague the film industry. The film scrutinizes the American dream, trivialising consumerism and its pursuit, as Arthur Hamilton is made to reflect on his life and conclude that it is not fulfilling. It all comes crashing down, Arthur becomes Tony, given the life he most wanted and yet remains unfulfilled, the takeaway, rebirth is spiritual not physical.

Adding another dimension to the film is the context of Rock Hudson’s sexuality, allowing Seconds to also be read as the psychological struggle of closeted homosexuality. Arthur Hamilton confesses, prior to undergoing his transformation, to not having been affectionate with his wife in a long time. The relationship he shares with old college buddy, Charlie, and then, as Tony Wilson, with his butler suggest an underlying homoerotic tension.