By Michael McNulty The Last Wave, released in 1977 and directed by Peter Weir, was the film that introduced the director to American audiences. Although Picnic at Hanging Rock, the film that brought Weir and Australian New Wave cinema onto an international stage, had come out two years previous it wasn’t released in the States […] 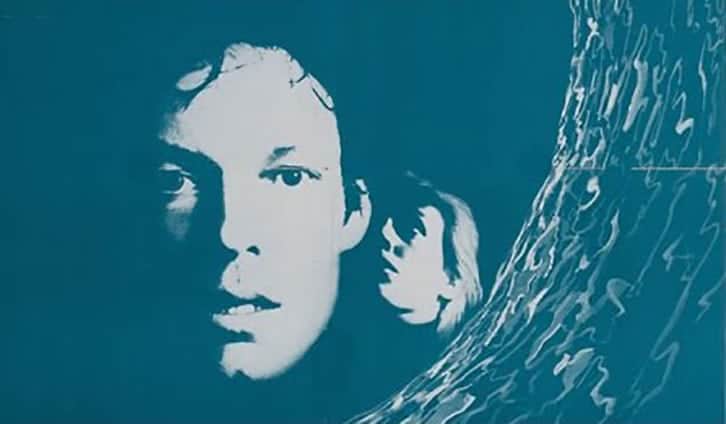 The Last Wave, released in 1977 and directed by Peter Weir, was the film that introduced the director to American audiences. Although Picnic at Hanging Rock, the film that brought Weir and Australian New Wave cinema onto an international stage, had come out two years previous it wasn’t released in the States until 1979. The Last Wave, like Picnic, delves into the worlds of fantasy, mystery and the occult.  It is a moody genre film that offers much more.

In a small rural town buried deep in the arid Australian Outback, a beautifully clear day is hit by a sudden storm. Rain becomes melon sized hail and a group of recessing school children have to run and take shelter in their classroom. The hail stones smash through the classroom windows and see one boy slashed by a flying shard of glass. And so opens The Last Wave, introducing the slow rise from tension to terror that is the film.

Corporate tax lawyer, David Burton (Richard Chamberlain), is asked to take a case representing five Aboriginals, one of whom is played by David Gulpilil, who have been accused of murdering a sixth. The murder is shrouded in mystery, the victim having been found dead near a puddle with a small amount of water in his lungs. The accused are adamant of their innocence, but tight lipped in divulging any information as to what really happened. It becomes clear to David that the men fear something greater than death, and so he endeavours to find out what and in doing so comes to uncover some startling truths about them, himself and his own ancestry.

What ensues, under the guise of a fantasy mystery film, is an exploration of the cultural disconnect between Aboriginals and urbanized Western society. David is introduced to the Aboriginal narrative Dreamtime and as the rational lawyer struggles to come to terms with a perception that is foreign to him.

Weir paints an Australia very different to the one regularly captured on film in the thick oranges and reds that have come to define the countries landscape. He instead bathes the film in shades of blue and sets the plot against raging storms, creating a moody, mysterious world that feels completely alien.

In Weir’s version of Sydney, the city is built on top of a forgotten Aboriginal tribe’s land, with the tribe having been forced underground into the city’s sewage system. This highlights the dichotomy of Western and Aboriginal cultures, representing urban society’s attachment to the material world and their disconnect to the natural world, as well as serving as potent reminder of the attempts made to force Aboriginal culture out.

This is a difficult film to make, and it’s not without its flaws. Weir looks at a culture that is hugely complex and for some it may feel touristy. However, he handles the subject with care and creates a beautifully frightening dreamlike world that is stuffed with some truly amazing visuals, car submerged in water, frogs falling from the sky and powerful thunderstorms. If you saw Picnic at Hanging Rock, or even if you didn’t, this is a must see.