Okay, what do I write here? So far, Flashbacks To 93 has consisted of a mix of movies I’ve seen and love, ones I’m revisiting after a long time away from them and a few that I’d never seen before. I think it’s been going well. Even when I’ve not been wild about the films, […] 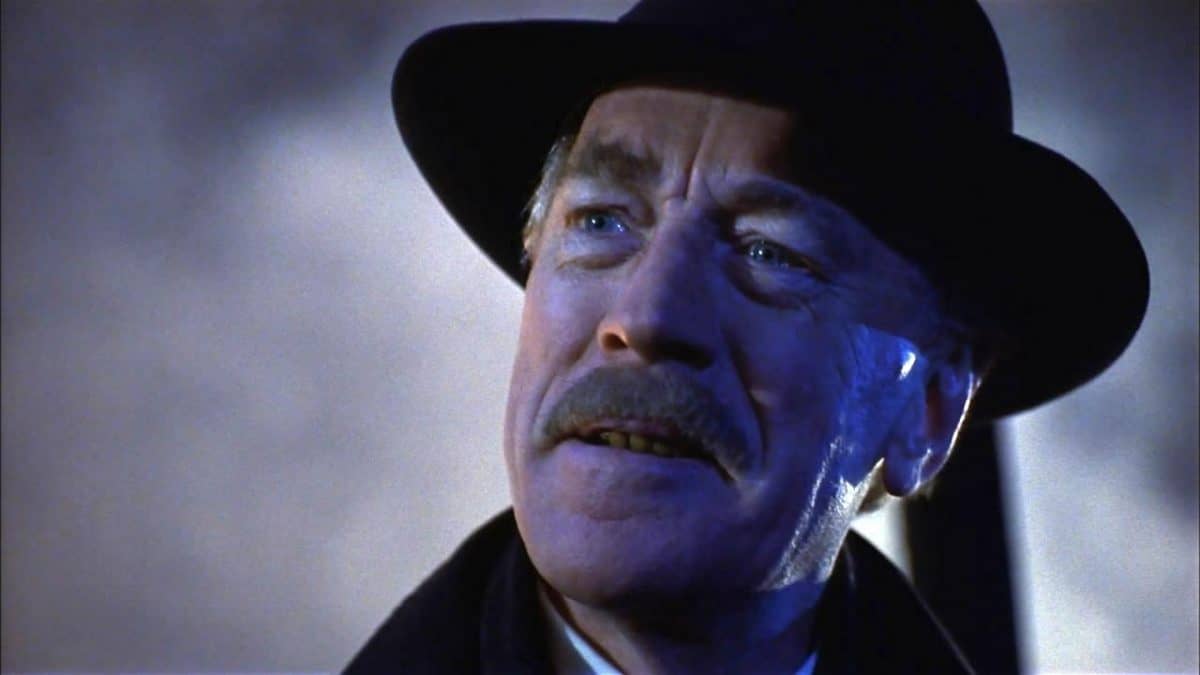 Okay, what do I write here? So far, Flashbacks To 93 has consisted of a mix of movies I’ve seen and love, ones I’m revisiting after a long time away from them and a few that I’d never seen before. I think it’s been going well. Even when I’ve not been wild about the films, there’s been something interesting to say, whether looking back at my childhood love of the characters for Teenage Mutant Ninja Turtles III or gawping in wonder at the trainwreck of Super Mario Brothers. Other films, like Dave or Falling Down, threw up political context that made them feel fresh and others shone a different light on their cast (the comparison between Mad Dog and Glory and This Boy’s Life, for instance). This time, I confess, I’m stuck.

I hadn’t seen Needful Things before and if I had I probably wouldn’t have picked it for this series, because it’s just not much good. It’s not awful, so you can’t really look at it and laugh at its ineptitude or absurdity. It’s also not very interesting, it doesn’t deal in any metaphor that ties into the events or politics of its day or appear insightful in retrospect. It’s just a fairly rubbish, very episodic, horror movie with an overqualified cast.

Adapted from the book by Stephen King, the story sees an old man named Leland Gaunt (Max Von Sydow) arrive in the small town of Castle Rock, Maine to open a store called Needful Things. Anyone who comes in to the store somehow finds the exact thing they most want and, in exchange, Gaunt takes a small amount of money and asks the customer to do him a service. The items, however, are costlier than they initially seem, and the town descends into chaos under Gaunt’s malign influence.

At 690 pages in hardback, Needful Things may not be King’s longest book, but it seems a tall order to fit its events into feature length. This two hour cut is actually shortened by an hour from the director’s cut, which screened on TV. This may go some way to explain why the film feels so graceless, with its characters and conflicts underdeveloped and the whole feel being that of two hour long episodes with act breaks.

Alongside Von Sydow, the film stars Ed Harris as the local Sheriff, Bonnie Bedelia as his diner owning fiance and the late JT Walsh as a corrupt local politician. The good news is that Von Sydow is ideally cast. The nature of his character is obvious very early, but his imposing presence and voice and the slight hint of mischief he gives the character are particularly effective. He’s also at the centre of director Fraser C. Heston’s best images, including a memorable silhouetted shot in which he looms over the town, indicating how his power is enveloping it. Unfortunately, when it comes to the other performances and to the film as a whole, the tone is wildly inconsistent. Early on it seems that Heston and writer W.D. Richter are going for a creepy tone as the town’s residents each buy their ‘needful things’, but these sequences feel repetitive, are fairly dull, and often don’t play into the plot in their own right, as I imagine they would have in the book or the director’s cut. However, the second half of the film goes increasingly over the top as the town loses its collective marbles and people begin turning on each other. Unfortunately, Heston allows the performances to be so overblown – without exploiting them for comedy – that the idea the film is going for that each of us might only need one little push to become a violent monster, is neither very credible nor especially scary. With a more serious tone this could have felt like it was saying something about the contemporary state of America, where a populace that is often armed can be goaded into violence often by a somewhat trivial insult. Unfortunately what we have here is a film off balance between the blandly decent Ed Harris (solid as ever, but struggling against a thin character) and JT Walsh’s hamming.

The film introduces a lot of threads that simply peter out. The kid who is Needful Things’ first customer tries to kill himself, he survives but never appears again, though there are definite questions to be asked about whether he was under Gaunt’s control at that moment. The political corruption storyline could also have been interesting, but again the film never digs into whether this indicates that Keeton might be particularly vulnerable to Gaunt, or whether Gaunt might have had his hooks in him from afar. It also never explores why Harris’ sheriff never seems in danger of being corrupted, the idea of a truly contented man being Gaunt’s most imposing foe could be an interesting one, but the film never looks very deeply.

There are at least some attempts to say something about the veneer of community and how it covers petty hatreds and rivalries, but again we never spend enough time in the town before Gaunt turns up to have a foothold in it and to care about the people there. On occasion, things do click into place. Easily the creepiest storyline involves Bedelia’s Polly, who has arthritis, being given a necklace that immediately cures her. When she’s eventually c that Gaunt is evil, she removes it and her hands immediately become more gnarled than we’ve ever seen them. Had the rest of the film plugged into nightmares as primal as this, it might have been effective, but as it gets sillier and sillier, these little moments become ever rarer.

As I said at the beginning, Needful Things isn’t the worst film I’ve seen for this series, but it’s definitely the least interesting and the one that felt the longest and was the hardest slog to get through. There’s probably a better film to be made of this book, and maybe elements of it will sneak into the Castle Rock TV series, but I can’t say I’ll ever feel a need to watch this again.