In 2014, Antoine Fuqua’s screen adaptation of the popular 1980s series The Equalizer took the box office by storm and went on to break more records by making almost 4 times more than it cost to make, not least thanks to the star power of its lead actor and all around Hollywood nice guy Denzel […] 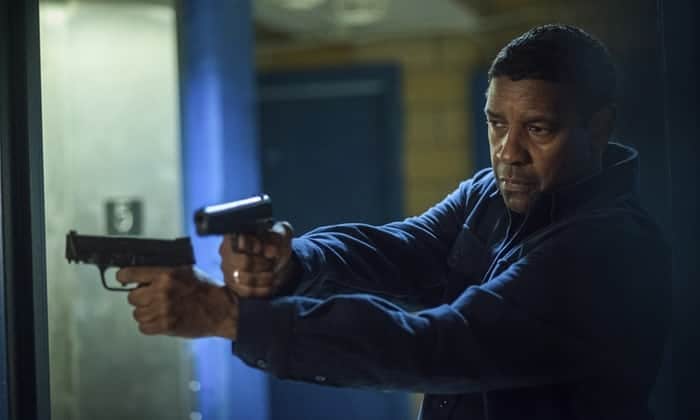 In 2014, Antoine Fuqua’s screen adaptation of the popular 1980s series The Equalizer took the box office by storm and went on to break more records by making almost 4 times more than it cost to make, not least thanks to the star power of its lead actor and all around Hollywood nice guy Denzel Washington. Now back for a second outing with the unimaginatively titled Equalizer 2, Fuqua offers up pretty much more of the same action-packed vigilante themed nonsense, but fails to inject anything new to this rather limp and predictable sequel.

We are reunited with former US Marine Robert McCall (Washington) who now leads a seemingly modest existence as a cab driver. To his unsuspecting clients, Robert is just another middle-aged man trying to make ends meet, but in reality, faced with injustices and mindless crime, the long-thought-dead former soldier has decided to take matters into his own hands by attempting to set the balance straight. Handing out punishments to all manner of criminals, rapists and child abductors, Robert has learnt that there’s only one language these criminals understand, his fist.

The story gets further complicated when Robert’s long-time friend and confidante Susan Plummer (Melissa Leo) is ambushed and killed in a what seems like a robbery gone wrong. Soon, Robert must face up to his own past in order to avenge the killing of his friend and bring her killers to justice.

While it should be noted that Denzel Washington is still able to commend a huge deal of respect and gravitas in any given role, it’s also worth pointing out that no amount of good acting could save The Equaliser 2 from being inconceivably mundane, contrived and not to mention utterly forgettable. Washington, who broke his own “no sequel” rule in reprising this role, is as impressive here as in any of his many Oscar-nominated turns, however the lack of a decent and coherent narrative or plot is what ultimately makes this film seem rather limp and unnecessary.

On the whole, director Antoine Fuqua’s inability to take bigger risks is what stops the film from being nothing more than another violence heavy, and overly moralising production which in the end brings very little value to an already well furnished genre. Perhaps one the most frustrating things about this sequel resides in its inability to stick with one thread long enough to keep its audiences focussed on the job at hand. Fuqua and writer Richard Wenk seem to delight in building up expectation, only to leave you high and dry. Relying mostly on exposition and lengthy fight sequences, The Equaliser 2 fails to deliver completely on its initial promise, and in the end we are left with a feeling of deja vu which is never a good look for any given sequel.