The youth, one of six teenagers arrested in connection with the shocking violence, has also been charged with a drugs offence

A 15-year-old schoolboy has been charged by detectives probing a mass fight in which four teenagers were stabbed.

The youth, one of six teenagers arrested in connection with the shocking violence, has also been charged with a drugs offence.

Police say the most seriously injured of the victims of the bloodbath, all believed to be 15 or 16, has now been taken off the “critical” list.

But he remains in a “serious but stable” condition in hospital, along with one of the other victims who is said to be “stable”. The other two victims have been discharged after treatment.

All four were stabbed in broad daylight during a mass brawl involving several youths on the Elmington Estate in Camberwell, south east London, on Thursday afternoon. 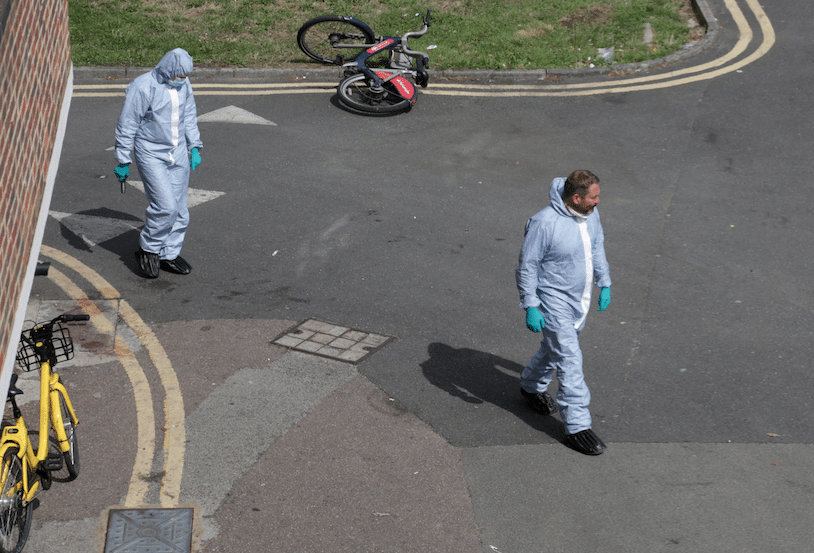 Detective Inspector Luke Williams, of Southwark Police, said: “A youth has been charged in connection with an incident in which four males sustained stab wounds following an altercation in Camberwell.

“The 15-year-old was charged with possession of a bladed article and possession of cannabis and has been bailed to appear at Camberwell Youth Court on September 5th.

“The remaining five who were arrested, all aged between 15 and 16, were bailed to return to a south London police station in mid-September.

DI Williams, who said the investigation was ongoing, added: “This incident saw another act of serious violence on our streets and is unacceptable.

“I appeal to anybody who saw what happened or has any information about the events which took place in Camberwell on Thursday to contact us; we need the support of the local community in order to bring those responsible to justice.

“There is a Section 60 and a number of dispersal zone in place across Southwark and some parts of Lambeth.

“We have additional officers on patrol from the Violent Crime Taskforce and the Territorial Support Group in order to reassure that we continue to treat this incident with the utmost seriousness.” 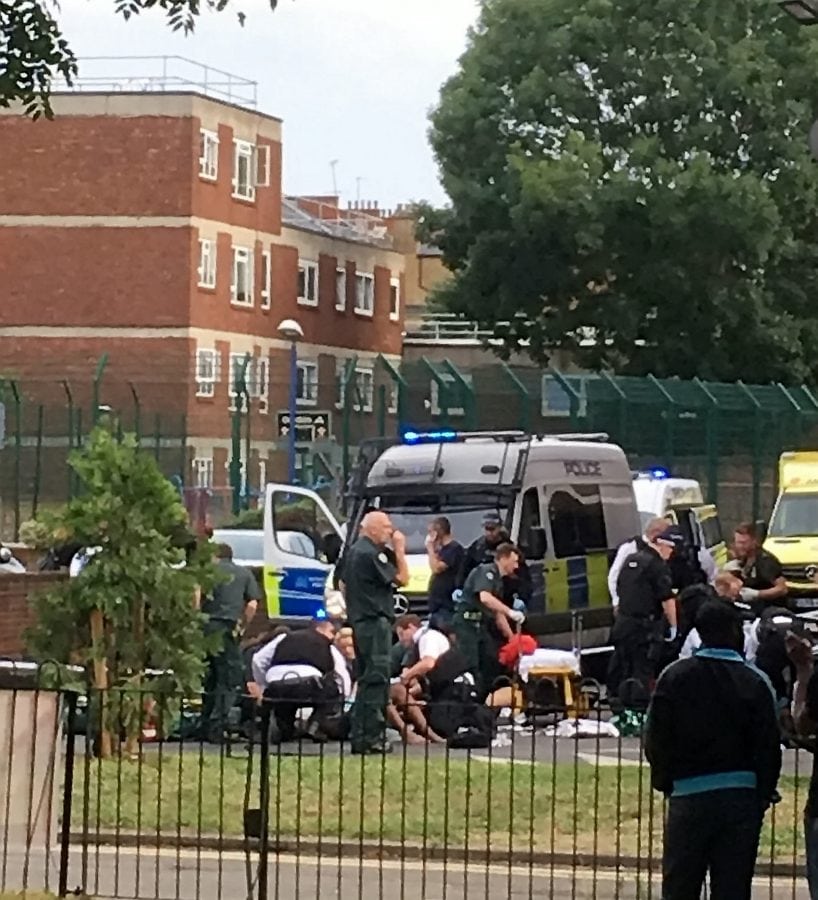 Shocking photos taken by locals show one victim, a teenager, surrounded by a huge crowd of police as he was treated by paramedics. 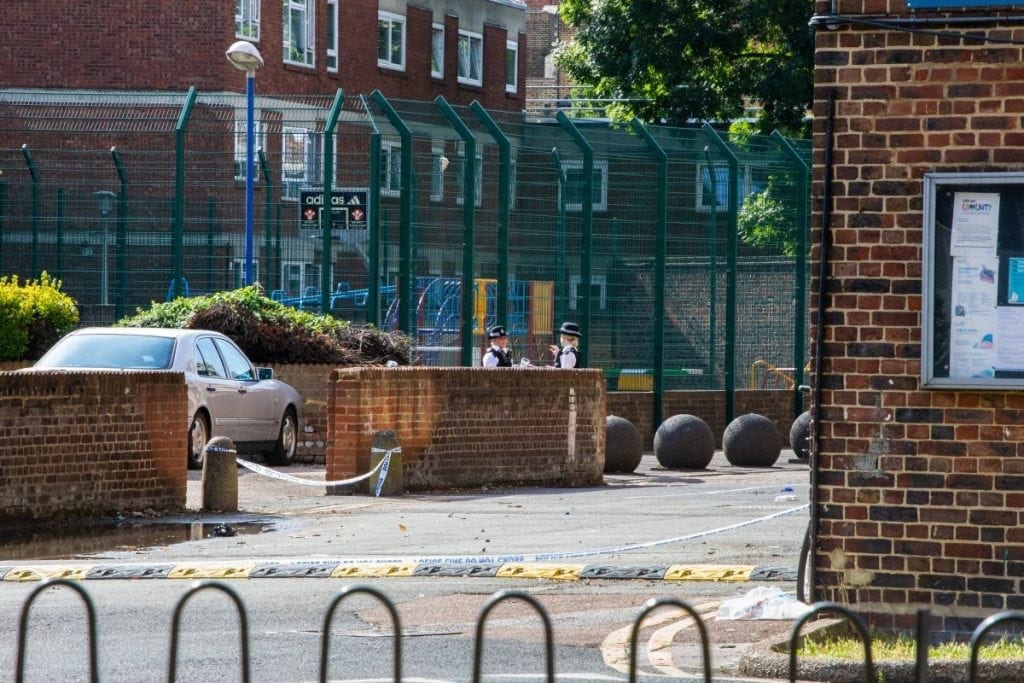 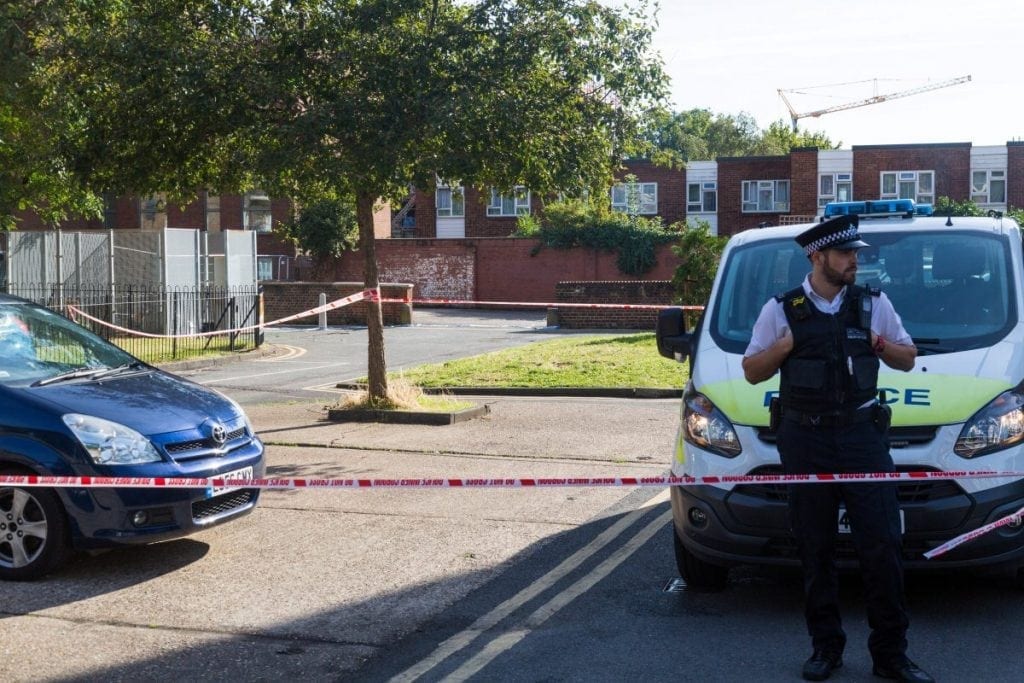 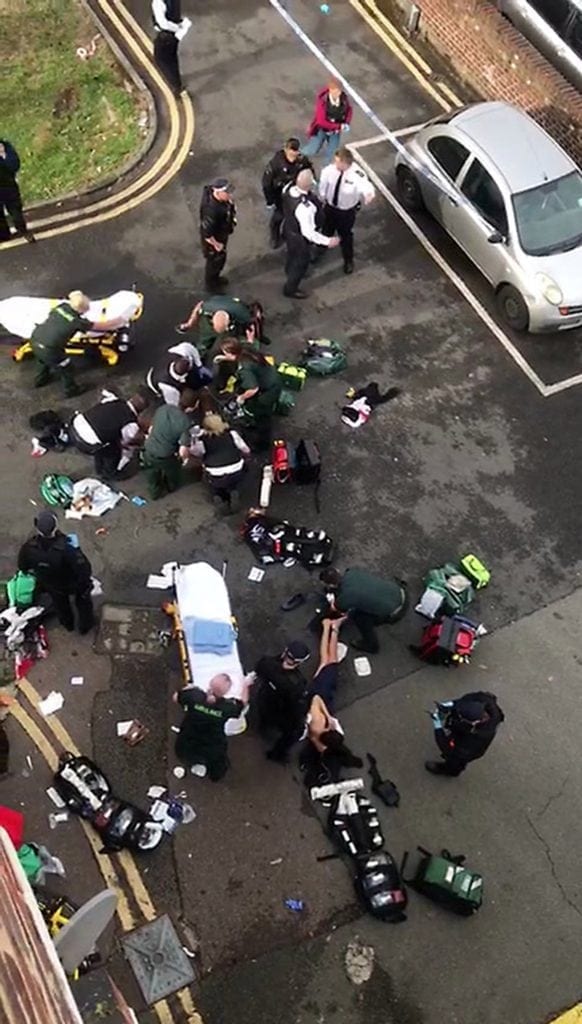 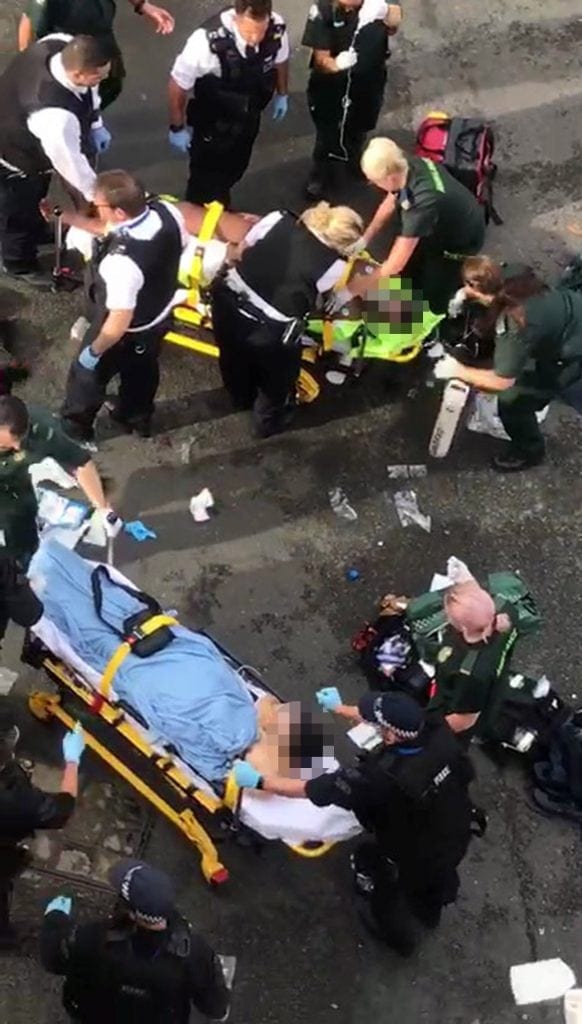 The scene had been cleaned of blood this morning but a police cordon remained around the grassed area where the stabbings happened. 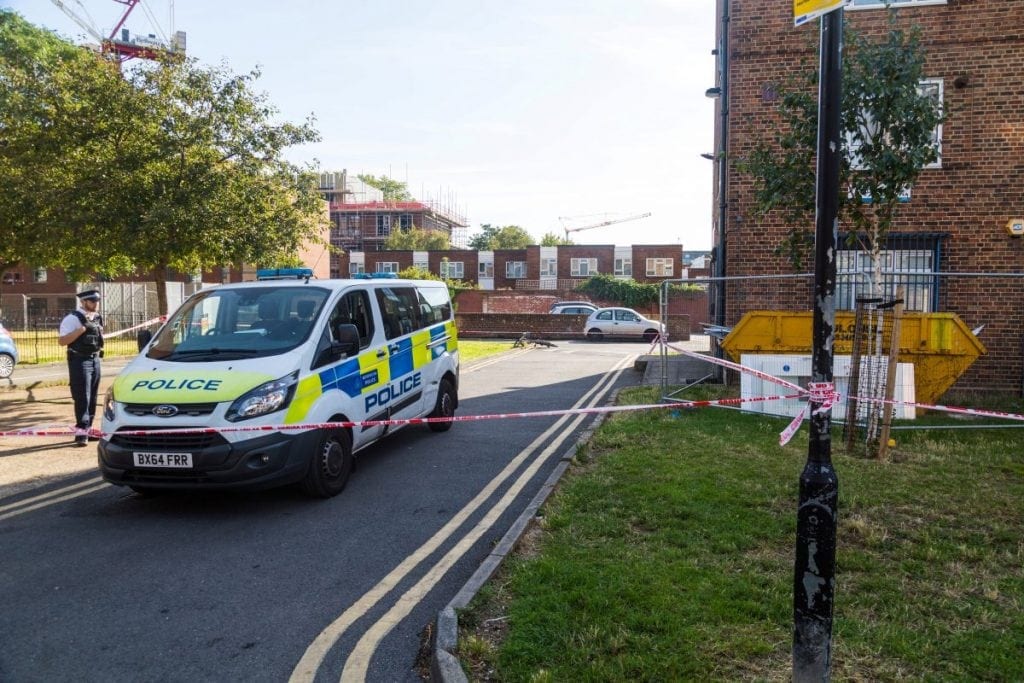 Forensics teams were also last night combing a flat where a man became the victim of London’s third fatal stabbing in just 48 hours, just a mile away from the horrific knife fight in Camberwell.

Detectives searched the property in Leysdown House, near Old Kent Road in south east London, after the victim, in his 50s, was found with multiple stab wounds.

Neighbours said the victim lived in the building with his elderly sister, named locally as Pat, who was with friends in a nearby flat at the time.

A woman, said to be the victim’s daughter, arrived at the scene at around 4pm before she was taken into the back of an ambulance which was parked outside the block.

A local man described how the victim’s daughter pulled up in a car before running up to the ambulance.

He said: “She got out of the car and started crying and running towards them. She’s in the back of the ambulance.”

Two marked police cars and a forensics van remain on scene as officers quiz neighbours about what happened in the flat.