'Did Charles cast himself?' asked one confused Twitter user. 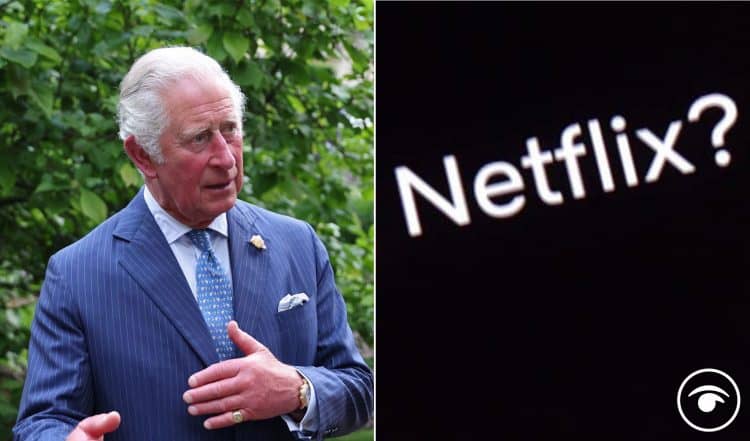 Netflix has unveiled the first look at Dominic West and Elizabeth Debicki as the Prince of Wales and Diana, Princess of Wales in the fifth series of The Crown.

Upcoming episodes of the streaming service’s lavish period drama will see The Wire star West take over the role of Charles from Josh O’Connor, while The Night Manager actress Debicki will replace Emma Corrin.

Imelda Staunton will take over the role of the Queen from Olivia Colman, while Jonathan Pryce will replace Tobias Menzies as the Duke of Edinburgh and Lesley Manville will take on Princess Margaret, following in the footsteps of Helena Bonham Carter.

In the photos, West can be seen looking out of the frame in a shot taken outdoors, with his hair smoothed down into a side parting and one hand in the pocket of an olive-coloured suit.

The tailoring is teamed with a yellow handkerchief in his top pocket and a striped tie.

There were a lot of people who questioned the casting of West in the role of Charles.

the crown has been very generous with charles’ looks

Dominic West playing Charles is too funny to even contemplate.

Dominic West being cast as Prince Charles for The Crown is like Margot Robbie being cast to play me in The Popcast. And I am STUNNING. pic.twitter.com/0wuATaBW68

Dominic West is far too hot and Irish for this

Dominic West is too beefy to play Charles imo! pic.twitter.com/swHLiGd8Du

In what universe does this man look like Dominic West pic.twitter.com/FQ4pqRVM9J

Look, I’m obsessed with THE CROWN. But casting Dominic West as Prince Charles is the dictionary definition of a stretch pic.twitter.com/Lqstv4jeQA

Did Charles cast himself!? pic.twitter.com/g6aAU7nD7n