The Vikings star talks to TLE all about female warriors, her role as Helga, and boarding school vibes on set… What attracted you to the role of Helga, are there any similarities between you? She came into the script as this kind of carefree, Viking hippie, who was a fundamental pagan. She was kind of […] 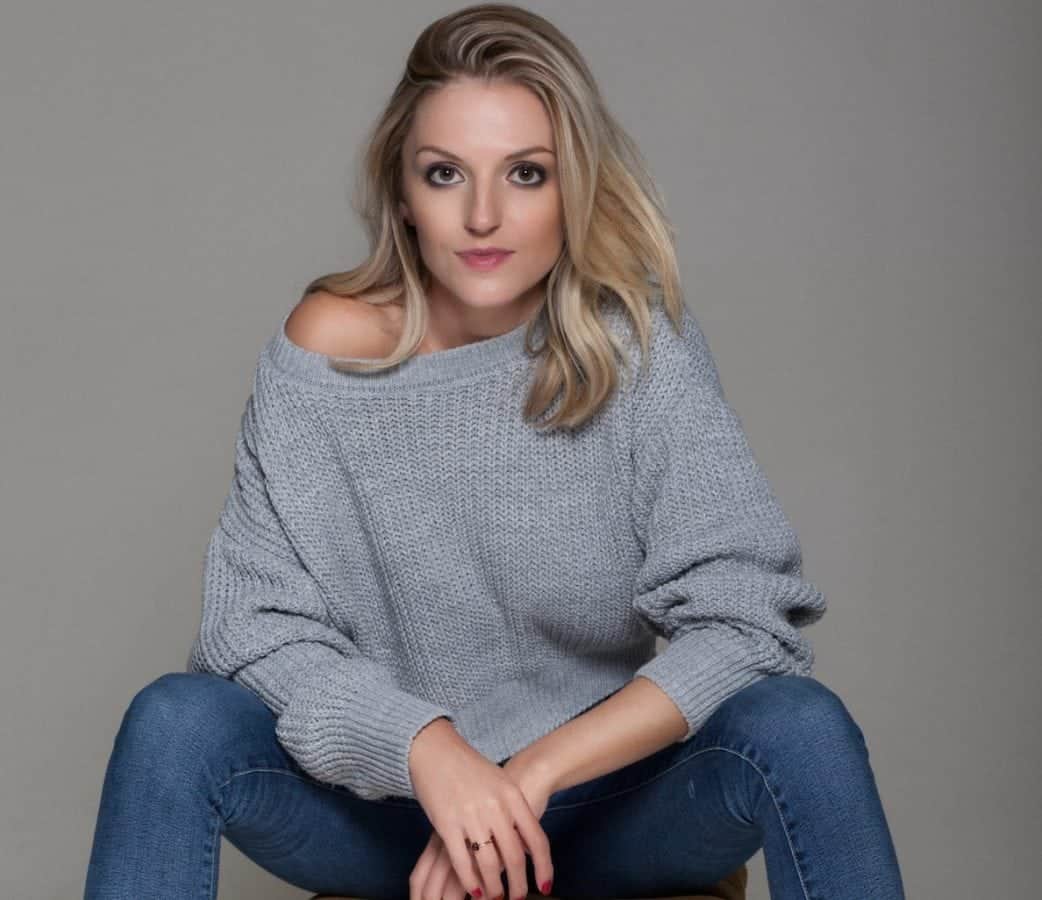 The Vikings star talks to TLE all about female warriors, her role as Helga, and boarding school vibes on set…

What attracted you to the role of Helga, are there any similarities between you?

She came into the script as this kind of carefree, Viking hippie, who was a fundamental pagan. She was kind of a wild character, and that’s always a fun thing for an actor to play. She’s become a strong, independent woman who’s had to deal with huge traumas, and I think what I recognise in myself in her is a huge amount of empathy, and a love for people. Loyalty is another thing, and intrigue in other people – a constant wanting to help and ask questions.

She’s described as a little bit of an outsider, do you agree with that?

I definitely agree with it in terms of Helga and Floki, my husband in the show. We’ve certainly become the outsiders due to Floki’s mental health issues. But I think Helga has this kind of, want, to be part of the gang again, and she’s worked hard to establish those relationships with other people.

Floki has struggled with mental health throughout the series, do you think it’s important to show mental illness in a historical context on screen?

Yeah, absolutely. There are so many issues that are brought up in the show that are still relevant today. I think that looking at them in any context is really, hugely important. And also to portray it honestly, which I think Gustaf [Skarsgard] – who plays Floki – does a brilliant job of. It’s a very delicate subject, but I absolutely agree it’s very important to show it through history.

You’ve also starred in the Tudors. Is there something about historical dramas that particularly attracts you?

Yes, and no. It’s not something I deliberately chose. I absolutely love period stuff, and history, and especially with Vikings, it’s a time in history I didn’t know that much about, so doing the research has been fascinating. But I think sometimes as an actor you can be, not pigeonholed, but you tend to be seen for either period stuff, or really modern edgy stuff, and I would love to do everything.

Women have often been written out of history. Do you think it’s important to focus on them in a show like Vikings, and address that imbalance?

Definitely, not just in history. I think it’s still very relevant today to focus on women, and the complexities of women. There’s lots of different tests now which people look for in the media, such as, are women only there to support the male figures. I think in Vikings, and in other shows right now, people are really trying to challenge that.

You’ve said that Viking society was very forward-thinking when it comes to women?

Yeah, female warriors are obviously fierce, but Viking women were actually given quite a lot of power, which was taken back throughout history. The women can become earls and they can be in charge of a whole area in Viking society. Later in history, it took a lot longer for women to have power like that. They could also divorce their husbands at the time, which again changed further down in history. And I think, being unafraid to say no to men – there’s lots of times in the show where both Helga and the other characters stand up to their husbands, and steer what their husbands do. Which I think shows the strength of women. It’s really important to highlight that women were powerful, and survived in times that were harsh. It’s a topic I’m certainly keen to highlight in all the work I do.

Helga has gone through some tough experiences, in particular losing her child. How do you prepare for a really emotional scene?

I don’t think you can ever be used to portraying something that traumatic. It’s really tough, there’s no kind of getting around it. If you want to portray the loss of a child, you really want to do it justice. It’s quite a terrifying experience really. To prepare for it, acting wise I worked on it with Travis [Fimmel], who plays Ragnar, beforehand because we both knew that it was a huge subject matter. We really worked to get the honesty out of it. On the actual day of filming, we were outside and this storm blew in, and it got freezing. In between takes they were having to wrap me in blankets. So that added to the whole effect of it. It’s about imagining how traumatic it would be for somebody to go through that. I’m very thankful that I had the chance as an actor to go through it, but it was very few laughs for the character!

The series is filmed in Ireland, is there anything about Ireland in particular that you’ve come to love since filming there?

The landscapes are incredible. We filmed in the Wicklow Mountains and they are – you could be in so many different countries in the world. It’s a huge landscape. Also the people are amazingly friendly, and living there on and off for the last few years has been a lot of fun.

Does it feel like a little family now, when you get together to do the next season?

Yeah, absolutely. They’re friends as well as colleagues now. When we go on set it’s always fun, there’s never a dull day. I think that always happens when you get to know people well enough. It becomes almost like going to boarding school – everybody from all the different countries. There’s only a few Brits in it – there’s Scandinavians, Australians, Americans, and we all live in Ireland. We either film six months of the year, or when it’s a double season, eight months a year, so we really do live and breathe Vikings when we’re over there.

Obviously a lot of work goes into the costumes, has there been any outfit in particular that you’ve loved?

The costume department are amazing, it’s all done by a lady called Joan Bergin. She’s brilliant and it’s so intricate. Most of the outfits for the lead cast are made personally for us. I wore my favourite outfit on my wedding day. It was just incredible. I don’t know what the materials were, but it was white and I came in on this huge boat in the river, covered in flowers. And it was just so beautiful, I did feel like a bride for the day.

Can you tell me a little bit about what this season has in store for Helga?

By the end of 4a she had lost her child, and also had a near-death experience herself, so it’s me and Floki recovering from all of that – how a couple deals with the loss of a child. And I can also tell you that, just in 4b generally it’s bigger and better, and we travel even further afield than we ever have before.