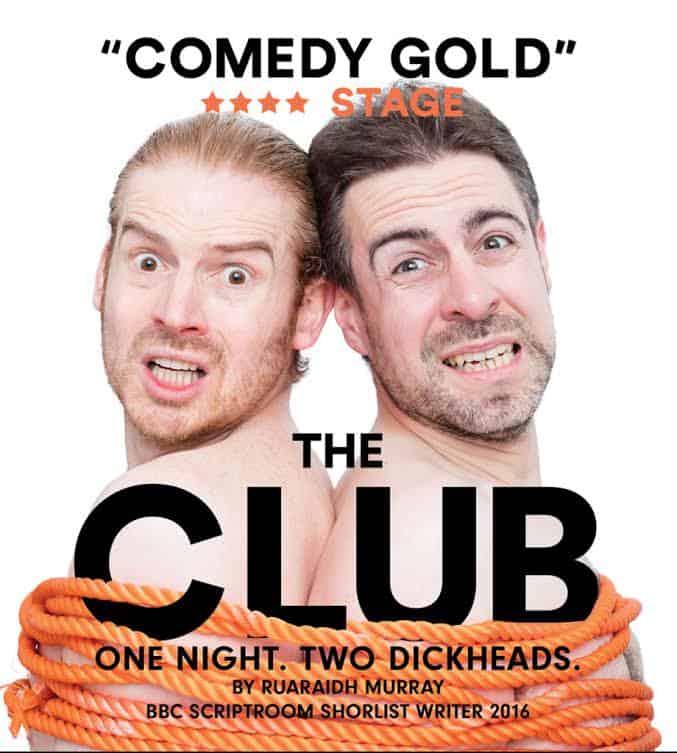 This dark and seedy comedy also stars Mark Farrelly, think Phoenix Nights meets the Sopranos, if that is even possible!

2) How long have you been doing Theatre for and what kick-started your drive for writing/performing?
I started writing my own shows by accident about six years ago. I wasn’t getting seen for any decent acting work so I wrote and performed my first solo show ‘Big Sean, Mikey and Me’ which did really well at Edfringe 2012. Since then, I’ve written two more solo shows, ‘Bath Time’ and ‘Boxman’ and two plays ‘Allie’ and of course ’The Club’ all which have had great success.

3) How dark does this dark comedy go?
The Club is a dark comedy which is definitely NOT for those who are easily offended.

5) What can people expect from The Club?
The Club is one night in London’s legendary 90s club The Tardis. Think Phoenix Nights meets The Sopranos.