By Kane Power (@ElHeavio) Faith No More is like an old friend that has shown up at your door with a good bottle of 18-year-old whisky. You are so excited to see them again that you get blind drunk and hug more than usual, wiping away tears and promising not to be apart for so […] 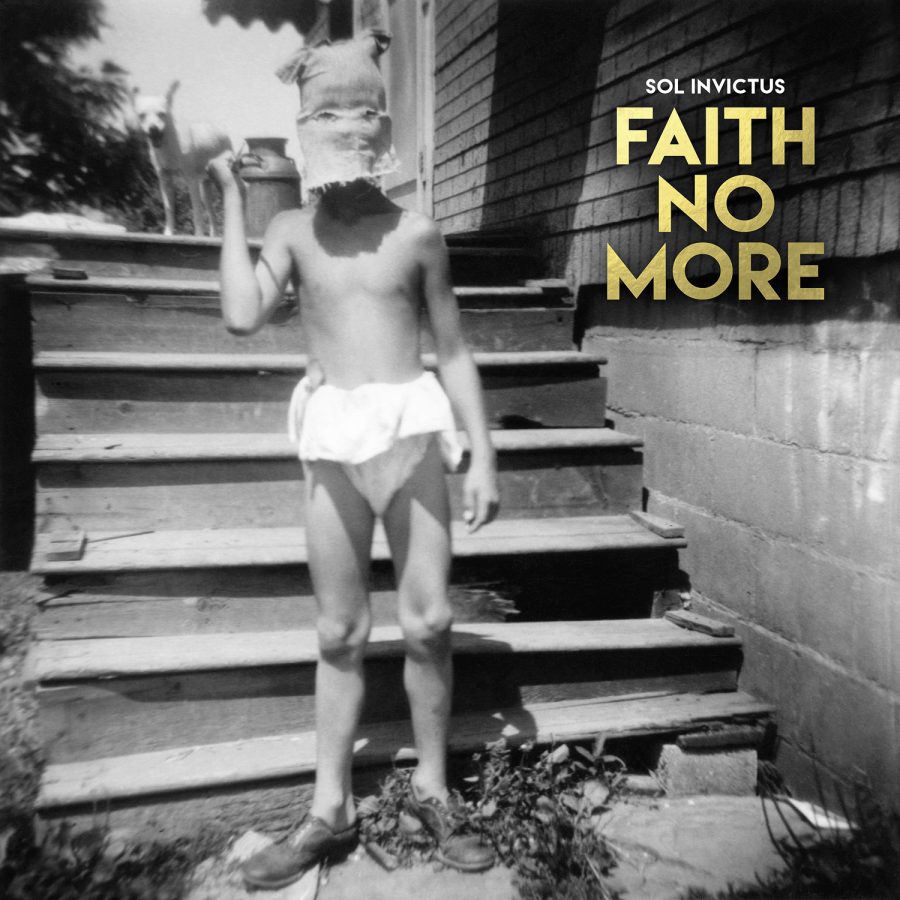 Faith No More is like an old friend that has shown up at your door with a good bottle of 18-year-old whisky. You are so excited to see them again that you get blind drunk and hug more than usual, wiping away tears and promising not to be apart for so long next time. In that perfect, shameful moment you remember why you became friends in the first place and why your friendship has lasted all these years. It’s because one of you is Mike Patton and he’s fucking awesome.

Sol Invictus isn’t the best album FNM have made, but it is a very good album. One trait of this band is that aside from ‘Album Of The Year’ (1997), which immediately charted high, their releases have never been met with immediate widespread enthusiasm. I’ve been guilty of it and so have you. Their albums tend to be slow burners, often requiring 3-4 listens before their sheer dominance becomes obvious and you thrash it every day for a month. Sol Invictus is no different.

They haven’t lost their heavier and more eclectic moments, evident in second track ‘Superhero’; Patton’s voice explores all manner of screeching and howling, juxtaposed immediately by his patented croon. Album opener and title track ‘Sol Invictus’ shows that his voice has actually gotten better with age, more sumptuous, smoother, deeper. His old man voice is going to be incredible someday, and while today is not that day, he’s still very much one of the absolute best there is.

There are moments of palm muted riffs and thumping staccato toms, sure, but FNM have always been about the space created when those moments end. That’s what really gets ya; those epic soaring cries and desperate wails that suddenly collapse into a slow groove. There’s no better example here than ‘Sunny Side Up’, an absolute stunner that starts out about as cheesy as you can get and ends up leaving you in a closed fist rock God pose.

It’s quite unique actually. Here’s a band that haven’t put out an album in 18 years, the members are in their late 40’s/early 50’s, and yet Sol Invictus seems like the natural and obvious progression from ‘Album Of The Year’. They haven’t gotten soft with age and resorted to comfortable ballads. The heavier and more experimental sections are convincing and don’t feel awkward. It’s classy and fulfilling and just fucking cool. Songs like ‘Cone Of Shame’ and ‘Motherfucker’ remind me exactly why I got into this band and why they are still making music; because they are really, really good at it. Faith No More make rock cool again.

So on your first or second listen, just when you think they are being predictable, just as the songs threaten to slip into some kind of formula, something totally unexpected and awesome happens and you realise you are a fool. This is Faith No More you idiot! I shake my head at thee and chuckle knowingly. Where’s your faith?