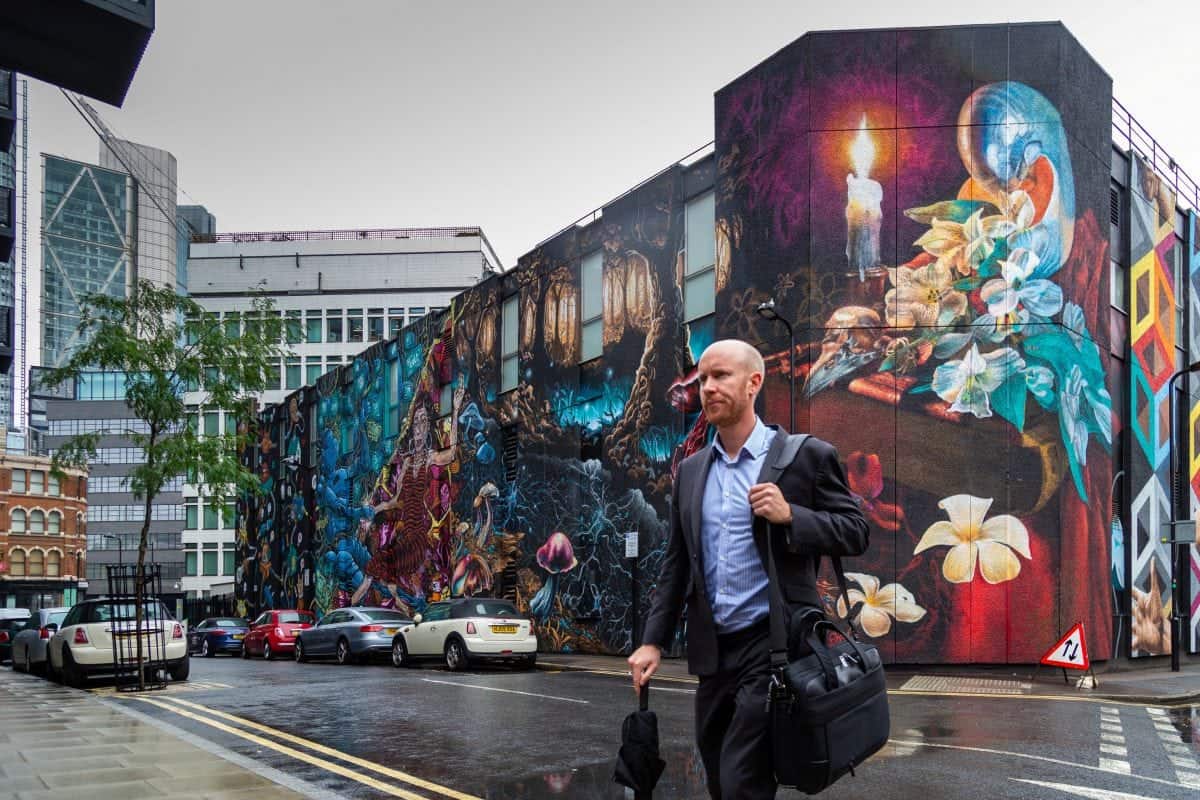 A team of artists have completed the biggest mural in the country – the same size as six TENNIS COURTS.

The artists were split into eight pairs and given a section to collaborate on to ensure connectivity in the stunning piece, which replaced a grey, pebbled wall in trendy Shoreditch, east London.

Robots, cubist faces, vibrant colours, and a host of intriguing characters can be seen on the spectacular piece.

Lee Bofkin, co-founder of Global Street Art, the organisation behind the mural, said: “There is lots of rich stuff in there that unless you really stand in front of the mural and look carefully, you’re just not going to notice everything.” 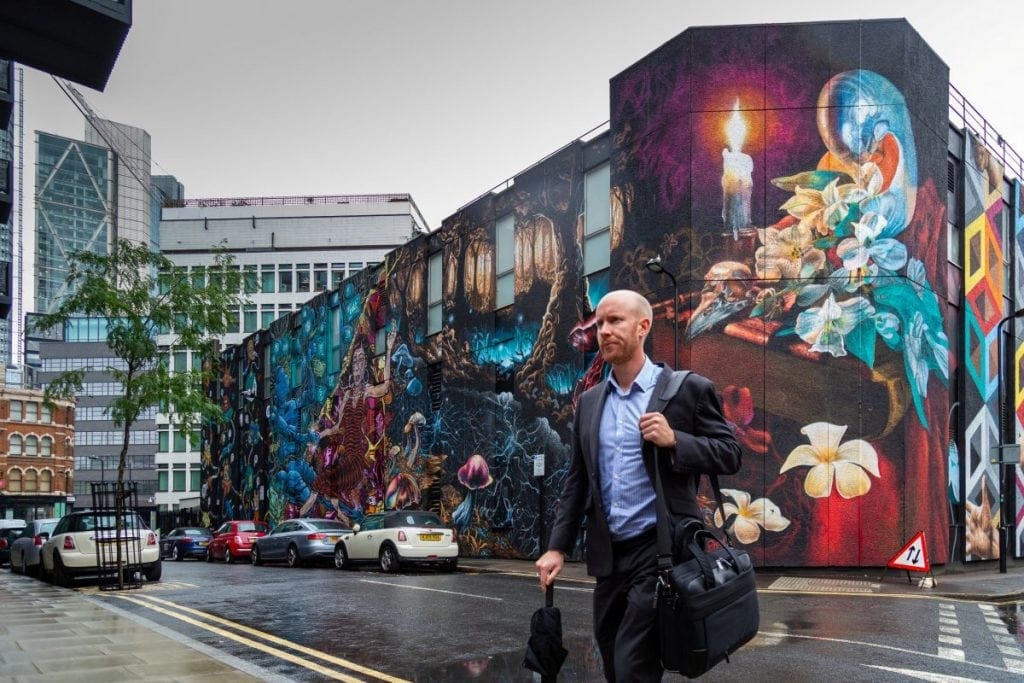 The first section focuses on machines and objects, which seamlessly blends to the next by way of a woman dancing with a robot.

Another section is about “connectivity through time”, with living flowers connecting to a fossil shell.

The artists used a sophisticated process of taking small digital sketches and scaling them onto the huge building, involving either projections or marking grids.

But the design, which is extremely detailed, with hidden signatures and symbols, also involved a lot of improvisation.

Foot traffic has increased since the mural’s completion and art street tours have already been diverted to make a stop there.