Arch Hades has become an unlikely internet sensation after posting bitesize poems about her heartbreaks on the internet. Hades, 26, has gained international acclaim after sharing her “heartache, loneliness and pain” on the social networking site, Instagram. The poems, which describe the “bittersweet and often intense reality of complicated relationships that don’t end in happily […]

by Jess Young
in Books, Entertainment 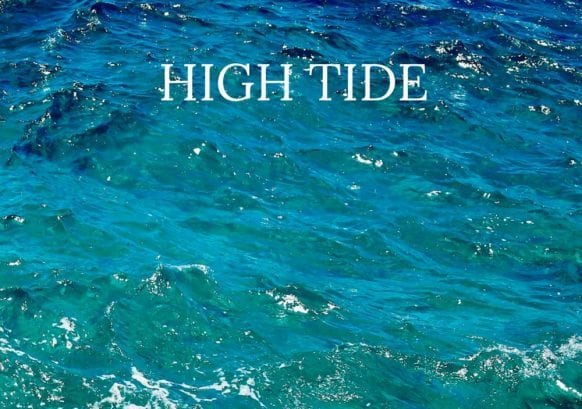 Arch Hades has become an unlikely internet sensation after posting bitesize poems about her heartbreaks on the internet.

Hades, 26, has gained international acclaim after sharing her “heartache, loneliness and pain” on the social networking site, Instagram.

The poems, which describe the “bittersweet and often intense reality of complicated relationships that don’t end in happily ever-afters”, struck a chord with a growing fanbase that now number in the tens of thousands.

Hear phenomenal popularity over the space of just a year has resulted after the publication of her first book, High Tide: Poetry and Postcards.

Despite this being her first published work, the collection has attracted widespread acclaim and five-star reviews.

She is now considered to be one of Britain’s most successful and celebrated ‘Instapoets’ whose inspirational mixture of rhyme, verse and imagery is credited for sparking a poetry revival among a new generation of social-savvy youngsters.

Hades said her unexpected rise to internet stardom has helped her – and others – overcome the heartbreak.

Speaking yesterday from her home in London, she said: “The breakdown of my marriage was one of the most difficult things I’ve had to deal with, and the truth is that I didn’t cope very well.

“I turned to poetry as a form of catharsis and thought I’d post them online to give strength and courage to other women in a similar position.

“I was flattered when I received positive comments, which was more than what I expected. But I was absolutely overwhelmed when the number of followers began to rise at such an incredible rate.”

Arch, a “helpless romantic”, was left heartbroken after separating from her childhood sweetheart, after a five-year relationship in 2016.

After ending a following “turbulent” relationship, Hades continued to struggle through a difficult time, but added “I harbour no ill-feelings towards anyone, regardless of how things ended or why, sometimes it’s just not meant to be”. Poetry, she says, helped her express the heartache she was feeling and vent her frustration with the world.

Though Arch had regularly posted photos of her life and travels on Instagram since 2016, she only posted her first poem, “The ocean, like you”, in July. Others followed as her followers doubled within the space of a few months.

Against the odds, she now boasts 47,000 followers, the majority of which are made up of millennials and tech-savvy youngsters.

Now Hades, whose poetry favours a traditional approach to verse over contemporary styles, is widely described as one of the country’s leading ‘Instapoets’.

Part one of her new book, High Tide, features her poetry, while part two includes postcards to her friends and loved ones from her travels.

Arch, the granddaughter of the celebrated Russian poet and mathematician, Valentin Vladimirovich Petrov, said her life has been transformed by the power of poetry.

Having formerly worked in politics, she is now considering turning professional and writing full-time.

“There’s nothing more I’d rather do than write,” she said. “It’s life-changing.”