The total value for businesses from the agreement would be “less than half the cost of Boris Johnson’s new yacht”, Emily Thornberry claimed. 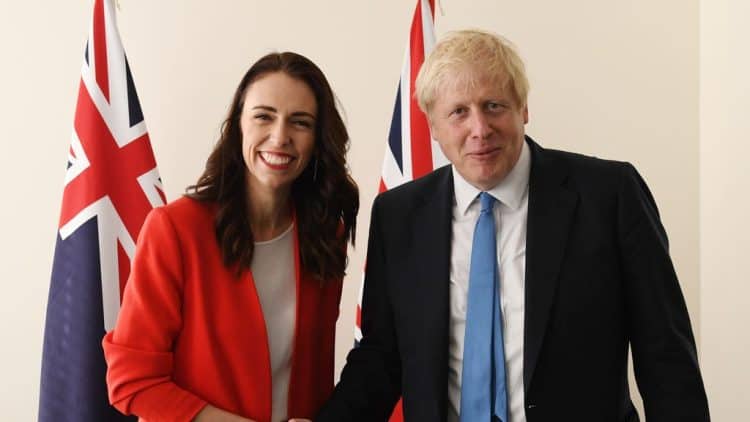 Boris Johnson has heralded a “great” trade deal with New Zealand after the two countries put pen to paper on an agreement that will “cut red tape for businesses and end tariffs on exports.”

But the agreement is expected to add no value to the UK’s gross domestic product – and could actually shrink the UK economy.

According to the government’s own statistics, the deal may boost New Zealand’s GDP by $970 million or around 0.3 per cent.

Referring to the price tag of a new national flagship, she claimed the total value for businesses from the agreement would be “less than half the cost of Boris Johnson’s new yacht”.

Thornberry said: “It is a deal whose only major winners are the mega-corporations who run New Zealand’s meat and dairy farms, all at the expense of British farmers who are already struggling to compete.

“But for British jobs, growth and exports, this deal is yet another massive failure.”

Concerns over farming have also been sounded.

Minette Batters, the National Farmers Union president, said it would open the country’s doors to “significant extra volumes of imported food – whether or not produced to our own high standards – while securing almost nothing in return for UK farmers”.

She added: “We should all be worried that there could be a huge downside to these deals, especially for sectors such as dairy, red meat and horticulture. The government is now asking British farmers to go toe to toe with some of the most export-oriented farmers in the world, without the serious, long-term and properly funded investment in UK agriculture that can enable us to do so.

“It’s incredibly worrying that we’ve heard next to nothing from government about how it will work with farming to achieve this.”