Dr Vishal Sharma said the 3% offer “shows once again how little the Government values the dedication and expertise of consultants in England." 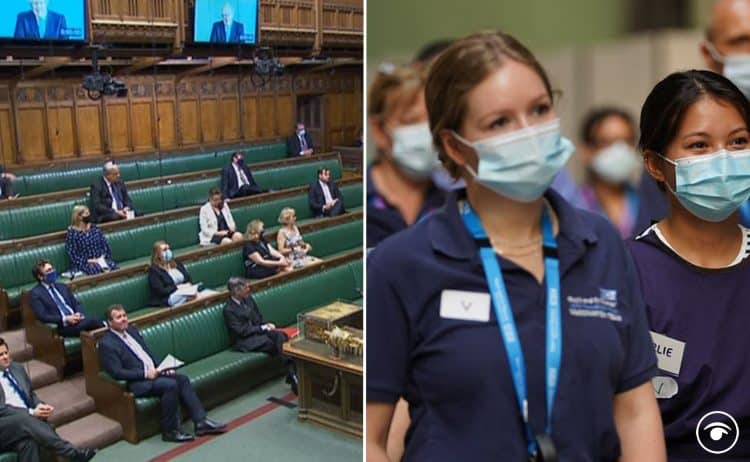 Senior hospital doctors in England are being consulted on possible industrial action over the Government’s offer of a 3% pay rise.

The figure has been branded “bitterly disappointing” by the chairman of the British Medical Association’s consultants committee.

The BMA – the country’s biggest trade union for doctors – launched a survey on Monday to ask for views on the 3% offer.

Consultants will be asked what impact the award has had on their morale and whether or not they want to consider any form of action, including possible industrial action.

The BMA said the findings of the survey – which will run until August 16 – will be reviewed and help determine whether there is a need for a formal ballot on the matter.

The union said a similar consultation for junior doctors will be launched in the near future.

BMA consultants committee chairman Dr Vishal Sharma said the 3% offer “shows once again how little the Government values the dedication and expertise of consultants in England” and added that it is “concerning” that the money is proposed to come from the NHS’s existing budget.

He said: “A below-inflation pay award of 3% is bitterly disappointing, and it shows once again how little the Government values the dedication and expertise of consultants in England, many of whom have been brought to the brink of breaking point by the pressures of the past 18 months.

“It is also concerning to see reports that the Government is suggesting to fund this rise from within the existing NHS budget and through a potential increase in National Insurance contributions.

“Not only does this result in staff part-funding their own pay uplift, but any uplift should be fully funded by Government and should not lead to cuts elsewhere across the health and social care service.

“What we do next is of vital importance to all consultants in England, which is why in the coming days we will be asking all consultant members to tell us what they think of the pay award and what action, including potential industrial action, they would like to see from the BMA.

“Consultants have given their all in leading the fight against Covid-19, some at the expense of their own health, others with their lives. And this pressure will only intensify as we begin to tackle the backlog of delayed treatment caused by the pandemic.”

Last week the Government confirmed there will be no new money to fund the pay rise – thought to cost £2.2 billion.

A spokesman for Prime Minister Boris Johnson said: “The pay uplift will be funded from within the NHS budget but we are very clear that it will not impact funding already earmarked for the NHS front line.”

Related: PM’s social care commitment: ‘Very disappointing to have been let down once again,’ say charities