Retells story of how these unique creatures colonised the Island 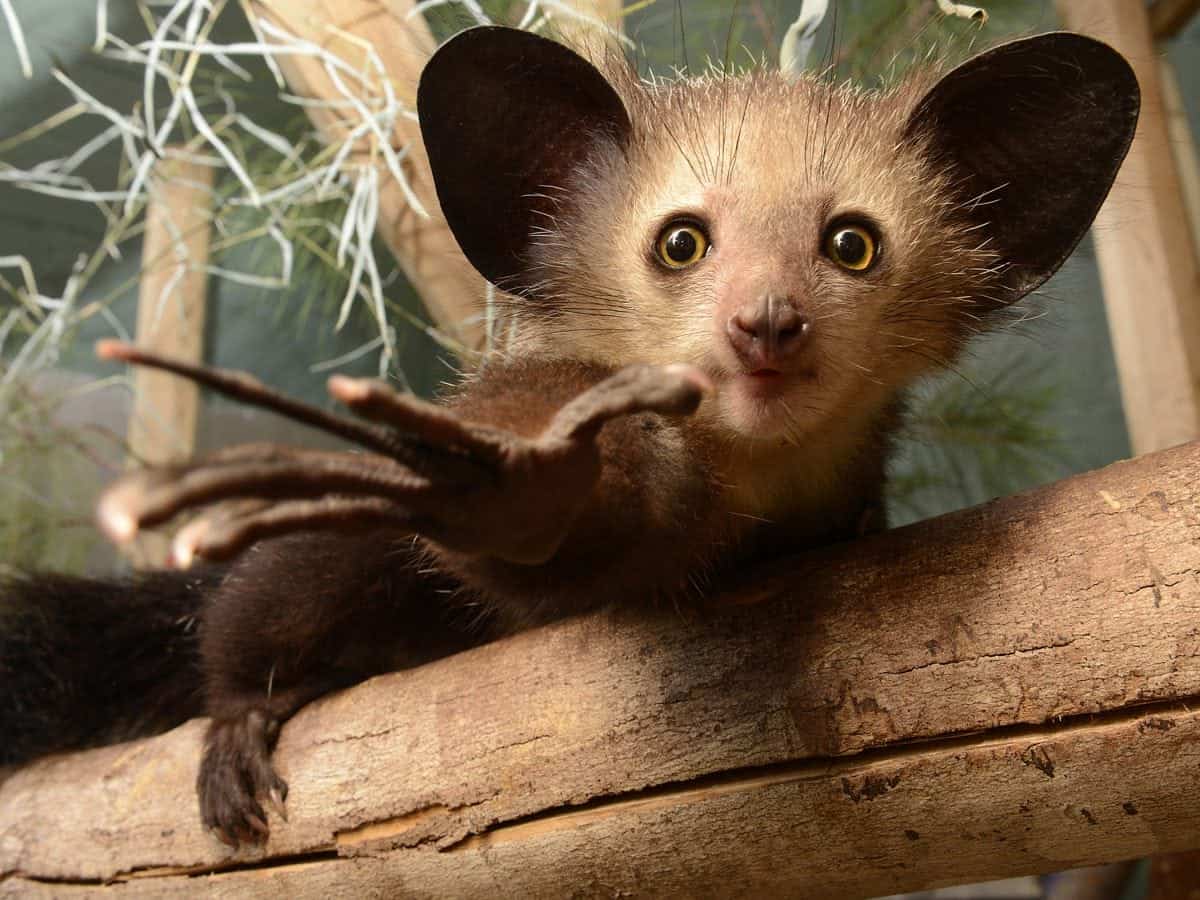 Aye-ayes split from lemurs in Africa before both made their ways to Madagascar, a new study found.

It had been thought ancestors of both of these unique animals found nowhere else on Earth arrived on the Island some 60 million years ago and then their lineage split. 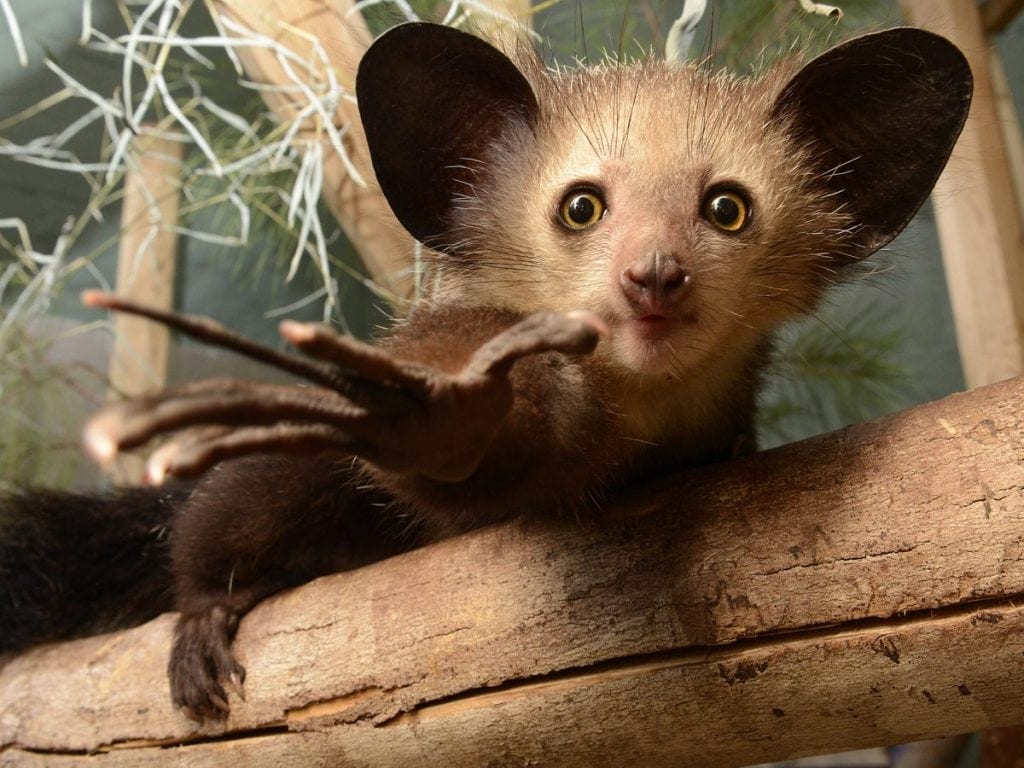 But a re-examination of African fossils found half a century ago in Kenya has rewritten the story of when and how lemurs got to Madagascar.

The new study suggested ancestors to the aye-ayes and lemurs arrived much later in separate waves and as late as 23 million years ago.

The findings were based on the roughly 20-million-year-old fossil Propotto leakeyi long classified as a fruit bat.

Researchers now believe the fossil of the strange creature wasn’t a bat, but an ancient relative of the aye-aye, the bucktoothed nocturnal primate that represents one of the earliest branches of the lemur family tree.

It challenges the long-held view today’s 100-some lemur species descended from ancestors that made their way to Madagascar in a single wave becoming some of the first mammals to colonise the island. 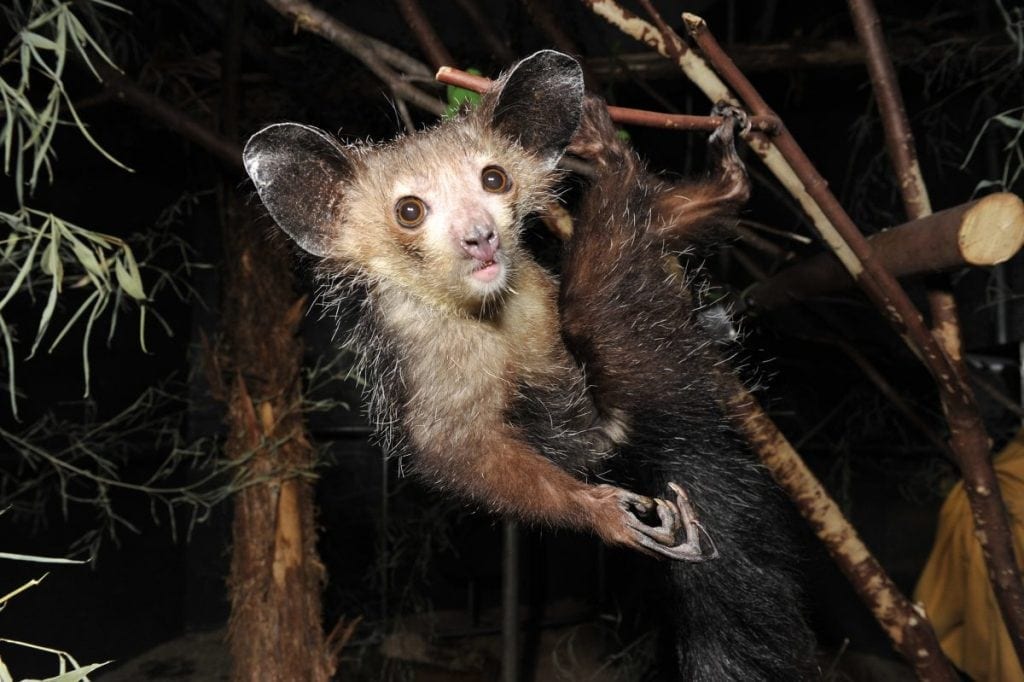 Instead the two lineages of lemurs split in Africa roughly 40 million years ago with one eventually leading to the aye-aye and the other to all other lemurs.

These ancestors then colonised Madagascar independently, and millions of years later than once believed.

It sheds new light about the early evolution of lemurs, distant primate cousins of humans.

Professor of anatomy Erik Seiffert at the University of Southern California said: “One implication is that lemurs have had a much less extensive evolutionary history on Madagascar than was previously thought.”

The study suggested the two lineages didn’t make their separate ways to Madagascar until later, arriving around the same time as other mammals, such as rodents, Malagasy mongooses and hedgehog- and shrew-like animals called tenrecs.

Frogs, snakes and lizards may have made the trip around the same time.

Lemurs can’t swim, so some scientists hypothesise the small-bodied creatures crossed the 250-mile-wide channel that lies between Africa and Madagascar after being swept out to sea in a storm, by holding on to tree limbs or floating mats of vegetation before finally washing ashore.

But if the arrival were more recent, they might have had a shorter distance to travel, thanks to lower sea levels when the Antarctic ice sheet was much larger.

Associate professor of evolutionary anthropology Doug Boyer at Duke University, North Carolina, said: “It’s possible that lemurs weren’t in Madagascar at all until maybe the Miocene as recently as 23 million years ago.”

“The fossils tell us something we never could have guessed from the DNA evidence about the history of lemurs on Madagascar.”

The study published in the journal Nature Communications said in the 1960s experts were divided about Propotto which consisted of just three lower jaw bones, each barely an inch long, and a handful of teeth less than three millimetres across.

But colleague Alan Walker thought otherwise, eventually convincing Simpson that the bones belonged to a bat.

In 2016 paleontologist, the late Gregg Gunnell of Duke University thought the creature’s hind teeth were more reminiscent of a primate than a bat.

He also noted the stump of a broken front tooth, just visible in cross section, which would have jutted out from its mouth like a dagger, a trait only known in aye-ayes, the only living primates with rodent-like teeth.

To verify Propotto’s place in the primate family tree, scientists analysed more than 395 anatomical features and 79 genes for 125 mammal species, living and extinct.

The team then compiled microCT scans of the lower molars of 42 living and extinct mammal groups, including bats, treeshrews and primates.

A computer programme compared the bumps, pits and ridges on the scans of Propotto’s teeth to those of other animals.

They found Propotto shared a number of features with a similarly buck-toothed primate that lived 34 million years ago in Egypt called Plesiopithecus, and that both were ancient relatives of the aye-aye.

The findings suggest there was an African origin for the common ancestor of two lemur lineages and that the dispersals of these groups took place across the Mozambique Channel to Madagascar independently.