A 66-year-old bird owner was discovered waist-deep in mud after he attempted to save his green parrot from the bottom of a lake which had recently been dredged of water. 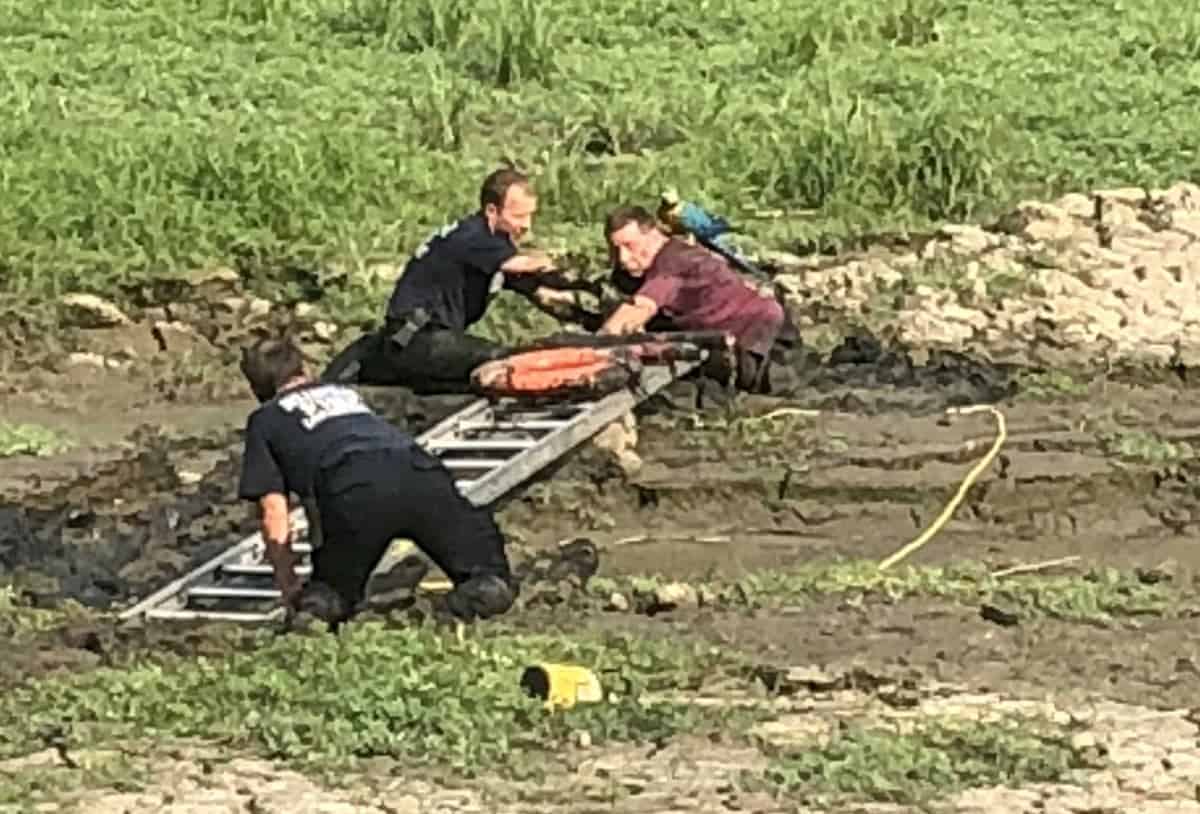 A man with a parrot perched on his shoulder was rescued by eight firefighters after getting stuck waist-deep in mud.

Bizarre photos show the moment John Crawford, 66, was hauled out of the sludge after he sank into the ground.

Belleville Fire Department said the man found himself in a fix after following his blue and yellow macaw, Amigo, onto the site of a recently-dredged lake. 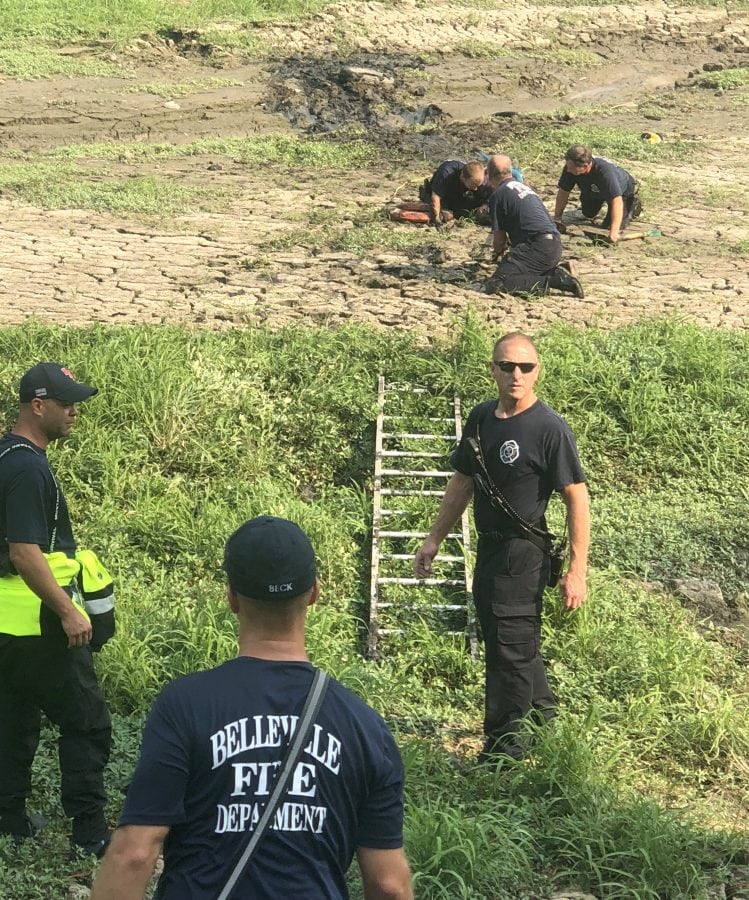 Fire chief Tom Pour said he was sucked into the soft earth “like quicksand”.

Officers were called to the man and parrot stuck in sinking mud in Bicentennial Park, in Belleville, Illinois, at around 4.30pm on August 12 and managed to pry him out using a buoy and a ladder.

John was promptly returned to solid land where firefighters proceeded to spray him down with a hose – his parrot still perched patiently on his shoulder. 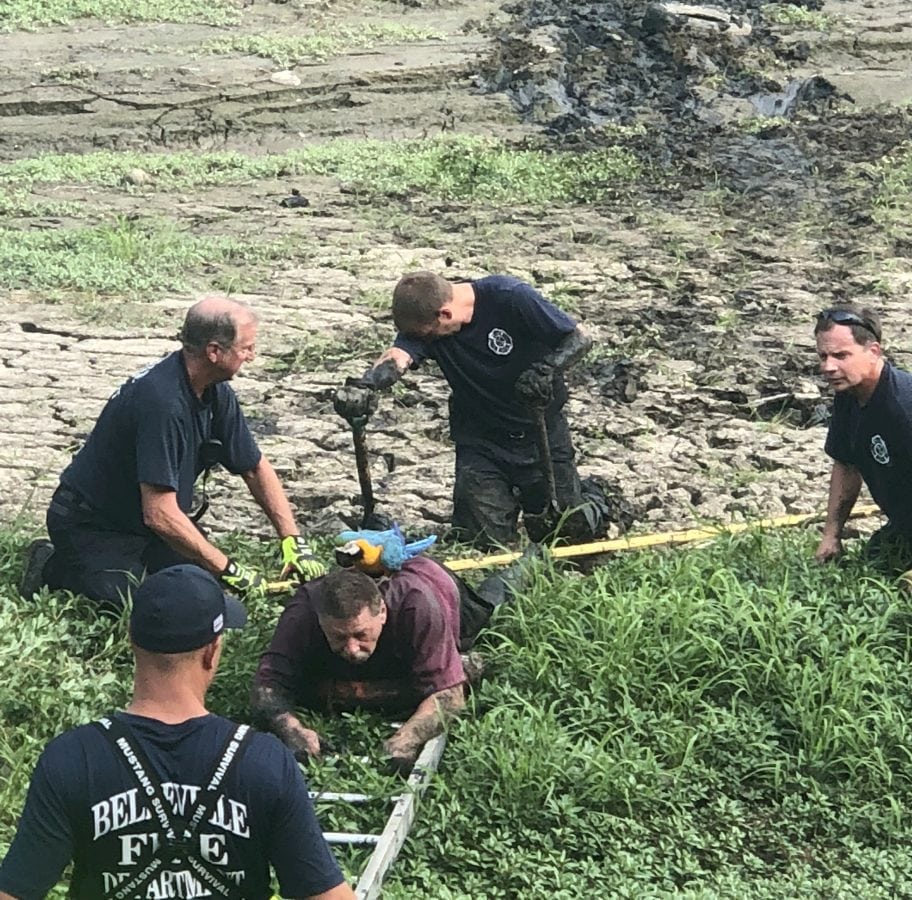 In other less grateful parrot rescue news: Escaped parrot tells firefighters sent to rescue it from a roof to ‘f*** off’

Chief Pour, one of eight rescuers who attended the incident, said: “We received a call from water rescue to attend to an emergency at one of the lakes in Bicentennial Park.

“The lake is currently being dredged to make them deeper so they can accommodate new types of wildlife, so the ground is very soft.

“The man is well known in the area. He drives an electric bicycle with his parrot on his shoulder.

“On this day in particular the parrot seemed to fly towards the dredged lake.

“Maybe he smelled fish, but when the gentleman went to retrieve him, he discovered the ground was very soft.

“He sunk as far as his waist in the mud, which was acting almost like quicksand.

“Seven officers and myself were involved in this rescue and although it didn’t take that long, it was a real challenge because the ground was so soft.

“We used a buoy to pull him out of the mud and a ladder to climb out of the lake.

“There wasn’t a danger of him sinking all the way, but certainly he could have suffered heat stroke, a heart attack or heat exhaustion because it was such a hot day.

“It was an unusual rescue for sure. The parrot was the only one who came away high and dry.”