"...they (govt) stand back and let businesses be in huge danger while they fight amongst themselves, that's got to stop." 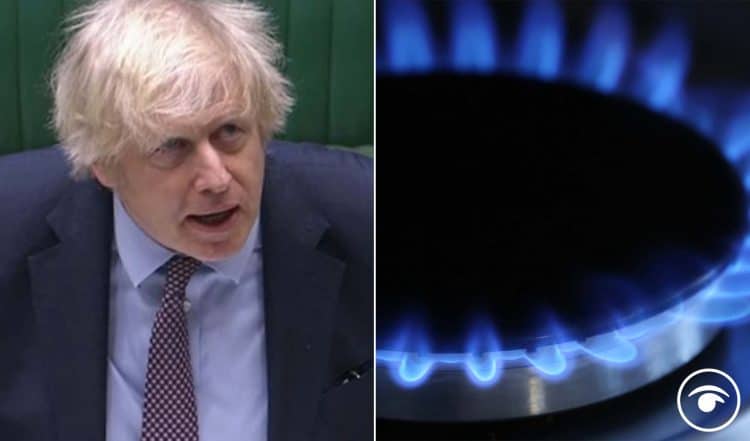 Back in 2018 – oh to live in those halcyon days were you could get food and afford heating – the PM was reported to have said ‘f*ck business.” when he was asked about corptate concerns over a hard Brexit.

His comments were made at an event for EU diplomats in London. Mr Johnson, who was reportedly speaking at the time to Rudolf Huygelen, Belgium’s ambassador to the EU, was also overheard saying he and others would fight Theresa May’s soft Brexit “and win”.

Well Johnson got his way and is now steering the ship of Brexit from the comfort of Marbella.

One of the most pressing issues the UK is dealing with is the energy crisis.

He told Sky News: “We mustn’t let ideology get in the way because, having supported the economy through the pandemic, it would be tragic now if we stood back and let these key industries go to the wall.

“They’re asking for help and it’s really important that the Treasury and the Business Department stop fighting with one another and get around the table and get to the bottom of what these industries really need.”

Mr McFadden said a price cap for business energy use “could be considered” by Labour but “it might not be the only thing you have to do here”.

“You could look at some of the other costs that the industry has and maybe try and abate those during this current crisis,” he told Sky News.

“There’s more than one way to do this. The important thing is to talk to the industry and try to give them the help they need to get through this, because there are thousands of jobs at stake now, and the long-term costs of letting these industries go to the wall could outweigh the short-term costs of helping them in the here and now.”

McFadden also said: “I didn’t realise that when the PM was saying f*ck business, at first I thought it was a throw away quip, I hadn’t realised it would become government policy, as they stand back and let businesses be in huge danger while they fight amongst themselves, that’s got to stop.”

“The Treasury cannot just stand back & leave it to a business department that is looking increasingly powerless.”