The company faced a backlash from politicians and unions earlier in the year when it first floated the idea of paying out a dividend from excess profits made from its services during the pandemic. 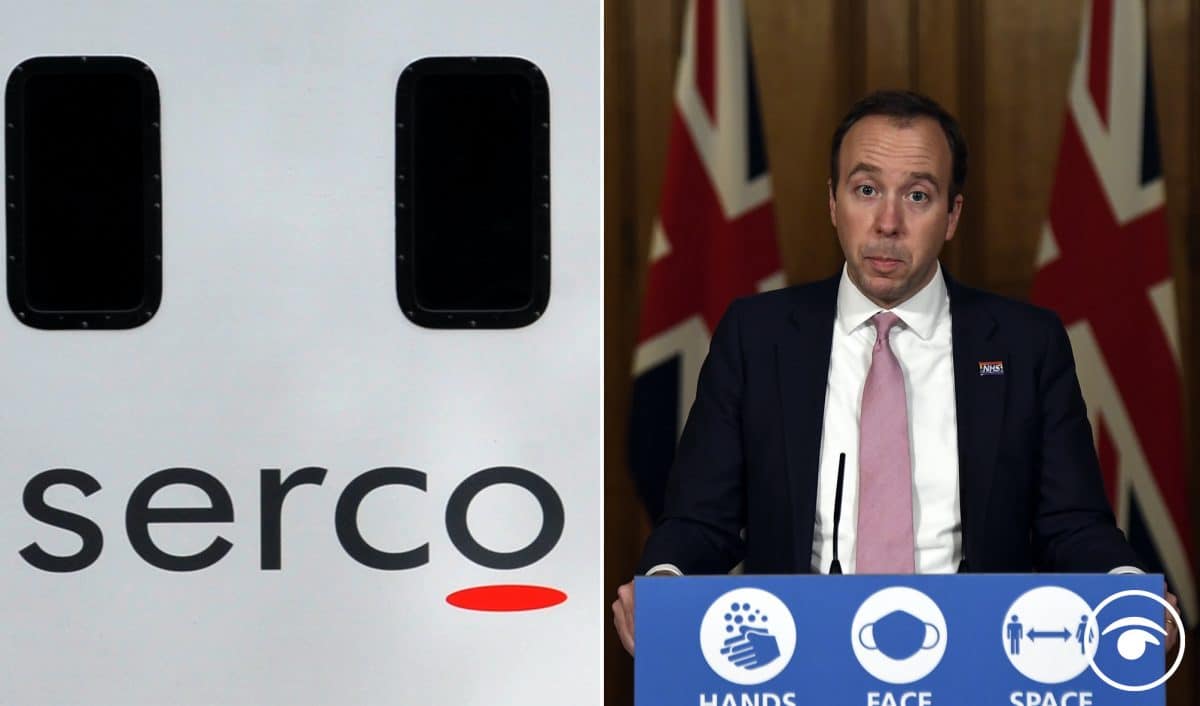 A company that made huge profits from Government contracts during Covid have finally agreed to return furlough cash.

One of the operators running the Government’s Test and Trace call centre and testing site programmes has agreed to return furlough cash claimed during the Covid-19 pandemic.

Outsourcing giant Serco also said it would pay 50,000 staff a one-off bonus following bumper profits made during the crisis.

The furlough and bonuses will cost the company £8 million, it added.

Bosses also said tentative talks about paying out a dividend to shareholders ended with the decision not to make a payout, saying the second wave of the virus meant “this is not the right time to make a decision”.

The company faced a backlash from politicians and unions earlier in the year when it first floated the idea of paying out a dividend from excess profits made from its services during the pandemic.

In an update to the stock market, the company said it still expected underlying trading profits, its preferred measure, to be up by around 35% to between £160 million and £165 million.

Around 4% of the boost to profits came from Covid-19 contract wins, once the furlough repayments and bonus are taken into consideration.

Revenues for the group, which also runs hospitals and prisons across the globe, are expected to hit £3.9 billion for the year, up by 19%.

The company added that, since the start of the year, Serco has created directly and via sub-contractors more than 10,000 net new jobs worldwide, with the majority supporting governments with their Covid-19 response.

Profits for 2021 are expected to be even higher thanks, in part, to the takeover of rival Facilities First in Australia for £43 million and the award of a £250 million contract to run Acacia Prison in the country.

Serco chief executive Rupert Soames said: “In what will be remembered as one of the most challenging periods for businesses since the Second World War, Serco’s people have proved themselves to be resilient, flexible and dedicated to ensuring the delivery of public services.”

He added that some parts of the business had seen significant falls in revenues, including its leisure and transport operations.

Demand in citizen services and immigration have risen, and costs in prisons, defence and health have increased.

On the dividend decision not to pay one this year, the company added: “Given subsequent events, and specifically the ‘second wave’ of Covid-19 infections, the Board believes that this is not the right time to make a decision on the resumption of payments of dividends, and will reconsider the position again at the time of the publication of our Final Results for 2020.”

A decision on executive bonuses will also be deferred until the new year, it added.