Over the past couple of years there has been a growing conversation about representation in film. The Miseducation of Cameron Post isn’t the first coming of age film about an LGBT teen (indeed, it’s enough of a subgenre to have its own established cliches), nor is it the first of those to deal with ‘conversion […] 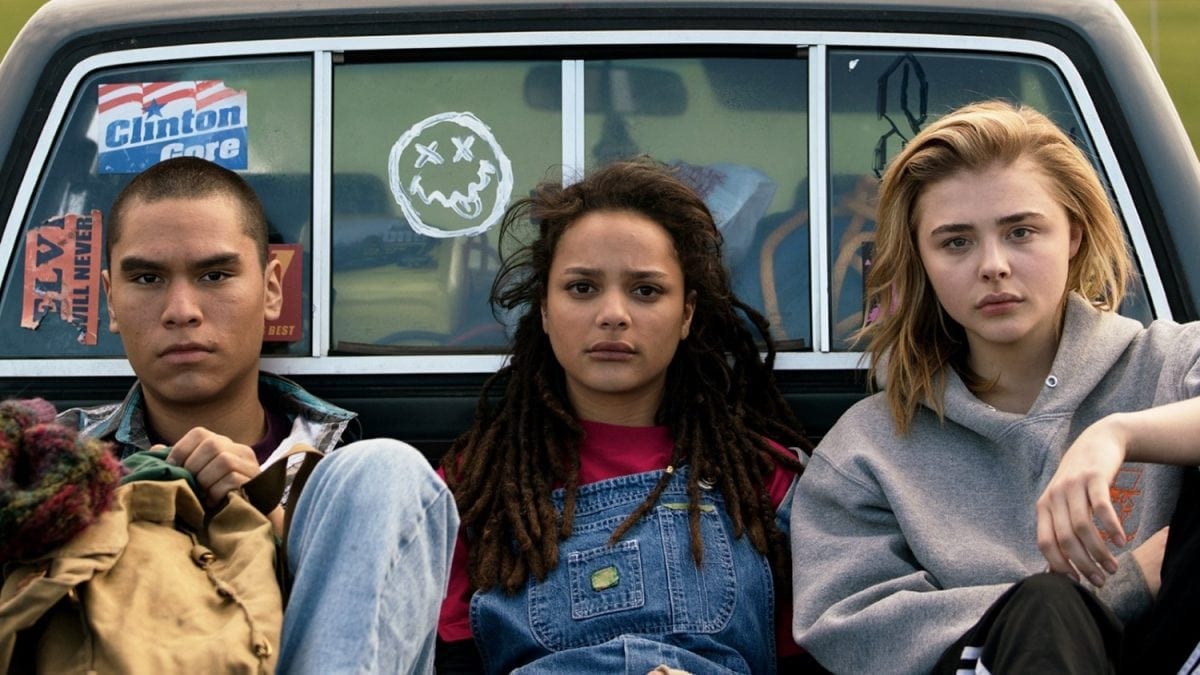 Over the past couple of years there has been a growing conversation about representation in film. The Miseducation of Cameron Post isn’t the first coming of age film about an LGBT teen (indeed, it’s enough of a subgenre to have its own established cliches), nor is it the first of those to deal with ‘conversion therapy’ (1999’s But I’m A Cheerleader, also directed by a queer woman, looks at a similar situation with a more comedic eye). It is, however, among a group of films that are helping to take LGBT filmmaking and filmmakers closer to the mainstream.

Desiree Akhavan’s second film, adapted from the 2012 novel by Emily M. Danforth, follows orphaned fifteen-year-old Cameron (Chloe Grace Moretz). When her aunt and uncle, who she now lives with, discover Cameron’s romantic relationship with her best friend Coley (Quinn Shepherd), they send Cameron to God’s Promise, a long term gay conversion camp run by Dr. Lydia Marsh (Jennifer Ehle) and her brother, Reverend Rick (John Gallagher Jr), himself a veteran of the treatment. While resentful of the fact that she has to go through this treatment, Cameron does make a couple of friends among her fellow ‘disciples’, the equally sceptical Jane Fonda (Sasha Lane) and Adam Red Eagle (Forrest Goodluck).

There are many things that The Miseducation of Cameron Post does well. One of the most notable is the matter of fact way that it presents God’s Promise. It would be easy to accent its absurdity to make an out and out comedy, or to present the people running the camp as more outwardly malevolent and lean into the horror of the place. Both would be valid, but by presenting Lydia Marsh and Reverend Rick as people who, we can assume, believe they are doing the right thing is the more interesting choice. This way, the film becomes about the way belief can be warped, especially in the case of Rick, who eventually seems more of a tragic figure, a man psychologically beaten down into first thinking there was something wrong with him, then perpetrating the same ‘cure’ on other people in his position. The film doesn’t ask us to sympathise with Rick, but it does allow him layers. Lydia is a more straightforward character, but we do still get under her skin a bit when we discover how she ‘helped’ her brother, and the cold belief Jennifer Ehle – a sadly underappreciated actress – plays her with is frightening.

This extends to the sense of place Akhavan gives God’s Promise. It’s a contradictory setting in some ways, trying to cleanse itself and its charges of sexuality, and yet obsessed with it because of that. The jargon – SSA for Same Sex Attraction, rather than using words like ‘gay’ or ‘homosexual’ – and the absence of pop culture, one joyous moment aside, also add to the feeling of the camp being adjacent to the world rather than in it. God’s Promise is both anti-social, asking the kids to challenge and inform on each other and a place that, in some cases, breeds camaraderie as these teens who may have known very few people like them are suddenly exposed to more people going through the same experiences. This is the focus of the storyline that sees Cameron befriending Jane and Adam. The dynamic between the three works well, growing convincingly in relatively brief screentime thanks to Lane and Goodluck’s unaffected performances. Their relationship has an ease from their first scene that contrasts the way the bond with Cameron grows; established partners in crime letting a newbie in gradually.

The film balances tone well, with a wry sense of humour allowed to permeate all but the most tragic moments at God’s Promise, largely because the three characters we spend the most time with view, or at least try to view, the place with a certain ironic distance. That said, when she needs to, Akhavan can punch us in the gut with emotion, reaching a crescendo at a late group meeting, held just after one young man learns that he’s not going home yet.

The only thing I’m undecided on about The Miseducation of Cameron Post is, unfortunately, its central element. Among very natural performances from the actors playing the other students, and briefly from Quinn Shepherd as her girlfriend from home, Chloe Grace Moretz sometimes seems out of sorts. She’s not catastrophically miscast, the way she was in the remake of Carrie, but, especially next to Sasha Lane and Forrest Goodluck, it feels like we can see the wheels turning, like we’re always catching her acting. This is frustrating because, while the world is well established, we’re supposed to experience it through Cameron, and always feeling that we’re watching someone act removes us from that experience.

Conversion therapy is, to use language its proponents will understand, an abomination. Never mind the naive notion that one CAN change a person’s sexuality, it’s the idea that one SHOULD that is offensive and, at its heart, abusive. That should be obvious, and it’s certainly the viewpoint that Akhavan and her film take, without making the experience of watching it feel like you’re listening to a lecture. The Miseducation of Cameron Post is largely a very good film, with positive things to say, delivering them with both humour and emotion. I hope it strikes a chord with audiences going through the same things as Cameron, Jane and Adam. Unfortunately, the one sticking point is a significant one, and makes it difficult to recommend the film as whole-heartedly as I’d like.