● London is one of the world’s best places for culture and eating – and a shorter commute makes Londoners happier than sex Chicago was today revealed as the world’s number one city for having fun and enjoying city life. It is followed by Porto, New York, Melbourne and London in the Time Out City […] 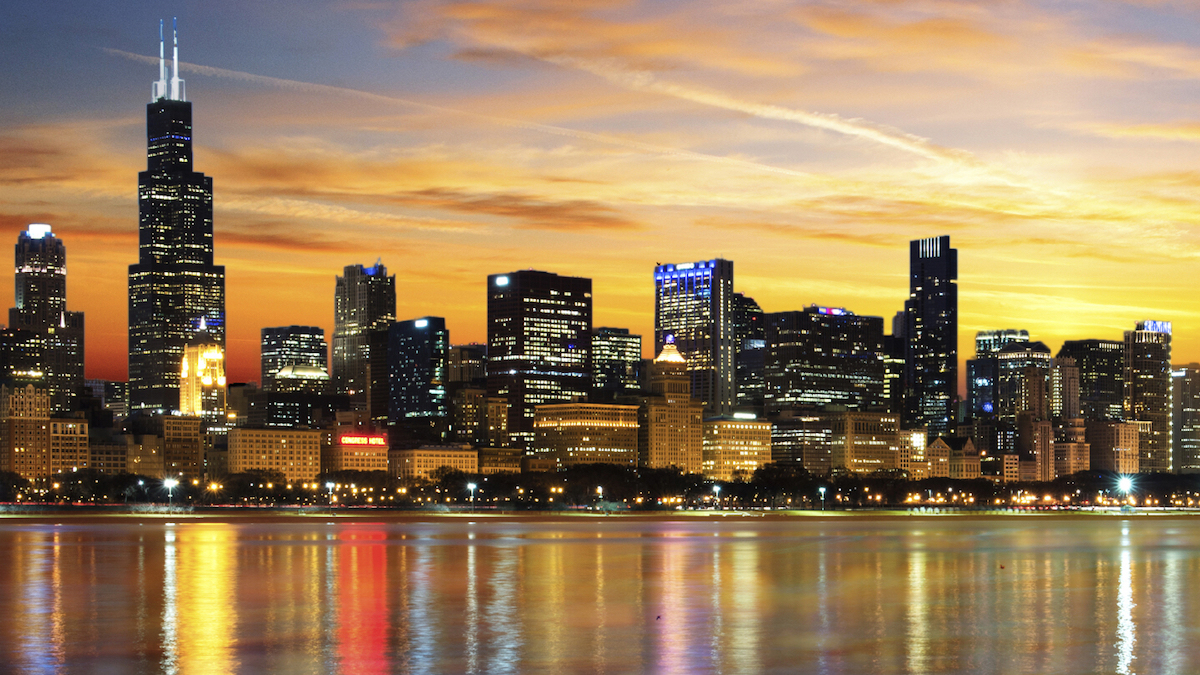 Chicago was today revealed as the world’s number one city for having fun and enjoying city life. It is followed by Porto, New York, Melbourne and London in the Time Out City Life Index charting the most exciting cities right now.

To identify which cities are thrilling locals the most and should be on everyone’s travel hot list this year, 15,000 residents in 32 cities were surveyed by timeout.com, the global media and entertainment brand that inspires and enables people to make the most of the city. In the survey, each city was scored across dimensions like food, drink, culture, friendliness, affordability, happiness and liveability to uncover what makes (and breaks) life in the city.

For the second time in a row, Chicago tops the list for having it all. Not only the overall winner, Chicago also scores highest for its food and drink scene and above average when it comes to happiness, culture, affordability, city pride and how people feel about their neighbourhood. Despite the obvious love for Chicago, safety is one area that noticeably fell short.

Included in the ranking for the first time, Porto made it straight to second place. It is the most liveable and heartwarming city: this beauty of a city is the best in the world for making friends and finding love. More than anywhere else, people are proud to live in their city, feel free to be themselves and keep in touch with family.

New York, number three overall, will be out all night celebrating as the city with the world’s best nightlife (say four in five) and ranking second for culture. No wonder it is also first (with Tokyo) as the city most people in the world want to visit this year. However, visitors be warned, New Yorkers are no big fans of tourists (say 34% vs 9% global average) but they surely will share their love for their great restaurant, bar and cultural scenes, which all score highly. And while making new friends there isn’t easy, the people of NYC are extremely proud to live in their city.

Melbourne, at number four, outranks all other cities for happiness (nine in ten felt happy in the past 24 hours – the same as Chicago and Edinburgh). 89% enjoy living in this Australian hotspot where more than two in three people say making friends is easy. There is also a fantastic bar and food scene (80% rate it outstanding, compared to 37% in Sydney) – so it is just as well residents exercise more than anywhere else (sharing the sporty top spot with Zurich).

Completing the top five is London, this vibrant city where 86% of residents say there is always something to do or see. Londoners are passionate about theatre (going 12 times per year; only Barcelona residents go more often), rate the bar and food scene highly and love the nightlife, going out eight times a month. The downsides are that it is hard to make friends (only 43% find it easy) and the city is simply unaffordable for many (although 47% say it is worth it). Still, 85% reported feeling happy in the past 24 hours.

Out of all Europeans, Londoners feel the most stressed (with half saying they have felt strung out in the last 24 hours), work the longest hours (40.4 per week) and have the longest commutes (an average of 39 minutes). In fact, a shorter commute would make them happier than sex. Right now, they have sex 24.6 times a year (vs a global average of 26.3) although it seems like rich people are getting more: those earning a salary of more than £100,000 have sex 29 times a year, while those earning less than £20,000 have sex 19 times a year.

Is the whole ‘city of love’ thing a myth? Au contraire! Parisians have the most sex: four in five had sex in the past month. No surprise they are the most sleep-deprived. Paris is also the world’s hangover capital – replacing London, which topped last year’s hair-of-the-dog league table – with an average of almost a month spent suffering a year. Residents in UK cities (London, Manchester and Edinburgh) came in second with 24 hungover days – maybe because they drink gin more than anywhere else.

Porto, Austin (each 22 minutes) and Philadelphia (24) have the quickest commutes, whereas 6% of Beijing residents commute for two to three hours a day. In Hong Kong, 75% say the public transport is great, while 52% of Miamians just hate theirs (the highest rating of all cities).

The number one vice in cities around the world is coffee, with half not being able to get through the day without it. But for people in Manchester, it is a nice cup of tea they need every day: they are top in the world for not being able to last 24 hours without a cuppa.

James Manning, City Life Editor of Time Out, said: “This year’s Time Out City Life Index reveals the urban hotspots that are unbeatable right now, and the detailed results provide a fascinating look at how people make the most of city life in 2018. Chicago, Porto, NYC, Melbourne and London are this year’s top five – a list that shows how different, diverse and unique great cities can be. They really should be on everyone’s travel bucket list for this year, along with many other cities in our global ranking.”

The Time Out City Life Index not only ranked the world’s best cities but also found the key factors that make residents find their city exciting: they dine out often and rate their city’s food and drink highly, think their city has great culture, live music and nightlife, like their local area, are city-proud and feel free to be themselves. If a city offers all that, it can afford to have some flaws and will still be loved: affordability and feeling safe are great but not deal-breakers; long commutes are annoying but not enough to stop people enjoying their city.

The world’s most exciting cities, according to the Time Out City Life Index 2018: