He then blamed the aviation industry for any issues, when they have said the government have caused the problems. 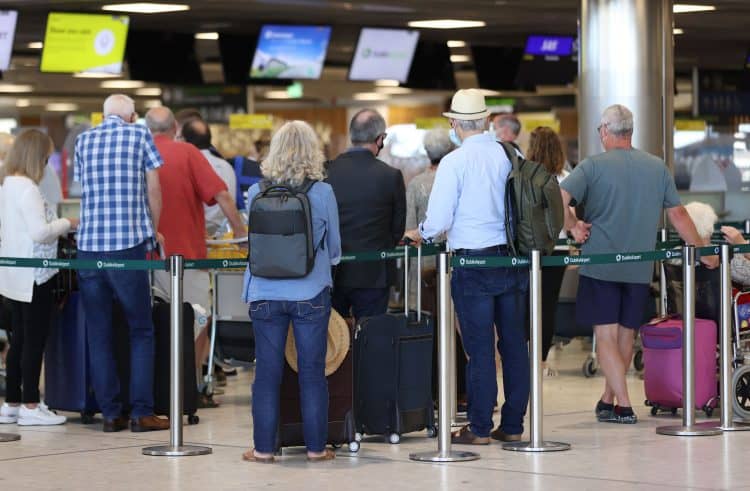 A minister has said the travel industry has had months to prepare for the half-term rush and should have had staff in place – as hundreds of flights have been cancelled.

Then he seemed to brag that Brexit is actually helping the situation.

The situation could worsen in the coming days with people jetting off once the four-day bank holiday period begins on Thursday.

More than 10,000 flights are scheduled to depart between Thursday and Sunday, according to aviation data firm Cirium.

That is a three-fold increase on the same period last year, when the UK’s coronavirus travel restrictions remained in place.

Meanwhile the RAC estimated that 19.5 million leisure trips by road will take place between Wednesday and Sunday.

Lord Parkinson, the arts minister said: “We have been on a long pathway back to recovery so that people can enjoy this moment and [companies] should be making sure that people are able to get away on holiday and enjoy it fully.”

“We have been, for many months, urging them to make sure they’ve got enough staff.”

There are “lots of opinionated people in the aviation industry”, Lord Parkinson said, after airline bosses blamed the government for the chaos.

Sky Kay Burley also asked” “What’s the government going to do about the travel chaos at airports?

He replied by talking about vaccine roll-out success and said “we’ve been using some of our post brexit freedoms to make sure people can be hired more quickly.”