He also allegedly accused lazy Brits for not showing up for job interviews and not taking application process seriously. 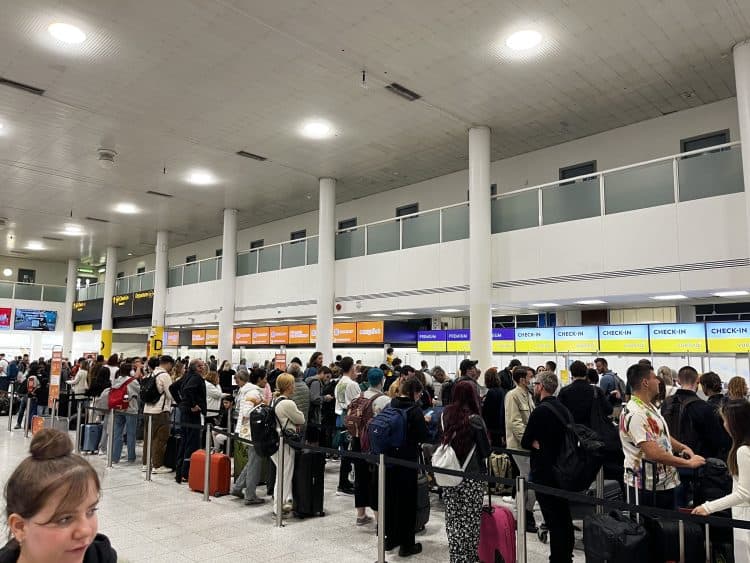 The Transport Secretary is risking travel chaos by rejecting calls for an emergency visa for aviation workers, industry bosses have claimed.

Sources speaking to the BBC said Grant Shapps has ruled out filling gaps in the sector by amending the Government’s Shortage Occupation List.

It comes after travellers hoping to get away for the half-term break faced hour-long queues and missed flights, with experts blaming understaffing at airports.

An airline chief has blamed airport chaos on “lazy Brits who live off benefits and sit on their arses” and Brexit, according to reports.

The comment allegedly came from Jet2 boss Steve Heapy during talks this week as the industry tries to replace employees lost during the pandemic.

Mr Heapy was also rumoured to have criticised Brits for not showing up at job interviews or taking the application process seriously, reports The Sun.

Ian Costigan, managing director of Manchester Airport, said: “Since the turn of the year, we have worked to recruit the people we need to support the recovery of our operation.

“This takes time due to the lengthy background checks and training involved, but we have been really encouraged by the level of interest.”

Jet2 said he aired his frustration with the employment market concerning Brexit but “other reports being circulated are categorically not the views of him or our company.”

A Jet2 spokesperson said: “During a meeting with government and industry on Friday, Mr Heapy expressed his frustrations with the current employment market as Brexit has taken hundreds of thousands, if not millions, of people out of the job market and that is having an impact on many industries, including ours.”