Marine Le Pen was forced to take cover on Friday, as protesters let the politician know what they think about her, via the medium of eggs. 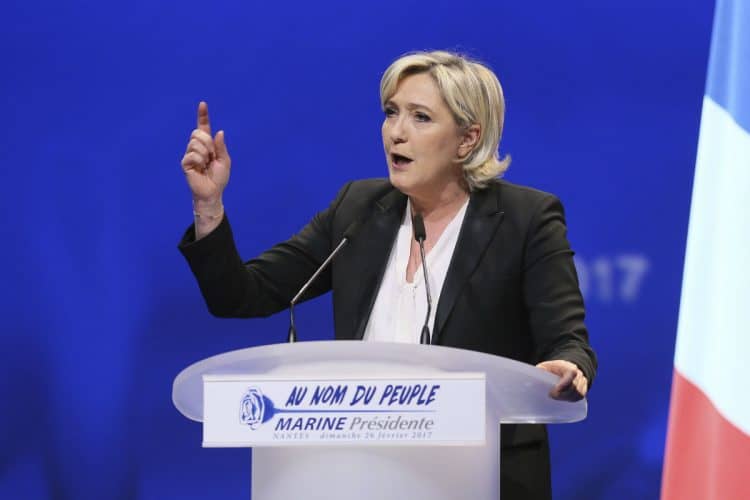 Marine Le Pen was left with egg on her face on Friday, after protesters launched some of the oval-shaped food items at the far-right figure. The firebrand politician was out campaigning in the north of France when the incident happened.

During the recent presidential election, Marine Le Pen found herself as the second-most successful candidate in the voting. She entered into a run-off with current leader Emanuel Macron, and although he managed to defeat his far-right opponent, more questions than answers remained.

A surge in far-right populism has been noted in France over the past few years, and Le Pen has been at the forefront of this movement. After an unsuccessful tilt at the presidency in 2017, she came closer than most anticipated to challenging the status quo.

However, not everyone has been swept up by her brand of politics. Le Pen’s trip to Saint Amand les Eaux descended into farce, after angry locals hurled eggs towards her entourage. The leadership candidate had to take cover fairly sharpish.

Marine Le Pen isn’t the first controversial politician to be pelted by eggs this year, either. A statue of Maggie Thatcher was given the old ‘Baker’s Dozen’ treatment last month, just hours after the structure was unveiled to the public.

The former PM was born in Grantham, but the council’s decision to honour her with a statue has proved to be highly contentious. Police have since confirmed that the egger in question was identified, and fined £90.

Which, if you’re keeping count, is $40 more than Boris Johnson had to pay for his ‘partygate’ fine.