By Will Robinson Goa is a very interesting place indeed. Despite being the smallest of all Indian states it sees some of the highest levels of tourism anywhere in the country, with significant diversity to be found amongst these visitors which can be distilled into five primary groups. Firstly you have the yoga loving, cold […] 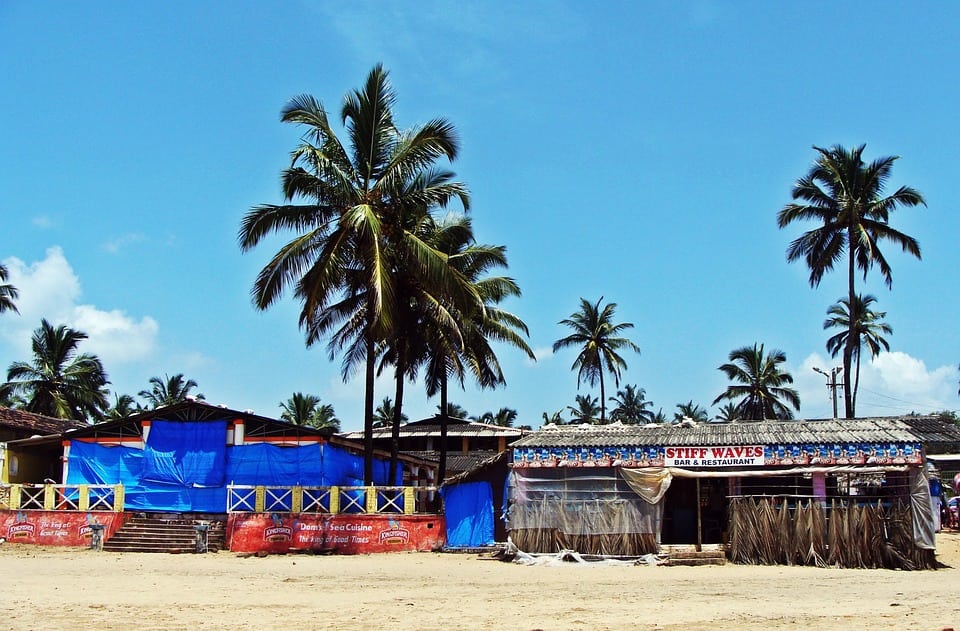 Goa is a very interesting place indeed. Despite being the smallest of all Indian states it sees some of the highest levels of tourism anywhere in the country, with significant diversity to be found amongst these visitors which can be distilled into five primary groups.

Firstly you have the yoga loving, cold pressed vegetable juice drinking, shakra cleansing healthy liver. Let’s call this deeply smug set ‘glowers’. Glowers tend to accumulate in designated yoga retreats across the state, speaking in hushed voices whilst channelling one another positive energy. They enjoy discussing their favourite types of superfood, stretching continuously and gathering on the beach every sunset to take silhouetted photos of one another doing the splits on the y-axis whilst standing on one leg.

The second category of Goan tourist are the psy-trance loving, class-A consuming party goers with dreadlocks, body odour, body hair, body piercings and are likely to leave India with an ‘ohm’ tattoo and a djembe as souvenirs. Due to their tendency not to bathe as regularly as they aught to by regular standards, we’ll coin this tribe of Goan tourist the ‘crusties’. In our third category we find an older crowd of temporary residents, many of who are there on more of a semi-permanent basis. Because of the cheap cost of living and incredibly reasonable basic accommodation available we encountered a large number of older travellers who spend extended periods of time in Goa and use the area as something akin to the Southern coast of Spain, riding around on rented Royal Enfields, pretending they’re in Easy Rider. We’ll call this group the ‘Costa Dels’. Many of them fondly remember Goa as a the hippie haven it once was, before the psy-trance and neon arrived.

The three above groups are not mutually exclusive. It is possible for a Costa Del to be returning to Goa for the n’th time for x number of months, the first few of which they’ll be spending as a crusty, partying through the night, getting their ohm tattoo touched up and getting their djembe re-strung. This will be followed by booking themselves into an ashram for an extended period of bending an cleansing.

There is an elusive fourth group of ‘luxe’ tourists, however sighting are rare as they tend not to venture out of their natural habitat of five star hotels.

The fifth group of tourists in Goa are Russians. As someone who doesn’t naturally exist within any of the above categories I found myself wondering where I’d fit into the Goan touristic ecosystem. Don’t get me wrong, I do like a bit of psy-trance from time to time (the likes of Shpongle, Infected Mushroom and Ace Venture lurk in my music collection), the djembe I brought back from my gap year over a decade ago definitely needs re-stringing and I would love to own a Royal Enfield one day, but I’m by no means a fully signed up member of any of the aforementioned touristic cliques. I envisioned Goa to be something like the cult film The Warriors, with my girlfriend and I attempting a daring dash down the coast, pursued on all sides by gangs of garishly dressed nutters, seeking refuge in safe harbours where the menu isn’t just raw veg and the sound of bongos is at least distant.

Though our North to South peregrination of the state over a couple of weeks was far less perilous than that The Warriors faced, Goa is still a minefield when it comes to accommodation options and the levels of concentration of each of the above Goan ‘tribes’. Below are a couple of the real stand-outs.

The Mandala in Mandrem, North Goa is a real ‘all things to all men’ kind of place, which started off it’s life as a recording studio who’s owner needed to find somewhere to house the musicians. Since then it’s grown organically and attracts an interesting crowd that manager Andrew says includes “…musicians, artists, writers, creative types and a lot more besides.” Situated in a quieter, more secluded part of Goa, surrounded by yoga centres and health retreats, Mandrem is the perfect antidote to the many of the party towns that nearby. The Mandala walks a fine line excellently, not labelling itself as accommodation exclusively catering to a single tribe and instead offering yoga and a juice bar, but with a soundtrack of ambient psytrance and boasting a few Royal Enfields parked outside the front entrance and ‘long stayers’ amongst it’s guests, to boot. A range of accommodation is offered to suite most budgets, from the penthouse suite of the hand painted ‘Blue House’, through to the basic but charming Eco Huts, with the real crown going to the Nomadic Villas, designed to look like Kerelan house boats. Just South, within walking distance, is the beautiful Ashwem beach and some of the best food in the state, at the French owned ‘La Plage. The holy grail from our travels of the state was however to be found in the south of the state, at Agonda beach. This pristine one and a half mile stretch of golden sand also houses the best accommodation that we stayed in in the state and possibly the finest food that we ate in India. The king size bungalows with open air en-suites, set amid manicured gardens that lead onto the beach, combined with incredible service and all for a price tag of less than £60 per room per night in high season make Agonda White Sands a no-brainer (beware other accommodation run by the same group on the beach which is comparably priced but not of comparable quality). When in Agonda, be sure to head to Fatima’s Kitchen for mouth watering and extremely reasonably Goan cuisine. You may even catch sight of Fatima, herself, sat behind the counter and manning the tills. With a couple of guest houses, a super market and a taxi service to her name, Fatima appears to run the town of Agonda and despite her friendly and maternal appearance I am adamant that she does so with a fist of iron, flanked on all sides by Indian mafioso underlings-cum-waiters and supermarket assistants.

Goa is a place full of hidden delights and hidden dumps and it can be incredibly difficult to work out, if booking ahead, whether your accommodation and the area you’ll be staying are going to meet your expectations. Though they can be an echo chamber, websites like Trip Advisor, Booking.com and Lonely Planet are a good place to start if you’re not sure where to stay. Or you could just take my advice and head to Agonda; a safe havens amidst the tribal territories of Goa’s visitors.