Of all the smug upper class perks one is afforded in London I bet few compare to the thrill of looking over a copy of the Financial Times to see the nose of a regular commuter smudged up against the partition door. Home to one of the most congested transport systems in the world it is […] 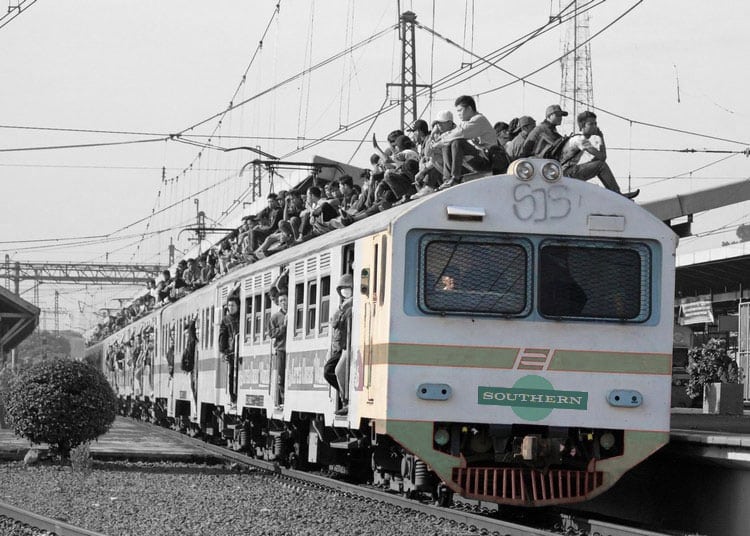 Of all the smug upper class perks one is afforded in London I bet few compare to the thrill of looking over a copy of the Financial Times to see the nose of a regular commuter smudged up against the partition door.

Home to one of the most congested transport systems in the world it is beggar’s belief that a class system still operates across London’s commuter belt. Figures from the Department of Transport recently revealed rail passengers in the capital suffer unbearable levels of overcrowding as trains cram in twice the number of people they should. The report noted that rail passengers are being ‘treated like animals’ with one in three commuters forced to stand on services arriving into London last year. And yet we have a class system in place.

That would be moderately bearable if we had a properly functioning private rail service in place, but we don’t have anything close. Overcrowding in itself is endemic of a poorly functioning rail system. If there isn’t enough room for people to sit down then that is a sign of a crumbling system. If there is so little room that people have to stand with their head in someone’s armpit (the 32nd biggest commuter gripe according to a SPANA study) then that is a catastrophe. And if trains have to pull in and depart from a station so full that people can’t even board then we really are properly fucked aren’t we.

Our trains are also seriously unreliable. London is home to some of the most undependable train services in the country. As anybody travelling on the 09:36 from or in between Epsom Downs to London Victoria – a service that was late 121 times last year – will tell you, reliability and train services aren’t words that mix in the capital. Southern rail was recently the lowest ranked service in the country for punctuality with Southeastern not far behind, both of which currently operate first class systems.

But the two biggest arguments for a declassified rail system in London are thus. First of all, we pay too much as it is. London is home to the most expensive public transport in the world, with commuters often paying twice the price of almost every city in the world including New York, Paris and Hong Kong. So expensive is the capital’s rail network that rail passengers already spend more than ten per cent of their disposable income on season tickets into the capital. So paying for an upgrade can go bollocks.

And secondly, and perhaps the most infuriating argument is that most of the companies operating services into the capital are being subsidised by the fucking tax payer. According to a report by the Office of Rail Regulation (ORR) the government / taxpayer continues to be a net funder of train operating companies to the tune of £3.8 billion, despite the fact that train operating companies paid out £183 million in dividends to shareholders.

So it came as a great relief to see that Chris Grayling has proposed scrapping first class entirely on the much maligned South Eastern Rail when the franchise comes up for renewal next year. The Transport Secretary proposed radical reforms in the Government’s next franchise blueprint for one of Britain’s worst performing rail services as the population in London and surrounding travel-to-work areas is set to soar by 3.4 million by 2030.

But surely this needs to be implemented across the board? I regularly make trips on South West Trains which fill two carriages with first class seating despite their trains been ridiculously overcrowded. Other operators in to the city operate similar systems and yet the commuter situation isn’t getting any better – it’s getting worse. Given the service we receive, the price we pay for it and the soaring demand it doesn’t defy logic that the time for declassification is nigh.