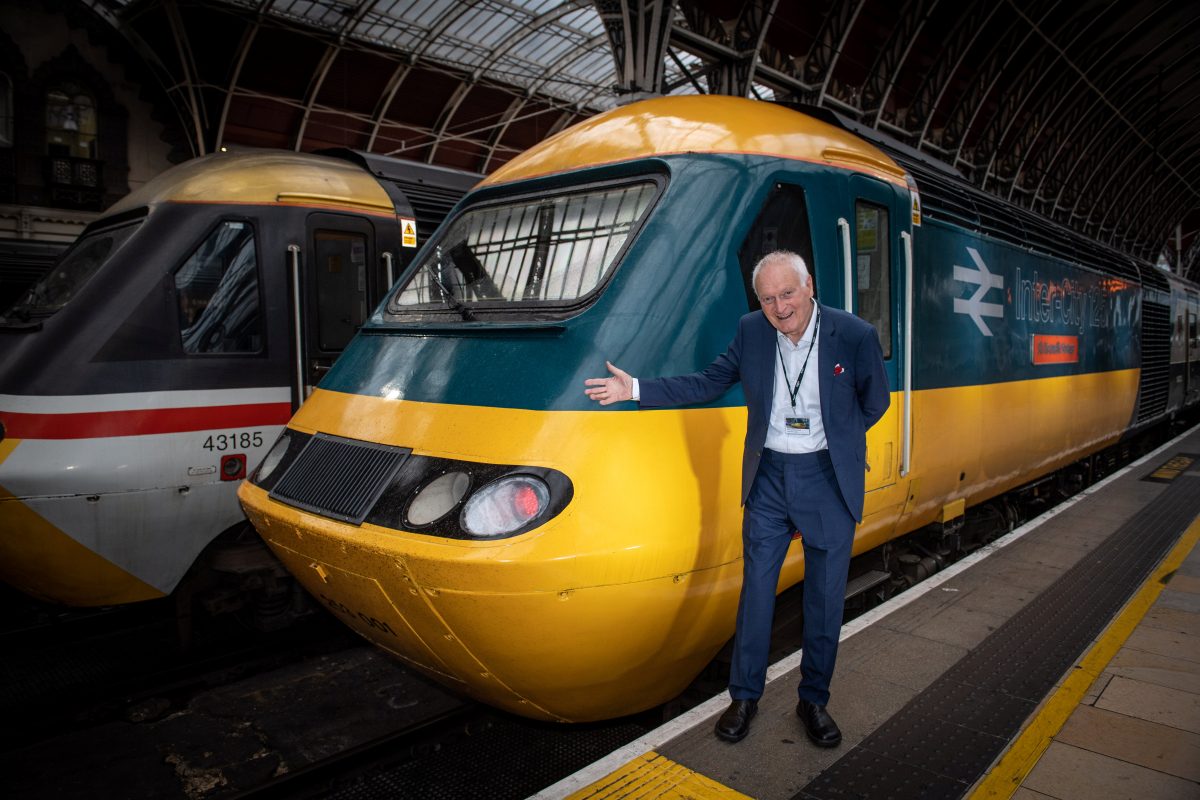 Thousands of train fans lined the iconic GWR Intercity 125 railway route to bid farewell on its last ever journey.

Introduced in 1976, the iconic design has been a symbol of Britain’s railways for more than 40 years.

But its time carrying commuters to London Paddington is now over as the old diesels are replaced by electric services.

Voluntary staff manned the door to welcome commuters to their seats onboard the reservation-only trip, which was parked alongside the last four remaining InterCity trains.

An additional 18:32 Intercity Express Train was also provided for those who did not wish to be on the last regularly timetabled High Speed Train.

British inventor Kenneth Grange – whose career has spanned more than 50 years and inventions include Kodak cameras, Wilkinson Sword razors and Morphy Richards irons – made on-board announcements, and rode in the driver’s cab from Swindon to Bristol.

The journey also included the first and last Intercity 125 production vehicle which included nameplates of train drivers Brian Cooper and Stan Martin who were killed in the 2000 Ladbroke Grove and 2004 Ufton Nervet crash.

With the train pulling up at Exeter St Davids at 22:00 emotional staff and commuters hugged one another to mark the end of the 178 mile route.

GWR Managing Director, Mark Hopwood said: “The High Speed Train has served the Western region for nearly 43 years, making a major impact on Intercity travel not only here in the west but across the country.

“This last train marks a major milestone in the transformation of the Great Western Railway, with the completion of our Intercity Express Train rollout which will see us deliver more seats, and more frequent and quicker journeys as we benefit from the modernisation of our network.”