Charles Jackson, 66, is learning to walk again after falling seriously ill during a coach tour in Cyprus at the start of December last year 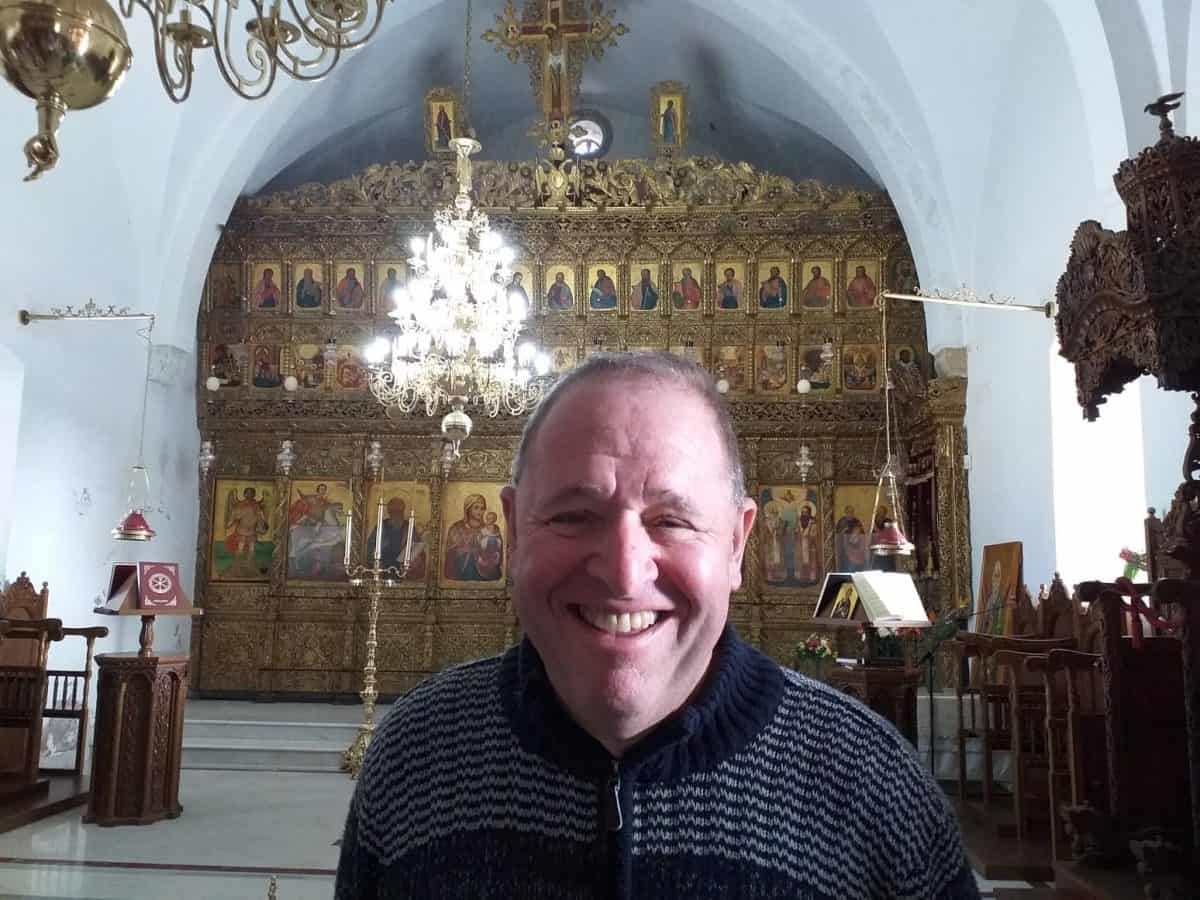 A retired fireman almost lost the use of his legs after he contracted E.coli and campylobacter while on a ‘holiday from hell’.

Charles Jackson, 66, is learning to walk again after falling seriously ill during a coach tour in Cyprus at the start of December last year.

He started to suffer with diarrhoea and fatigue a few days into his trip with wife Julie, 65.

On his return to the UK, the father-of-two saw his GP after the symptoms persisted.

Following tests, it was confirmed that he had developed both campylobacter – the most common cause of food poisoning – and E.coli.

But matters took a dramatic turn when he then started to lose the use of his legs.

Charles was rushed to hospital on December 19 where medics diagnosed him with Guilliain-Barre syndrome – a rare condition that affects the nerves and can lead to paralysis.

Having spent around 10 weeks in hospital, Mr Jackson has now called on legal experts to help him gain answers and justice after his nightmare trip.

Charles, from Stainton, North Yorks., said: “I simply cannot believe how this has happened.

“I feel I am clearly entitled to some answers and I want to know whether this nightmare could have been avoided.

The couple’s trip to Cyprus, which was booked through RSD Travel Ltd, began on December 1. #

The trip had been booked so the couple could spend a week exploring the cultural sights of Northern Cyprus, however, only a few days into the holiday Charles started to feel unwell.

He recalled: “We were out for the day and I felt very rough so headed back to the hotel.

“That night I was not up to eating dinner so I went to bed.

“I woke up in the early hours of the morning and that was when the diarrhoea kicked in.

“I felt so weak, I had a nasty fall and hurt my shoulder when I got up to use the bathroom in the night.

“I was suffering with stomach cramps as well, it was awful.

“Once we were home I was hoping it would pass quickly but the illness continued so I phoned my GP and asked for some advice.

“I was asked to provide a stool sample and I couldn’t believe it when I was told I had both Campylobacter and E.coli, but then the worst part was yet to come.”

Charles started to feel tingling and pins and needles in his legs and feet, and over time he began to lose feeling in them.

After collapsing at home, an ambulance was called and he was admitted to James Cooke Hospital in Middlesbrough.

After arriving at hospital and having various tests, it was confirmed he had Guilliain-Barre syndrome.

Charles said: “It has been an incredibly difficult few months and I have had to work to get the use of my hands and arms back.

“At the start of my illness my legs did not feel like they belonged to me and I felt trapped in my own body.

“I was due to go and see my son and grandchildren in Australia over Christmas and it has not been possible to do that because I was in hospital for 10 weeks.

“I am glad to be home but I am still working hard every day to try and improve the movement in my legs as it feels as though my muscles have wasted away.”

Clare Pearson, the specialist lawyer at Irwin Mitchell who is representing Charles and Julie, said: “This is a truly shocking case which highlights not only the huge impact that gastric illness issues can have on victims, but also how in some instances they can lead to even further health problems.

“Charles is understandably devastated by his experiences over the past few months and is desperate to get to grips with how these problems emerged.

“We are determined to help him in any way we can and have already commenced our investigations into what has happened.”

A spokesperson for RSD Travel said they are aware of Mr Jackson’s complaints but it is the company’s policy not to comment on ongoing legal cases.