by Tony Whitfield
in Automotive 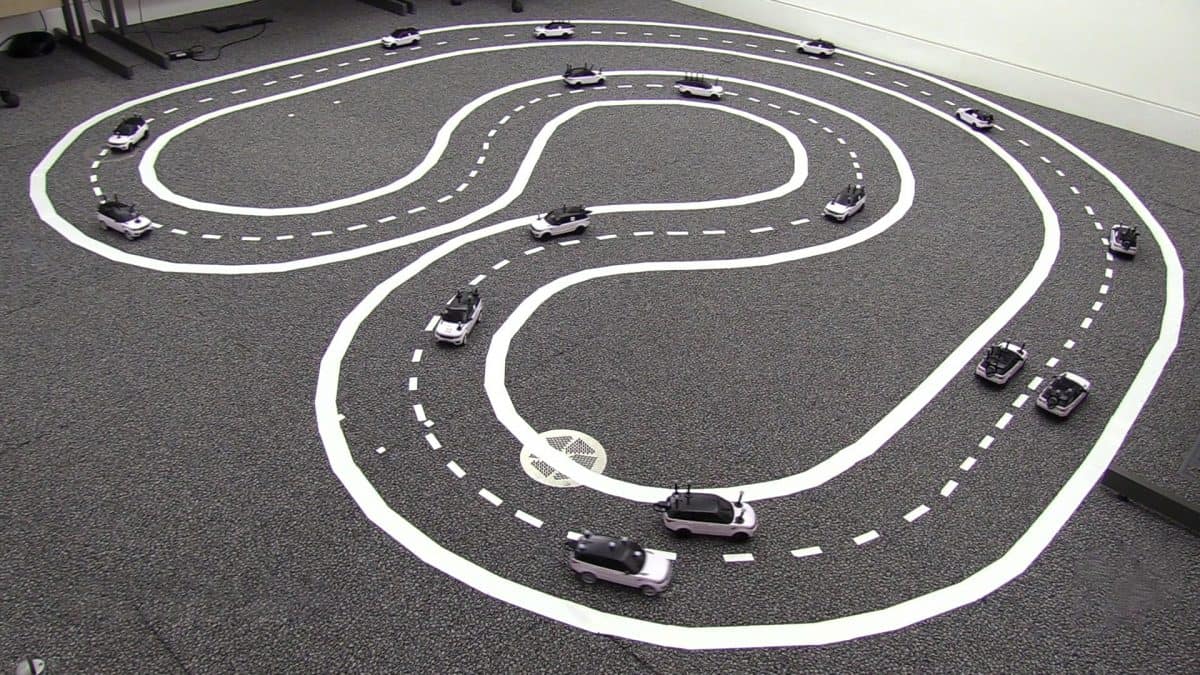 Driverless cars could cut traffic jams and improve traffic flow by a third provided they can talk to each other, a new British study found.

Manufacturers across the globe are racing to develop autonomous cars that promises to make the roads safer and smoother running.

But it could all end in gridlock if each manufacturer has a different system that do not communicate with other car makes, University of Cambridge boffins warn.

However if they all work together and communicate with each other they could improve overall traffic flow by at least 35 per cent.

Co-author undergraduate student Michael He at St John’s College who designed the algorithms explained: “Autonomous cars could fix a lot of different problems associated with driving in cities, but there needs to be a way for them to work together.”

Co-author undergraduate student Nicholas Hyldmar at Downing College who designed much of the hardware added: “If different automotive manufacturers are all developing their own autonomous cars with their own software, those cars all need to communicate with each other effectively.”

The findings were based on a series of experiments using a fleet of model cars programmed to drive on a multi-lane track.

They then observed how the traffic flow changed when one of the cars stopped.

When the cars were not driving cooperatively, any cars behind the stopped car had to stop or slow down and wait for a gap in the traffic, as would typically happen on a real road.

A traffic jam quickly formed behind the stopped car and overall traffic flow was slowed.

However, when the cars were communicating with each other and driving cooperatively, as soon as one car stopped in the inner lane, it sent a signal to all the other cars.

Cars in the outer lane that were in immediate proximity of the stopped car slowed down slightly so that cars in the inner lane were able to quickly pass the stopped car without having to stop or slow down significantly.

The system could also cope when a car controlled by a human was driven aggressively.

The autonomous cars were able to give way to avoid the aggressive driver, improving safety.

The improvement in traffic flow was 45 per cent.

Dr Amanda Prorok from Cambridge’s Department of Computer Science and Technology said: “Our design allows for a wide range of practical, low-cost experiments to be carried out on autonomous cars.

“For autonomous cars to be safely used on real roads, we need to know how they will interact with each other to improve safety and traffic flow.”

In future work, the researchers plan to use the fleet to test multi-car systems in more complex scenarios including roads with more lanes, intersections and a wider range of vehicle types.

The results were presented at the International Conference on Robotics and Automation (ICRA) in Montréal.