I winced when I first saw Oasis Festival’s promotional video. Beautiful influencer types lounging poolside smiling as if they’d just hit a million followers on IG. Bendy yogis downward dogged over Moroccan rugs in the desert. The camera panned to a dance floor with well-placed models grooving into the wee hours. It reminded me of […]

by Tyler Kofman
in Travel 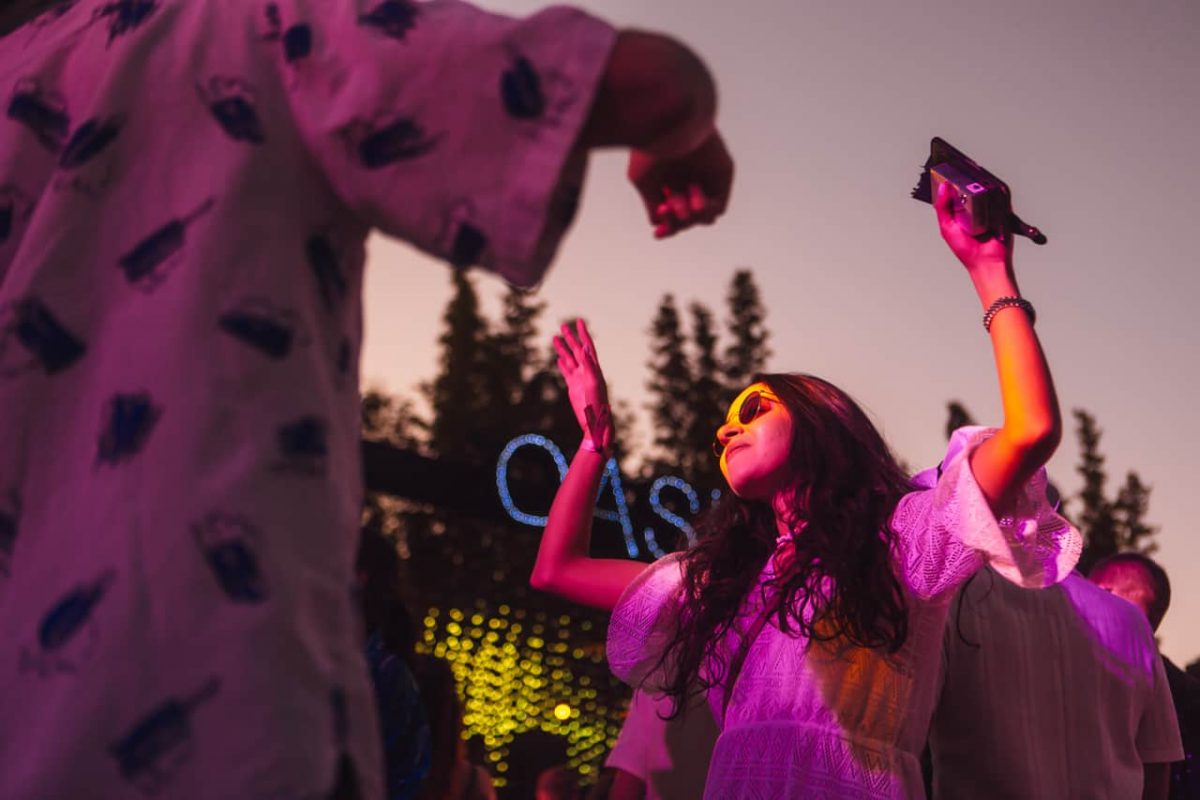 I winced when I first saw Oasis Festival’s promotional video. Beautiful influencer types lounging poolside smiling as if they’d just hit a million followers on IG. Bendy yogis downward dogged over Moroccan rugs in the desert. The camera panned to a dance floor with well-placed models grooving into the wee hours. It reminded me of Fyre Festival, the festival that was too good to be true. Fyre bombed so badly that Netflix made a documentary about it.

Thankfully, Oasis Festival was everything that Fyre Festival wanted to be and more. Oasis festival, which is in its fifth year, brought together free-spirited party people from all over the world and mixed them with locals to keep the Moroccan vibe honest. The billing, as techno lovers will tell you, was up there with the best. The sold-out success had over 60 artists perform and DJs, including Seth Troxler, Theo Parish, Moodymann and Ame. All of them helped to shake the dust off the rooftop of the five star Fellah resort where the festival was held.

The grounds had been given an Oasis makeover. Arabic lanterns, handwoven puffy seating and Moroccan rugs formed chill-out areas. Fire floated on water in the VIP area and candlelit lanterns hung from the trees. Stages branched out from the main pool area and food and beverage carts lined walkways lit by festoon lights. An Instagram-worthy Oasis sign, smashed up cars, and cacti helped to facilitate enviable selfies. Visually, the festival was an influencer’s wet dream.

The crowds were a perfect size and the stage layout was ideal too. Dancefloors didn’t feel cramped. They were big enough to dance freely, but busy enough to create a good party vibe. The star of the show was Moodymann on Friday night, he played everything from groovy house beats to sing-along hip-hop classics mixed to the perfect tempo and rhythm to make even the rhythmless dancers let loose.

The festival’s app provided detailed information on the daily schedule of events, set times, stage locations, and the types of foods offered. And the entire festival was cashless. Ravers loaded money onto RFID wristbands from one of the two top-up points and used those as payment for food and drinks which took the pain out of worrying about losing your stuff while dancing the night away. Food could definitely be improved upon next year. The portions were small and prices high, I guess, like most festivals. Not quite Fyre festival standard but hardly Michelin star either. A shame given Morocco is such a food-rich country.

At Oasis Fest you can spend your days poolside doing yoga or basking with friends in the beautiful Moroccan sun as the grounds open at 3:45pm. You can spend your nights dancing the stars away until almost daybreak as Friday & Saturday the party doesn’t end until 5am and on Sunday at 6am. The three-day festival provided something for everyone. Shuttle buses ran like clockwork every half an hour, ferrying people to and from the partner hotels saving the stress of sorting out overpriced taxis when you’re feeling worse for wear after a day and night of partying. There wasn’t a single hiccup during the weekend.