What's it like living as a 'Langham Local? We checked-in to the iconic hotel to try out its new residences. 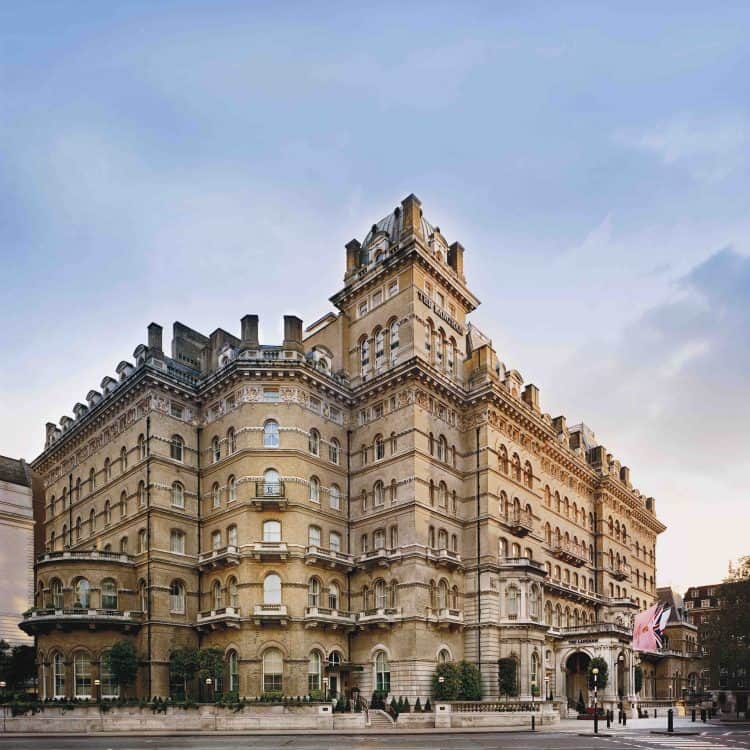 Mere mortals save for years to stay at The Langham, usually to celebrate a lengthy wedding anniversary or important birthday. Though others – the extremely wealthy – use The Langham as a second home when visiting London. It’s those guests who’ve had their lives made easier recently, thanks to Langham’s newest initiative: long-stay residencies.

Essentially, this iconic hotel is now offering a kind of co-living for the mega-rich. Where lavishly decorated suites fit for royals come with kitchens, living rooms and access to exclusive Langham Club. That means Taittinger champagne on tap, butler service, round-the-clock snacks, a complimentary pressing service, and free boardroom use. But that’s not everything. Guests who stay longer than a week get extra perks – massages, Fortnum’s & Masons hampers, gym passes and dinner at Palm Court (one of the hotel’s restaurants).

So, what’s it like living in unadulterated luxury in a resident suite at The Langham? We became a ‘Langham Local’ to find out.

Few hotels sit closer to the chaos of Oxford Street than The Langham – handy if you like shopping. Designer stores are easy to come by, just head to Bond Street. If you’re more partial to department stores, John Lewis and Liberty are walkable in under ten minutes. Meanwhile, a taxi will take you to theatreland in 15 minutes if the traffic’s not too thick. Alternatively, you can hop on the central line at Oxford Circus for one stop and take a short stroll. Another iconic sight, Regent’s park, visible from some of The Langham’s suites, is just over ten minutes away. While Buckingham Palace and Portobello roads are a 15-minute cab ride. Should you fancy a night out down town, Soho is a short stroll away. Arrivals and departures can get to Heathrow Airport in just over 30 minutes by car.

Rooms aren’t modern but reflect what The Langham’s guests want: old-world British grandeur. The décor is made up of neutral tones combined with glitzy light fixtures, parquet floors and contemporary furniture. They aren’t without five-star flourishes either, like Japanese-style toilets with multiple settings, large TVs with Chromecast ability, high-end coffee machines, cocktails in glass bottles, comfy sofas and sturdy desks. Mouthwash, toothbrushes, and sewing kits are all nice touches, but are terrible for the environment (microplastics are no good). Soundproofing is excellent, mattress toppers are luxurious, and blackout blinds make sleeping a breeze. Those fortunate (or smart enough to request) may have a view of Regent’s Park.

The reception area is grandiose as you’d expect, showcasing a collection of chunky stately marble pillars, expensive-looking chandeliers and a grand walnut-effect reception desk. It all sounds intimidating and lavish, but it’s not. Partly thanks to The Langham’s excellent team, who greet all guests in the same cheerful manner with no preferential treatment. They also have the knack of remembering a name, even if you only met them briefly on checking in.

In terms of style, the Langham is palatial, traditional and British, with nods to Asia in the shape of cherry blossom-effect mirrors. Orchids sit in large vases; slightly garish floral rugs as big as ship sails cover the floor and neutral corridors are punctuated by Japanese art picked by the owner. In the basement, you’ll find a small-ish swimming pool, formerly a vault, a good-sized gym and the Chuan Body &Soul spa. There are also two unique bars and two iconic restaurants. Roux at the Landau is closed but is due to re-open soon.

Food and drink are where The Langham truly excels. The Wigmore is its least formal offering but possibly its most modern. It is dressed as a traditional British pub with dark green walls, framed nature prints, and an oval bar with high stools; it serves classic English cuisine with a twist. The masala-spiced scotch eggs, three-cheese toasties and cheeseburgers with grilled ox tongue are all superb. The ambience is laidback – a mixture of office workers, couples, and hotel guests – excellent service. Gin-based cocktails are the go-to here, while homemade lemonade is what you need on a warm day. The hotel’s fancier bar, The Artesian, needs no introduction and was regularly named the best bar in the world (or thereabouts) up until 2015.

Palm Court has an art deco feel and operates as the hotel’s main restaurant now (it was Roux at the Landau before). Seville-born Ivan’s service is exemplary, even by the five-star standard. Everything is taken care of with no fuss – wine recommendations, food allergies, complex orders, all not a problem. The standout dishes are the chicken in a cognac sauce and the salmon with béarnaise sauce, though you can marry your protein with a host of sauces. Charlie’s chocolate cake, a rich praline dessert, is also outstanding.

Breakfast is available in the Langham Club to guests staying in specific suites and downstairs in Palm Court to all over visitors. Options here range from cooked classics (eggs in various ways, pancakes and granola) to Mediterranean style fruit bowls.

Adam was a guest of The Langham hotel.