Global warming will make the frozen wasteland attractive to tourists - within a few decades, say scientists.

by Jim Leffman
in Environment, Travel 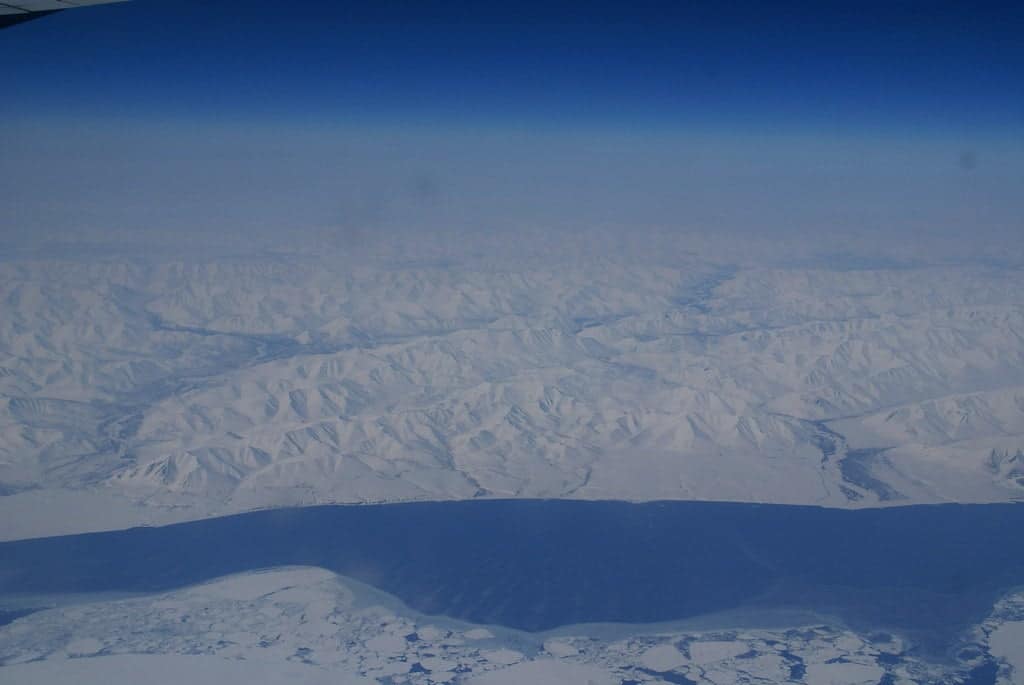 Siberia is set to become a holiday hotspot, according to new research.

Global warming will make the frozen wasteland attractive to tourists – within a few decades, say scientists.

Large swathes will become habitable – with people flocking to the notorious Asian side of Russia.

Computer models show temperatures may soar by almost 10C by 2080 – making it the ‘go to’ place to hang out because of climate change.

The milder weather may even see the snow covered wilderness replaced by vineyards.

Mass-melting would see the size of the permafrost drop by a quarter under the most extreme scenario considered feasible.

This would open up pristine areas east of the Ural Mountains, paving the way for millions of people to relocate to the region which stretches from northern Kazakhstan to the Bering Sea.

“As civilisations developed technology that enabled them to adapt, humans became less reliant on the environment, particularly in terms of climate.

“We wanted to learn if future changes in climate may lead to the less-hospitable parts of Asian Russia becoming more habitable for humans.”

She and colleagues in the US combined current and predicted weather data from almost two dozen studies to work out the potential for human settlement in the area up until 2100.

These work out how various levels of continued carbon dioxide emissions are expected to raise temperatures.

The region covers more than eight million square miles – accounting for 77 per cent of Russia’s land.

But it is home to only 27 per cent of the population, concentrated along the forest-steppe in the south, with its comfortable climate and fertile soil.

This enabled an estimate of their respective effects on three categories vital for humans – ecological landscape potential (ELP), winter severity and permafrost coverage.

The scientists found if humanity basically fails to reduce the amount of greenhouse gases we pump into the atmosphere, the region could become much warmer and wetter, particularly in the middle of winter.

For example, average temperatures in January could increase by nearly 17 degrees Fahrenheit (9.1 celsius).

The simulations showed Asian Russia’s permafrost coverage could fall to just 40 percent by the 2080s – from its current 65 per cent.

Even under the less extreme scenario, human sustainability would improve in more than 15 per cent of the area.

This could allow for a five-fold increase in the in the capacity of the territory to sustain and become attractive to human populations.

But a warm climate is just one part of making a region more habitable. She explained:
“However, suitable land development depends on the authorities’ social, political and economic policies.

“Lands with developed infrastructure and high agricultural potential would obviously be populated first.

“Vast tracts of Siberia and the Far East have poorly developed infrastructure. The speed these developments happen depends on investments in infrastructure and agriculture, which in turn depends on the decisions that should be made soon.”

Other locations in the northern hemisphere are already dealing with similar questions as they are transformed by climate change.

Greenland’s ice cap is melting and making it finally begin to live up to its name. The result is an increased threat of flooding, but also an opportunity to court more tourists.

Previously covered natural and archaeological treasures are being revealed – for the first time in thousands of years.

Siberia has one vineyard currently in the Altai Mountains. Dr Parfenova believes a temperature rise of around 10C will mean others will flourish.

Permafrost holds some 1,400 gigatons of carbon globally, more than twice the amount of carbon currently in the atmosphere.

As it melts, greenhouses gases like methane are released, enhancing the impact of warming, in a vicious circle.