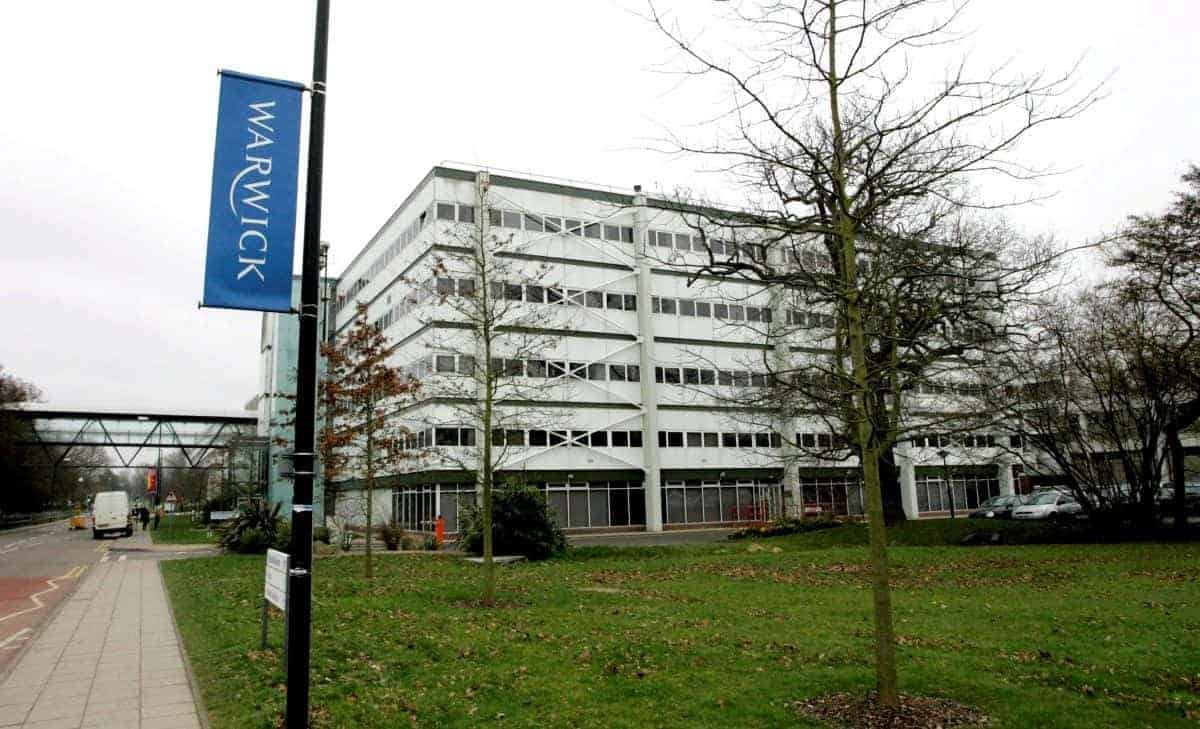 Two female students are suing Warwick University for hundreds of thousands of pounds over the vile WhatsApp rape threat scandal.

Eleven undergraduates were part of the sick messaging group that saw anti-Semitic and sexist comments made, as well as threats about rape.

Today (Fri) it emerged leading British-American lawyer Dr Ann Olivarius is representing two of the victims who were mentioned in some of the messages.

Speaking to student newspaper The Tab, Dr Olivarus, who specialises in bringing sexual harassment and discrimination lawsuits against universities, said: “We are quite prepared to go to court.”

She added: “Other cases at other universities have settled for around £100,000 per student.”

Dr Olivarius made legal history when she brought a lawsuit against Yale University in 1980 and is a leading authority on fighting sexual harassment.

She announced she was taking the Warwick University case after a BBC documentary revealed how one of the victims discovered the vile messages.

She tweeted: “We are so proud to represent these incredible young women.

“To everyone who’s expressed outrage, disbelief and anger over their treatment by the university and the young men in question – please rest assured that this story is not over.”

In the documentary, one of the victims, called Anna, told how she discovered her close male friends had mentioned her name in the messages.

Chilling posts in the group chat included one saying: “Rape the whole flat to teach them a lesson”, while another read: “Oh god. I would hate to be in the firing line if I had a vagina.”

The messages saw one joke: “Rape her friends too. Sometimes it’s fun to just go wild and rape 100 girls.”

Another added: “Rape the whole flat to teach them all lesson.”

While the sick message stated: “What do we do with girls? RAAAAAAAAPE.”

Another message said: “I swear to god if it’s that girl in my flat, I’m going to go all 1945 advancing Soviet Army on her and rape her in the street whilst everybody watches.”

Another fiend said: “Rape her and run.”

Responding, another said: “I think I would have disabled her. Hahaha. Knock her out, the stupid slut.”

Speaking about how she found out about the messages, Anna said: “We were sat in my apartment and he had his laptop out.

“He kept getting all of these messages through from this other mixed group chat.

“Obviously I can see them popping through and they were not nice messages and he just laughed at me and he said, ‘well if you think that’s bad, you might want to see our lads chat.’

“He then proceeded to show me the lads group chat as if he were showing off, as if it were something that he should’ve been proud of and that I was going to be impressed by how vulgar and horrendous it was.

“That’s when he took me through a year-and-a-half worth of rape threats.”

Anna, who is in her third year at the university, said the trauma of reporting the messages made her feel like she was being “punished.”

She said: “The university caused so much pain and so much damage and this is carrying on over a year later.

“The trauma of feeling strong enough to come forward and being punished for that by the university is probably the most damaging part of this.

“I don’t want to go to my graduation. I just can’t wait to never have to go to Warwick ever again.”

Five students in total were suspended – with two banned for ten years, two excluded for one year and one given a lifetime ban.

Dr Olivarius’ website says she has “brought many cases in this area, challenging universities when they have failed in their duty to protect their students from sexual harassment and campus rape.”

She said: “There has been a serious lack of leadership and moral courage in the people doing the investigation.”

“These girls have been unnecessarily hurt.

“There has been terrible abuse and terrible harm done unnecessarily.

“We aren’t doing this to chase money, we’re doing it to do the right thing. People have been improperly treated.”

She also blasted the university’s head of press Peter Dunn who was responsible for dealing with the media and protecting Warwick’s reputation.

As investigating officer, he was responsible for examining misconduct allegations and recommending which punishments – if any – the men should face.

In February, the university admitted “the potential for conflict” between Dunn’s two roles, but insisted relevant press duties were “delegated” during the investigation.

Dr Olivarius tweeted: “You can imagine a situation where the press officer thinks: ‘Well, I think the just thing to do would be to do this.

“But if I put my press officer hat on that won’t look good in terms of their perception and the reputation of the university.'”