For this month’s ‘Quit your job and travel the world like…’ we caught up with the remarkable 32-year-old environmentalist, Lizzie Carr. After being diagnosed with thyroid cancer, aged just 27, Lizzie briefly returned to the agency life in search of normality but soon decided it wasn’t for her. Lizzie, who describes herself as an ‘eco-adventurer, […] 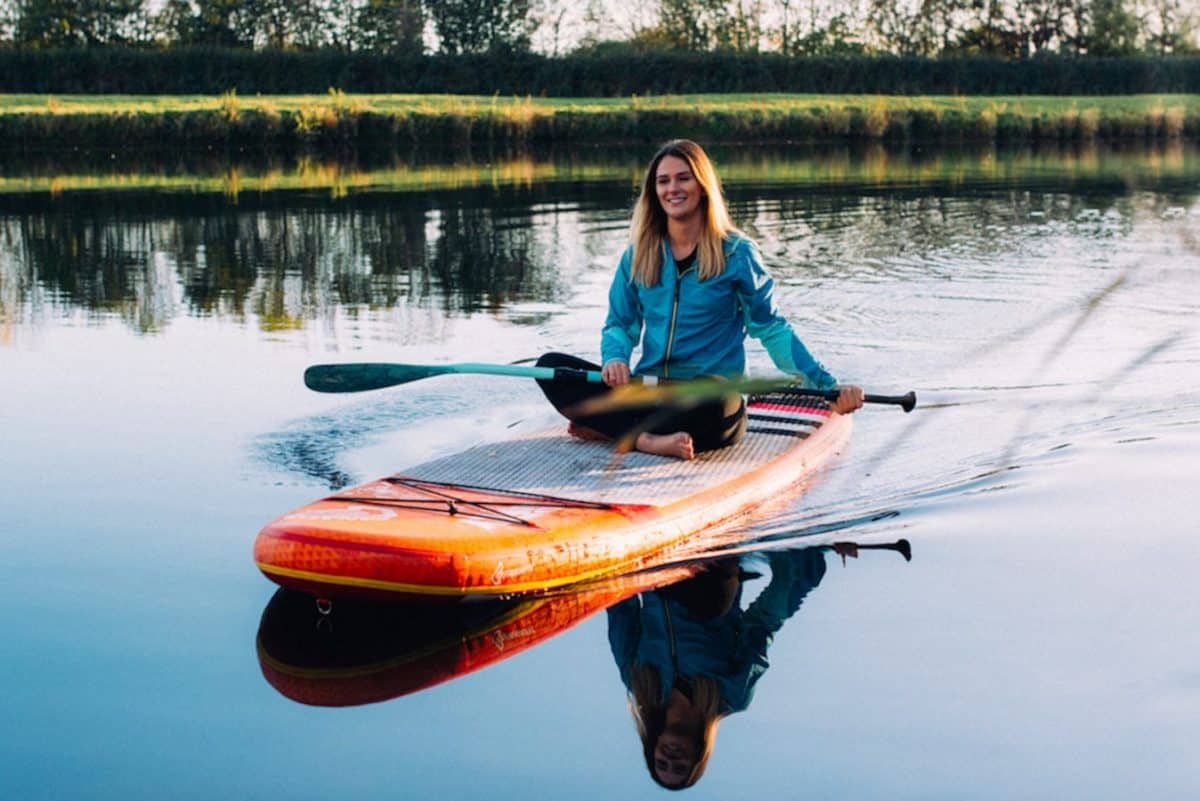 For this month’s ‘Quit your job and travel the world like…’ we caught up with the remarkable 32-year-old environmentalist, Lizzie Carr. After being diagnosed with thyroid cancer, aged just 27, Lizzie briefly returned to the agency life in search of normality but soon decided it wasn’t for her.

Lizzie, who describes herself as an ‘eco-adventurer, set up #PlasticPatrol – a campaign that aims to rid the world of single-use plastic. She set up Plastic Patrol after noticing that UK waterways were full of plastic when out paddle boarding.

The London-born activist now dedicates her life to saving the planet and in 2016 became the first person in history to paddle across the length of the UK. In this Q&A, she reveals she was once caught in a hurricane, why she loves Africa and why India she has a difficult relationship with India – a country she loves.

I’m a paddle boarder, adventurer and the founder of a not-or-profit I set up a couple of years ago called Plastic Patrol which tackles environmental issues, specifically around plastic pollution, through wellbeing activities and citizen science. In two years, our audience has logged more than 100,000 examples of plastic pollution across more than 42 countries globally, something I’m immensely proud of.

What did you do before you became an eco-adventurer?

After I graduated from University, I did everything the textbook way – I secured internships to gain experience, then landed my first job in marketing and for the next few years worked my way up the career ladder. My focus was on achieving the measures of success I had set for myself – paychecks and job titles. I was on an upward trajectory and doing what most millennials dream of, I was saving money, but I was feeling increasingly unfulfilled and decided to take a six-month sabbatical to eco-adventure in remote locations all over the world. It was an incredible experience and I had every intention of going straight back to work when I returned, but an unexpected cancer diagnosis two months after I got home changed everything. Here I am today as an environmental activist and professional paddle boarder with three world firsts, and I feel now, life has really started.

Do you have a favourite country?

I have an affection for sub-Saharan Africa having travelled overland by truck from Kenya to Cape Town. I was told before I left for Africa that it would ‘steal my heart’ and I remember thinking it was quite a cliché. But as soon as I arrived, and threw myself into the rhythm of Africa, I was hooked. It was the first time I’d encountered any of the big five in real life and learnt more about the plight of the rhino – something I have continued to campaign against since. It’s a magical place and one of the most spectacular moments for me was camping out in Namibia under a sky lit up by stars. I must have seen about 15 shooting stars that night and the milky way was clearly visible. There’s nowhere in the world I’ve seen stars like it since.

Where’s the worst place you’ve ever been?

I don’t think of anywhere I have travelled as ‘bad’ or the ‘worst ‘but one place that I felt most affected by was India. I’ve never been anywhere that oozes so much love, contentment and happiness in the simplest of pleasures, but this country is also one of the worst examples of plastic pollution I’ve ever witnessed and reminds me that we still have a long way to go for global change.

Probably Barcelona. I grew up in Tenerife and Spanish was my first language, so I’ve always felt very much at home in that culture. The draw of Barcelona is the vibrancy of the city, culture and incredible food all alongside a beautiful beach and within a couple of hours travel time. What’s not to love about that?

Canada – I would love to paddle on the Yukon River.

Last year I did a road trip through Costa Rica with a friend. We hired a car and drove a coastal loop around the country. We laughed a lot, ate a lot, surfed (or, at least, tried to) a lot and visited some of the most untouched and unexplored national parkland in the world where around 5% of the world biodiversity call home.

Paddle boarding the length of the Hudson River in New York and getting caught in the throes of Hurricane Florence – that wasn’t a great deal of fun.

That I am more capable than I often give myself credit for.

It’s quite a romanticized notion, but make sure you’ve thought about, and accounted for, the financial implications.

Lizzie is urging the public to unite in her #OneForOne campaign – a science-led initiative, demonstrating how small digital acts can add up to huge global change. So far, Lizzie’s campaigning efforts have resulted in more than 100,000 examples of plastic pollution across 42 countries worldwide being uploaded by users of her #PlasticPatrol app.

The goal, with help from the public, is to log one million pieces of plastic in the UK via the app– one for every marine species killed each year from plastic pollution.