This week, TLE caught up with British-born photographer Daniel James Clarke to find out how he went from restaurant manager to world traveller. Since quitting his job in 2014, he’s been on the road exploring over 60 countries along the way. Tell us a little bit about you?  My name is Daniel James, I’m British-born but […] 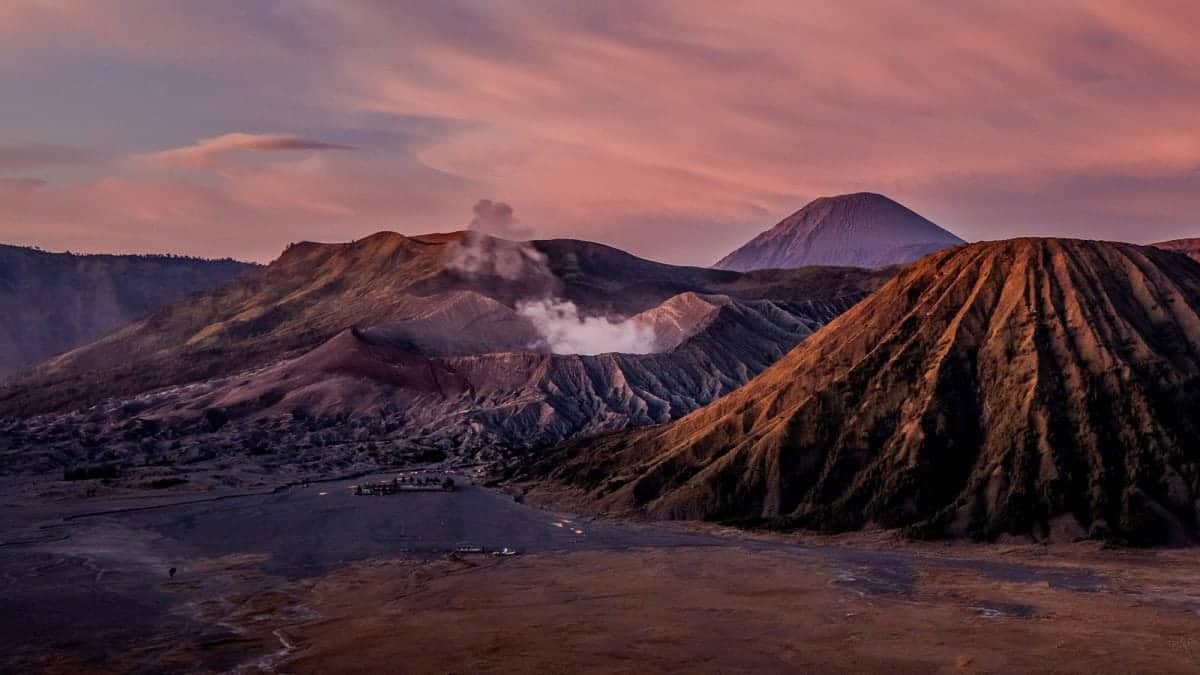 This week, TLE caught up with British-born photographer Daniel James Clarke to find out how he went from restaurant manager to world traveller. Since quitting his job in 2014, he’s been on the road exploring over 60 countries along the way.

My name is Daniel James, I’m British-born but have been living and working nomadically for the past three years. After spending eight years managing restaurants, mainly in London, I was pretty confident there was more to life than back-to-back double shifts and crappy hours so I quit my job, bought a one-way ticket and hoped neither my shameful savings account or lack of nomadic work options would completely screw me over.

After a year of travelling, studying free stuff on Google and one too many beers, I’d managed to build my travel blog danflyingsolo.com to a pretty professional level which scored me some photography gigs and let me start doing web-design on the side. Fast forward a few more years and I’ve (somehow) made myself a dream job working with brands such as Lonely Planet and Skyscanner whilst getting to see the awesomeness of the world while I’m at it.

My first ever trip abroad was to Disneyworld in Florida when I was a little kid. I don’t really remember much of it but apparently, I hijacked and crashed a golf buggy and caused a panic in a theatre by running out screaming fire when a smoke machine came on. I’m still pretty clumsy on the road so not much has changed.

For me, it’s all about meeting people and learning about their world, culture and perspective. Being a kid in a small English town I didn’t grow up with the most global view and travel for me is hands downs the best education you can get. Travelling solo forces you to jump into random conversations with locals which gives a way better insight into a country than just walking around looking at attractions. Eating Guinea Pig in Peru, learning to play a Chakhe in a Cambodian home and going bush foraging for foods in Australia are all amazing memories I wouldn’t have got without making those personal connections.

I think I hit 60 when I visited Japan last month. I know a lot of people always go to new places to get their count up but I’m a sucker for going back to countries over and over if I’ve fallen for them.

It’s a toughie but Indonesia wins for the sheer diversity of the country, from the landscapes to the range of wildlife and local cultures, you can get anything out of the archipelago and the smiles and laughter of the Indonesian people are infective. It really surprises me how it’s often so overlooked compared to other SE Asian countries but I think the lack of tourists and affordability away from the main hotspots is what makes it such a special place to visit still. The diving in Raja Ampat and the sheer beauty of Komodo national park are my standouts.

I’m generally pretty decent at finding the good in anywhere but Marrakech was a bit of a let down for me, I didn’t feel that safe and it was one of a few places people have physically grabbed and harassed me. I think the worst place has got to be Khaosan Road, I had a fun night there but damn, if you want an advert for the worst of travelling/backpacking then that street around midnight is pretty spot on.

Hands down Sydney. I’ve never really felt like anywhere was home but it only took a couple of days in that city to know I wanted to live there someday. Sydney is the perfect balance of beach and city and Aussies, in general, have got the work/life culture nailed – the strong minimum wages, the outside living vibes, good banter and a positive outlook.

If you could visit anywhere in the world right now, where would it be?

Right now it’s gotta be Antartica. I’ve had a few friends visit in the past year and it looks next level. I mean, kayaking next to whales and glaciers in Antartica, who wouldn’t want to do that? The idea of somewhere so remote and untouched really excites me and harks back to what travel/exploring used to be. Unfortunately, my bank account disagrees but it’s one trip I’m happily saving up for.

I swear the answer to this question changes on the regular but road tripping and camping in Oman is up there. It’s such an incredible country and you can camp pretty much anywhere which is ideal for nature lovers and if you’re on a budget. Waking up on a beach to go and watch turtles laying their eggs before driving to sleep in a desert surrounded by wild camels is a pretty surreal day. The hospitality of the Omani people is next level and during that whole 10-day trip every day felt completely different. Plus, road trips are always good for a few disaster stories like exploding gas canisters or being woken up by a heard of goats trying to get into your tent.

During Rio Carnival, which on a whole was one of the best trips of my life, I got caught up in a shootout in one of the slums when trying to see a local rehearsal, luckily we were in a car so we just ducked down and hoped for the best as we sped out of there. It wasn’t awful for me personally but it was a real eye-opener. It was pretty crazy to see somewhere that had been so peaceful and full of smiling faces doing the Samba the night before change into such violence. Sadly it’s not until you see a destination at it’s most vulnerable that you really start to see all sides of it and now just the glossy tourism stuff. Getting a parasite infection in Laos was a close second and had me bed bound for a while, great for losing weight but I felt like shit for months until I finally got back to Australia and given the right meds. Oh yeah, and I got mugged once for all my camera gear – that was pretty shit.

Yeah, I’m pretty good at getting myself into dumb situations. In Austria I stupidly hiked up to some ice caves in my gym shoes and slipped off the mountain, then a bunch of tourists took photos and laughed at me as I hung on to the edge before a legend of a local pulled me back up. Most recently, I got pulled down by a current in Raja Ampat, Indonesia while scuba diving and ran out of air at 30 metres. That was the first time my life literally flashed in front of my eyes which was scary as hell. Luckily my best friend found me and had enough air to get me back to the surface with a safety stop. I forever owe her beers now.

Once you’ve seen how many people and different cultures are out there you realise just how huge the world is and how tiny you are in comparison. Travels taught me a lot of stuff about what I believe, what job I want to do and it’s also changed my moral and political views from before I hit the road full time. The main lesson travel has given me is happiness isn’t defined by what you do and don’t own or how much money is in your bank account. Ultimately, travel has made me value people over possession a lot more and made me very aware of just how privileged life is as a white guy with a British passport.

Don’t over think it: save some cash, book ticket, quit job, go.

If you decide full-time travel is a lifestyle you *really* don’t want to give up, you’ll find a way to make it work for you. If I can do it, you’ve got this.