Harry Kane The Spurs striker just scored his 100th goal for the club against Liverpool last weekend. The England forward is the second fastest player in Premier League history to hit the Hundred Club behind Alan Shearer. Kane hit the hundred mark in just 141 league appearances, while Shearer managed it in just 124 appearances. […] 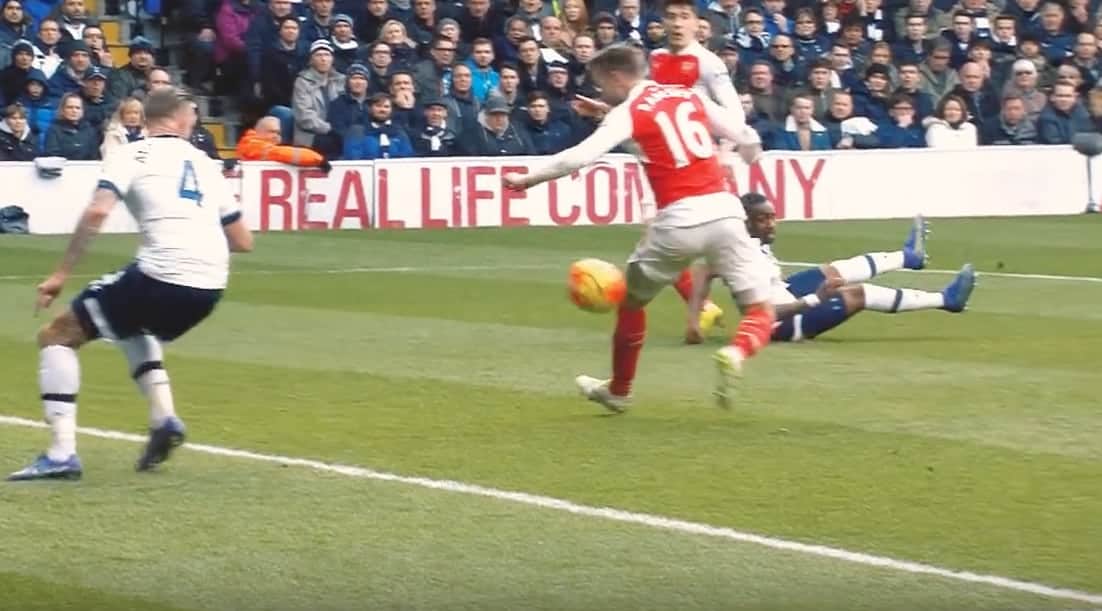 The Spurs striker just scored his 100th goal for the club against Liverpool last weekend.

The England forward is the second fastest player in Premier League history to hit the Hundred Club behind Alan Shearer.

Kane hit the hundred mark in just 141 league appearances, while Shearer managed it in just 124 appearances.

Though the Spurs star broke the former Blackburn and Newcastle striker’s record for most league goals scored in a calendar year with 39 last year.

Even Arsenal manager Arsene Wenger admitted this week in a press conference that goal for goal there is no better striker in Europe than Tottenham’s Harry Kane.

While Arsenal’s new record signing Aubameyang has been scoring every 109 minutes of football, Kane nets a goal approximately every 102 minutes on the pitch.

The 24-year-old star striker has so far this season scored 35 goals in 36 games for club and country, including three hat-tricks.

– A better record so far than Neymar, Lionel Messi or Cristiano Ronaldo. So the Gunners’ beleaguered defenders will have their work cut out.

– As they well know.

Hotspurs and Gunners fans have waited 25 years to meet again at Wembley after legendary clashes at the national stadium have left them with one win each. – And each time a historic FA Cup semi-final. So today could be the decider.

The North London rivals will be wondering whether stars such as Pierre-Emerick Aubameyang, Mesut Ozil, Harry Kane and Dele Alli will join those who entered the history books at those previous Wembley clashes. – The likes of Ian Wright, Tony Adams, Paul Gascoigne, David Seaman and Teddy Sheringham.

Today’s Tottenham icons, Mauricio Pochettino’s side packed with superstars – are unbeaten at their temporary home since the first day of the season. Arsenal will be heading to the 90,000 seater stadium with a very chequered away record. The Gunners have lost six away games this Premier League season.

“I don’t put Arsenal as favourites because of their appalling away record,” warned former Arsenal legend Martin Keown about today’s clash, explaining:

“They have won just three of their 13 Premier League away games.

“They have been that bad away from home that at times I have found it difficult to watch them.”

Yet Arsene Wenger was in ebullient mode, insisting that Arsenal can close their gap at Britain’s biggest footballing stage.

Playing at Wembley “has a little weight in it because we feel we have a good level of performance there,” Wenger boasted.

The Gunners – for whom Wembley was a temporary home for Champions League football in the 98 /99 season – are also well aware that Arsenal have not lost at Wembley since Chelsea beat them there in the 2009 FA Cup. The Gunners have nine consecutive wins at the ground.

The Gunner’s new star striker Pierre-Emerick Aubameyang is likely to lead the attack at the mouth-watering North London derby.

The former African Player of the Year (2015) is undoubtedly the world’s fastest forward – having clocked 30 metres in 3.7 seconds.

This stat is particularly impressive when considered that it is faster than Usain Bolt at the same distance. He joins Hector Bellerin (who though he has not had the best season) is the world’s speediest defender.

Like Harry Kane, the Gabon superstar is also a member of the Hundred Club. Pierre scored 141 goals in 213 appearances for Borussia Dortmund, and scored on his first outing with the Gunners, last weekend’s 5 -1 routing of Everton.

Arsenal’s previous record signing, Alexandre Lacazette, has somewhat struggled for goals this season, having only hit nine in the league and one since November, despite making an appearance in every Premier League match. So Arsenal need Aubameyang to be at least as proficient at netting goals as Alexis Sanchez was.

Aubameyang’s infamous pace and finishing ability will certainly help Arsenal score more but may also help to change the dynamic of games. Defences will be terrified of his pace and sit deeper, allowing Arsenal’s midfield more time and space on the ball. – Given the space to create chances, Mesut Ozil, Ramsay and Mkhitaryan can all be devastating.

Aubameyang wears the Number 14 shirt once worn by Thierry Henry, perhaps Arsenal’s greatest legend. Hopeful fans have likened the two strikers for their pace and impeccable finishing. Even Wenger did this week, saying his new signing is like “I would say, Thierry Henry with his quality of runs.” Though he added, “but it’s a bit too early to compare him to the best player ever who played here.

“He has played one game. But it’s a good example to follow.”

With just FOUR POINTS between the North London rivals, every point could make a difference for that coveted Fourth Place Champions League position.

Chelsea (on 50 points) in fourth place are having a terrible time recently, having won only one of their last five matches, and lost 4-1 against Watford in their last game.