A Norwegian cruise line has signed a multi-year deal with biofuel firm Biokraft to power its ships with fuel made from dead fish and other organic waste. In what is the largest ever global contract for supply of liquefied biogas (LBG) to a shipping operator, Hurtigruten and Biokraft has entered into a 7 and a […] 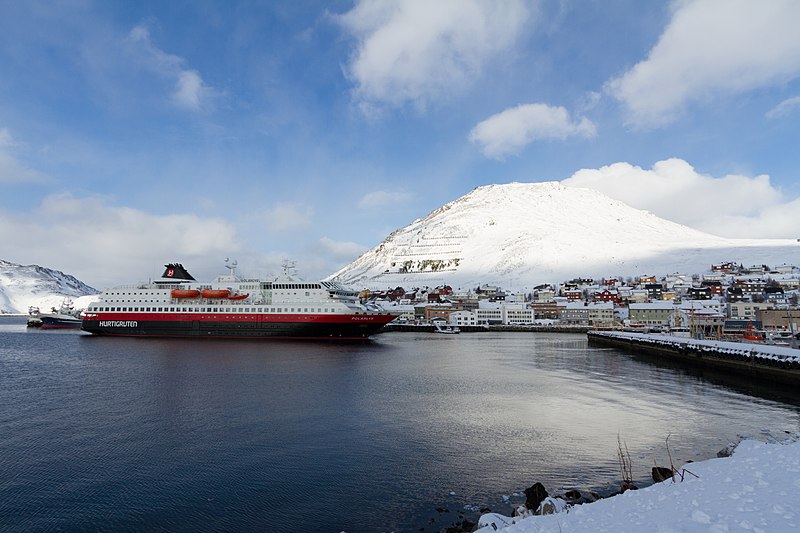 A Norwegian cruise line has signed a multi-year deal with biofuel firm Biokraft to power its ships with fuel made from dead fish and other organic waste.

In what is the largest ever global contract for supply of liquefied biogas (LBG) to a shipping operator, Hurtigruten and Biokraft has entered into a 7 and a half-year deal.

The partnership includes near-daily delivery of biogas produced from organic waste to the ships, which will be the first cruise liners in the world to be powered by fossil-free LBG.

Hurtigruten will replace conventional engines with gas-powered engines and large battery packs on at least 6 of their ships by 2021.

The hybrid ships will run on a combination of clean electric power, natural gas (LNG) and biogas (LBG).

Biokraft CEO Håvard Wollan said:  “We are proud to partner with Hurtigruten and see this as a major step towards green and sustainable shipping.

“It is very encouraging to see that Hurtigruten once again proves their stance as the world’s greenest cruise line, setting an example by effectively being the company that is introducing biogas as fuel in the shipping industry.”

Renewable biogas is a clean source of energy, considered the most eco-friendly fuel currently available. Biogas is already used as fuel in small parts of the transport sector, especially in buses.

Northern Europe and Norway, which has large fishery and forestry sectors that produces a steady volume of organic waste, has a unique opportunity to become world leader in biogas production.

What is biogas – and how is it made?

Aquaculture and forestry are large contributors to the economy in Norway and Northern Europe. However, they generate residual material and biological waste. This is ideal for producing liquid biogas, a renewable fuel suitable for heavy transport and maritime transportation.

At biogas plants, the biological waste is first treated with heat that makes it easier for bacteria to break it down.

In the bioreactors, a controlled decomposition process is happening which emits gas, this gas is called biogas.

The gas is cleansed and cooled down until it becomes liquid.

The production produces very nutritious remains that can be used as agricultural fertilizers.

The biogas is then transported to the markets and used as fuel for vehicles and vessels – such as the Hurtigruten ships.

Liquified biogas (LBG) can be mixed with and used on same tanks and engines as Liquidied Natural Gas (LNG), taking advantage of existing infrastructure and technology.

By creating biogas, you get rid of emissions from waste, making it “better than neutral”. According to the International Energy Agency (IEA), biogas from waste is 179 per cent renewable.