Parkinson’s UK has branded the treatment of trustee David Allan ‘shocking and unacceptable’. 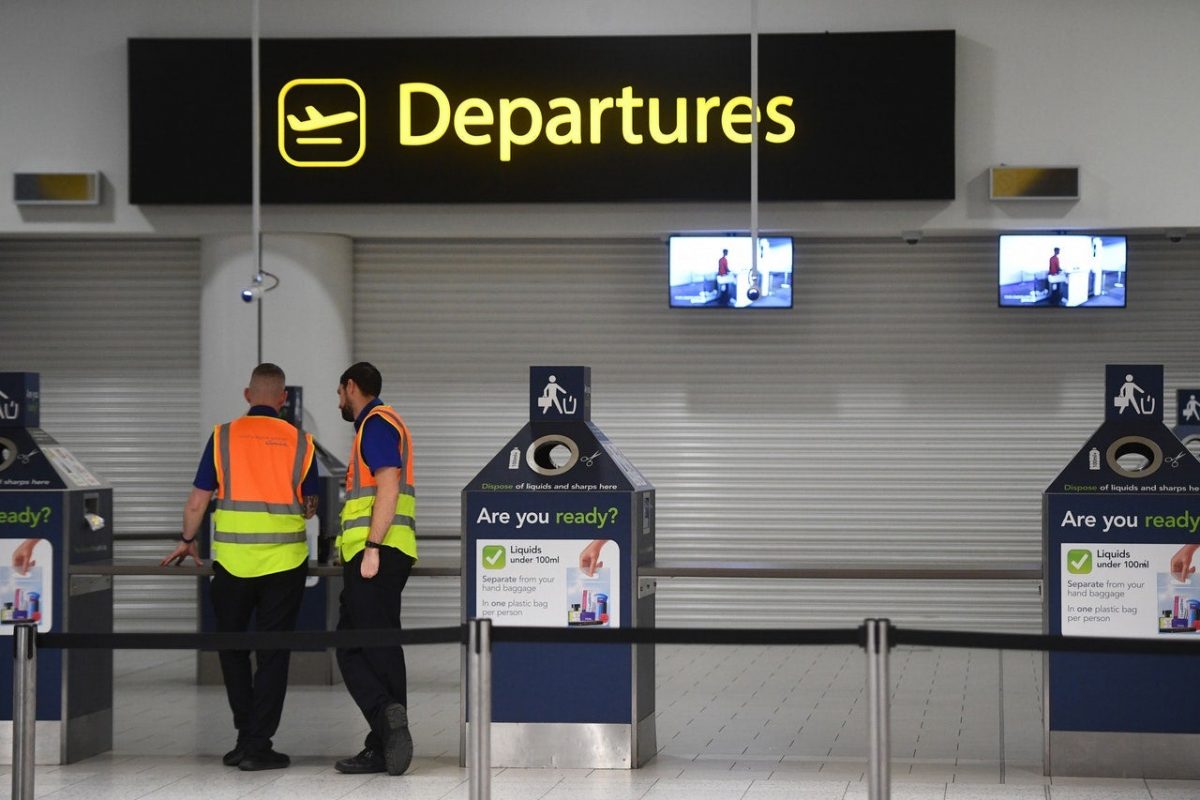 A man living with Parkinson’s disease has said he was left to crawl through airport security on his hands and knees after his flight was cancelled and he ran out of his medication.

David Allan, who is the Scotland trustee on the board of Parkinson’s UK, had been attending a two-day board meeting in London before heading to Gatwick Airport to catch a flight to Edinburgh.

The charity condemned the treatment of Mr Allan, 57, of Alloa, Clackmannanshire, as “shocking and unacceptable”.

Mr Allan had been due to depart Gatwick at 9.25pm but was told his British Airways flight was cancelled and he would not be able to fly until 10pm the next day from Heathrow – causing him to be left short on the medication he required.

He must take 27 tablets each day, made up from nine different medications, with many needing to be taken at set times.

After repeated phone calls to NHS 111 and trips to a chemist and the Urgent Treatment Centre at Crawley Hospital, it became clear there were no supplies available at either the airport or in the towns surrounding it.

Mr Allan then found his medication starting to wear off and said his mobility failed to the point he could barely walk and he felt light-headed and faint.

At the special assistance desk at Heathrow before his journey home, Mr Allan said he was told British Airways had not transferred his requirement for assistance from Gatwick and were fully booked so could not help him.

Mr Allan said: “After making sure again there was no medication available at the pharmacies in Heathrow I made my way to security.

“I was more or less on my hands and knees crawling through airport security.

“I’m prone to falling as a result of my Parkinson’s – especially when I’m off – so that journey through a busy airport was extremely difficult as I was afraid of being knocked over.

“Previous falls had led me to fracturing both my hips and therefore having both hips replaced.

“I warned the security team that I had metal hips and would set off the detectors.

“But I was in such a state – shaking, dizzy and crawling – that the security team decided I was acting suspiciously and took me aside for further probing.”

Mr Allan added: “It seems ridiculous that in this modern, connected world there was no way I could access medication and that the airline and airports were so ill-equipped to help.

“I’ll be taking extra supplies with me every time I travel in future.”

Annie Macleod, Scotland director at Parkinson’s UK, said it was concerning no medication was available to Mr Allan.

“David’s treatment by the airline, airports and the NHS is completely shocking and unacceptable,” she said.

“It beggars belief that companies could be so callous and lacking in understanding of Parkinson’s and the impact of not having medication.”

She added: “Parkinson’s UK calls on everyone involved to review and improve their processes when dealing with people with Parkinson’s.”

British Airways has said that transportation and accommodation were provided to Mr Allan during the disruption, and he was rebooked onto the next flight.

It also said that assistance is provided by an airport-appointed third-party company, rather than individual airlines.

BA also said it recommends customers carry enough medication to allow for any disruption to their travel plans.

A BA spokeswoman said: “We’re sorry to hear of Mr Allan’s experience during the major weather and air traffic control disruption ​which affected a number of airlines last week.

“More than a million customers requiring assistance choose to fly with us every year and we take their needs extremely seriously. ​We are investigating what happened with the assistance provider appointed by the airport.”

Gatwick Airport and Heathrow Airport have both been approached for a comment.