Vincent Peone, from New York, was rebooked onto the empty flight after his original journey was cancelled. 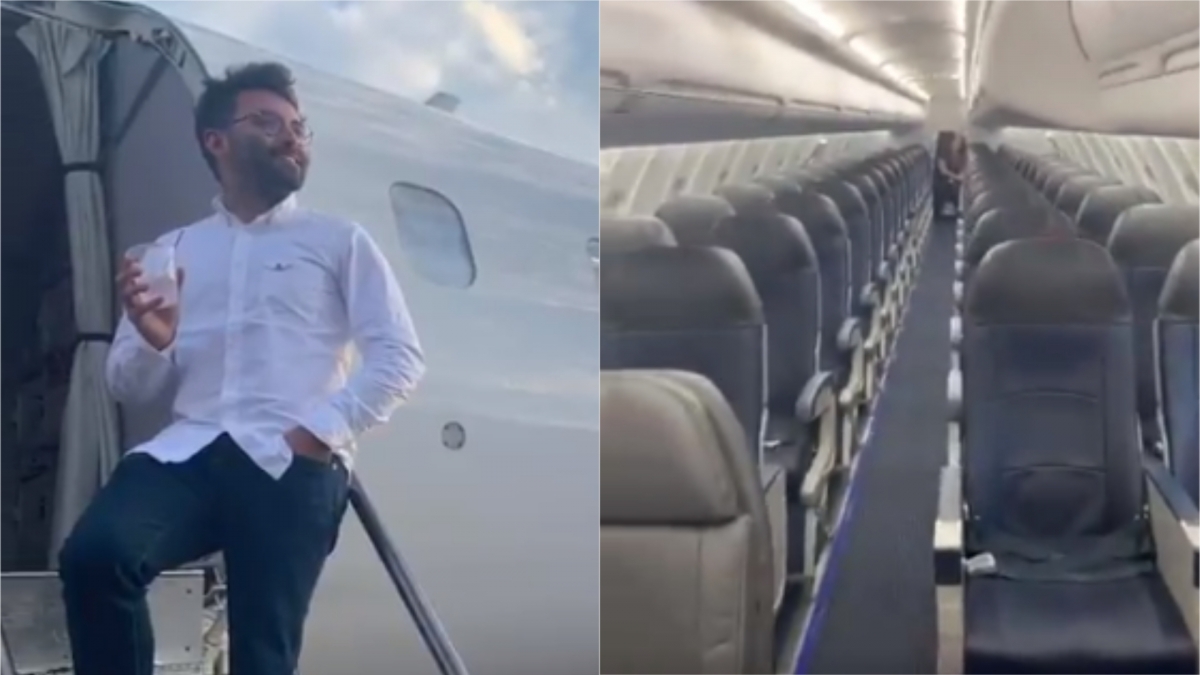 A man was given his own private Delta flight after he was the only person to show up for the trip.

Vincent Peone, a director from New York, was rebooked onto the empty flight after his original journey was cancelled.

He had been in Aspen, Colorado, when he received a message from his family that his grandfather was ill.

He told PA: “I rushed to get a flight home, but it was cancelled and I was rebooked onto one the following day.

“Luckily by that time my family told me my grandfather had improved and I didn’t need to rush back. Delta gave me a choice of a flight at 3pm, or one at 7pm, and I decided to take the one at 7pm so I had time to fit in one final hike.”

He turned up at the airport later that day to find it virtually empty.

The 35-year-old said: “I made it through security in less than two minutes and was worried it was quiet because my flight had been cancelled.”

When he made it to the gate, he realised he was the only one on the flight, as all the other passengers had opted to fly earlier.

The plane had to be loaded with sandbags to help evenly distribute the weight.

The director, who runs collaborative website Art Class Content, said: “It was a fun experience and I was in a good mood because my grandfather was doing better. The flight attendants really entered into the fun of it too.”