By Georgette Culley After 10 years living in the inner spokes of the big city wheel, I find myself craving the tranquillity and peacefulness of the countryside. So when my boyfriend suggested a romantic getaway out of the city, I couldn’t wait to go. We set off from north London on the A1/M1 and in […] 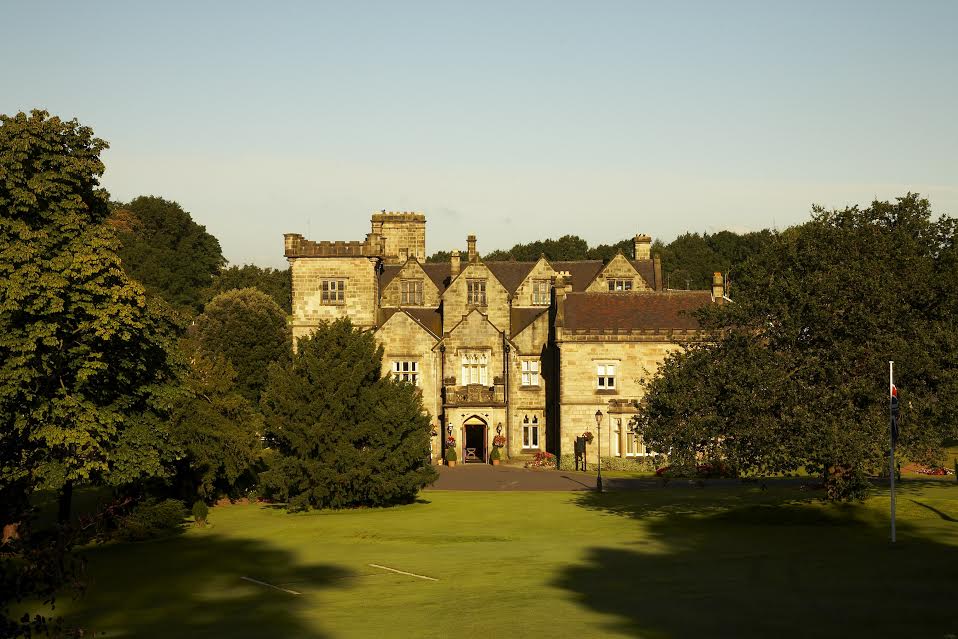 After 10 years living in the inner spokes of the big city wheel, I find myself craving the tranquillity and peacefulness of the countryside.

So when my boyfriend suggested a romantic getaway out of the city, I couldn’t wait to go.

We set off from north London on the A1/M1 and in just over two hours we had arrived at The Marriott Breadsall Priory Hotel and Country Club in Derbyshire. The four star hotel dates back to 1266 and is set in 300 acres of swirling green countryside. A perfect antidote for eyes and senses wearied by a constant vista of concrete and steel.

On a practical note, an immediate plus was the spacious free car park.

Stepping out of our car we inhaled the pure air and listened for the noisy throb of traffic and people – but all we heard was sweet nothingness, punctuated by a gentle rustling of trees and birdsong.

As we took in our beautiful surroundings a calmness descended on us – we had escaped from the rat race – but unfortunately for James he hadn’t escaped me so the quiet didn’t last long!

Of course this newly, relaxed mood didn’t stop us whipping out our iPhones for some dreaded selfies, taken in the wonderful grounds with the magnificent hotel as a backdrop.

Our room wouldn’t be ready until 4pm so, guided by a friendly and helpful receptionist, we chilled out in the lounge and ordered afternoon tea.

It was perfect. Macaroons, chocolate brownies, strawberries, Battenberg cake and scones with fresh clotted cream and strawberry jam, burst out of the three tier cake stand. Hidden among this display of gastronomic indulgence were some crustless cucumber sandwiches and a choice of good quality teas and coffees.

Suitably refreshed, we retired to our quarters (as poshos say) for a rest. Our tastefully decorated room overlooked the hotel’s gardens, beyond which lay manicured green lawns and woodlands – so restful to the eye and soul.

A while later, we both enjoyed a relaxing back massage together in one of spa rooms. It was a little Made In Chelsea except this time awkward silences were welcome. After, we nibbled on chocolate coated strawberries in the ‘relaxation room’.

Whilst in there, we flicked through a book about Breadsall which offered some fascinating gems about its history and previous tenants.

For instance, one of its previous owners was Erasmus Darwin, grandfather of Charles Darwin.

We could have stayed in the relaxation area for hours happily sipping herbal teas and reading, but the bright lights of Derby City Centre were calling us.

I ordered a cheese board and a bottle of Prosecco to enjoy in our room before going out. Unfortunately for James, it arrived when he was in the shower so he didn’t really get a look in. Still, I enjoyed it!
After, we took in a production of John Osborne’s Look Back in Anger at Derby Theatre – a play about class struggles and relationships in the 1950s.

Although we were miles from the familiarity of the West End – and the expectations that go with it – the show certainly didn’t disappoint and the talented cast gave an incredible, thought-provoking performance. When the curtains closed we felt all ‘cultured up’ so decided to check out the local bars.

Derby is relatively small and easy to walk around. We had a few drinks along the Cathedral Quarter before revisiting our youth and gate-crashing a student night at a club. Despite having a late one, we were up bright and early the next morning for our day trip to LadyBower Reservoir in the Peak District – but not before stopping off at the hotel’s breakfast bar.

The variety was great – you could have a full English breakfast, fresh omelettes prepared on the spot, cheese and meat, fresh fruit, yogurt, waffles, muffins – you name it they had it!

As per, I ate so much James had to help me into the car. Fortunately we had a 45 minute drive to the Peak District National Park, so there was plenty of time for my food to digest.

As we grew closer to our destination, the views became breathtaking. We spent an hour and a half walking through the forest and climbing up hills to get a better view of the Ladybower Dam – where, incidentally, The Dam Busters was filmed.

Naturally, we stopped and posed for a few cringey couple selfies and ‘natural’ pics of us overlooking the river.
Luckily other couples were out in force with their selfie sticks so we were a lesser evil.

Once we’d flooded Instagram with our soulful, moody snaps, we really took in the views.

James tried to teach me the logistics of the dam but stopped mid flow (no pun intended) when he realised I was more interested in the Labrador puppy in the distance.

Later that day, paranormal historian Richard Felix met us and gave us a private ghost tour of the hotel and its grounds.
Richard used to present the hit show Most Haunted and relayed fascinating ghost tales and spooky goings-on at the hotel – which also has a pet graveyard!

After, we enjoyed a three course meal.

As a veggie, I ordered carrot and coconut soup for starters, a delicious, beautifully presented leak and potato dish for mains and pistachio Arctic roll for desert. James ordered top-to-tail pork and raspberry soufflé – washed down with lots of Prosecco.

It was truly divine – possibly one of the best desserts we’ve ever tried.

A little tipsy, we wandered back to our room, exchanging ghost stories and stopping to take in the old photos of previous famous tenants and other historical facts about Breadsall, which adorn the hallways.

Sadly, there weren’t any spooks that night – bar me taking off my make-up before bed.

After breakfast on our final day, we had a round of golf and hit some balls at the driving range. The target was to hit the ball straight past 200m.

Well, I did 75m which isn’t bad, but James smashed it with his 190m. Personally, I think he was sneaking in lessons before the trip, desperate to impress me. Men.

If you’re a keen golfer you’ll love it. The hotel has two stunning 18 hole championship courses in one location and both very different. One is very open and the other is more narrow and undulating, meaning golfers can have two very different games of golf without having to go to two different locations or courses.

After, you can enjoy a drink or two in the hotel’s Tempo bar, which is linked to their leisure club.

Satisfied I’d perfected my swing, we said our farewells to Breadsall and headed to Dovedale, which is 45 minutes away – a popular place for walkers.

We stopped in the Coach & amp; Horse in Fenny Bentley for lunch first. Surprisingly, they had a great menu for people gluten free and vegetarians.

I had some Prosecco – there’s a theme emerging here – trying to cling on to the holiday mode for as long as possible.

Two hours later, we returned to Dovedale where we walked up the highest peak.

Now, I’d love to say we were completely prepared, but I’d be lying.

Both of us were donning our favourite Nike Air Maxes and I was – ahem – a tiny bit tipsy from my Prosecco lunch – not ideal for mountain climbing.

But in true southerner style – we still managed to get to the top – although a few kids did overtake us on the way!
Afterwards, we waved a sad goodbye to Derbyshire and made our way back to London. Boo hoo.