By Jasmine Stephens, Family Editor Do they have elephants there? Will the baboons trash our car? Is it going to be like ‘Jurassic Park’? Are we nearly there yet??!! The kids were asleep in the back of the car and my husband was sick of my questions before we got off the M62. I’d managed […]

by Joe Mellor
in Family, Travel 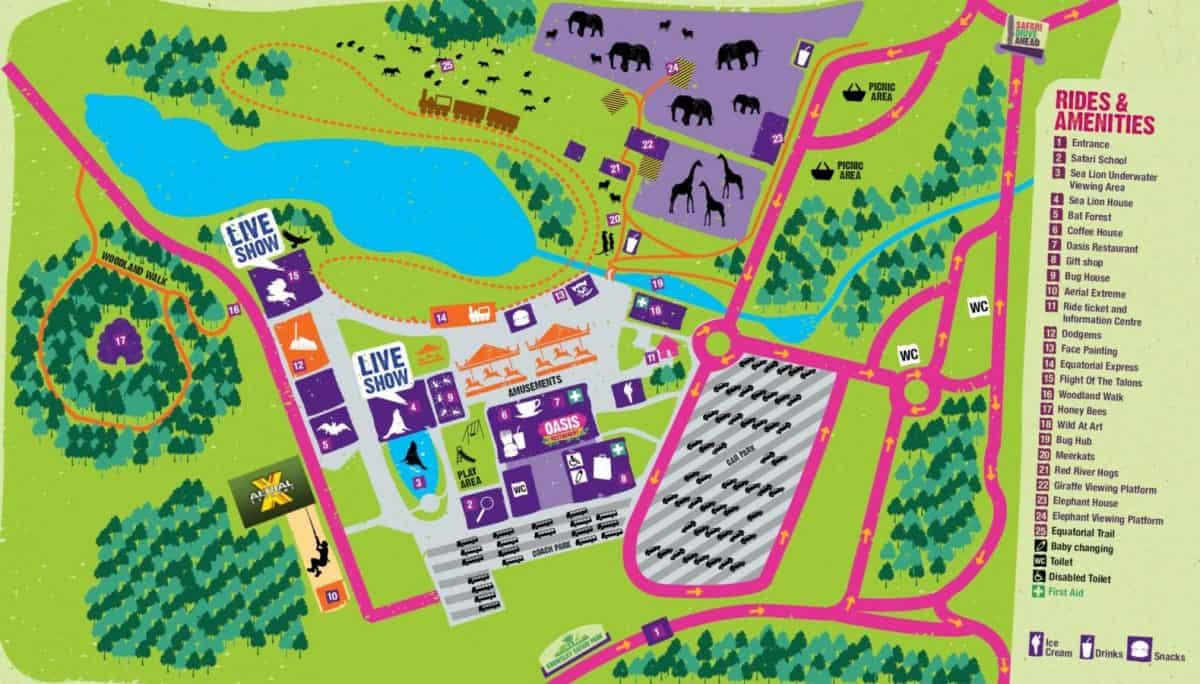 Do they have elephants there? Will the baboons trash our car? Is it going to be like ‘Jurassic Park’? Are we nearly there yet??!! The kids were asleep in the back of the car and my husband was sick of my questions before we got off the M62. I’d managed to reach the ripe old age of 35 without ever visiting a safari park, but my husband was quite the veteran, having gone once with his parents in 1986, so just this once I was willing to defer to his superior knowledge.

The journey over the Pennines lived up to stereotype; it was apparently monsoon season in Lancashire, but as we reached Merseyside the sun peeped out from behind the clouds and we set off with great anticipation on the safari drive. Our first glimpse of the wildlife caused a frisson of delight from the back seats; the ducks and geese were a massive hit. We crept past lions (‘ROAR!’), wolves (‘AH-OOOO!’), zebras (‘Er, I don’t know darling’) and rather a few unidentified species of deer and antelope. Then the cautionary signs for the baboons’ area started to appear; ‘Baboons may damage your car’. How bad could it be? They’re only little monkeys, aren’t they? By the time we’d finished discussing the risks, we’d unintentionally committed ourselves by passing the turn off for the car-friendly route so we proceeded with growing unease.

Well, reader, it was bad. Very bad. But it was also the best bit of the whole safari. The baboons leapt all over the car, causing our own three little monkeys in the back to squeal with delight. The kids’ absolute highlight was a baby baboon weeing all over our windscreen, but the husband and I started to get nervous as we totted up a tally of damage to the cars around us; two broken rear-wipers, a wing-mirror dangling by a thread, several unidentified pieces of snapped off plastic and one very chewed aerial. Fortunately, on later inspection it transpired that our car had escaped unscathed apart from the fact it looked like it had been through some kind of monkey-zombie-apocalypse, with smeared muddy paw prints all over it.

We spent the rest of the day enjoying more of the attractions that the park has to offer; the bat forest, meerkat enclosure, bug house and the inevitable swings and slides. The children also enjoyed the train and other amusements. They were in the main quite tame and so perfectly pitched for our under-7s, but might not be quite so diverting for older children and they were at additional cost to the entrance fee so if you weren’t careful they could considerably add to the price of your day out. The sea-lion show demonstrated the creatures’ incredible intelligence and power, but I couldn’t help feel uncomfortable with the ‘performing animal’ aspect.

Knowsley has now been welcoming visitors for 43 years and parts of it do feel a little tired, but this doesn’t detract from the overall experience of a fun family day out. The bonus is that tomorrow offers the promise of another classic family-pleaser; a trip to the car wash.

Full details including opening times and prices can be found at www.knowsleysafariexperience.co.uk