“Spain is different” was a slogan composed by Spanish minister Manuel Fraga in the 1960s to persuade the first planeloads of tourists to visit the sun-kissed nation. Spain at the time was under the rule Franco, a former ally of Hitler and Mussolini who won power with their help in a bloody civil war and […] 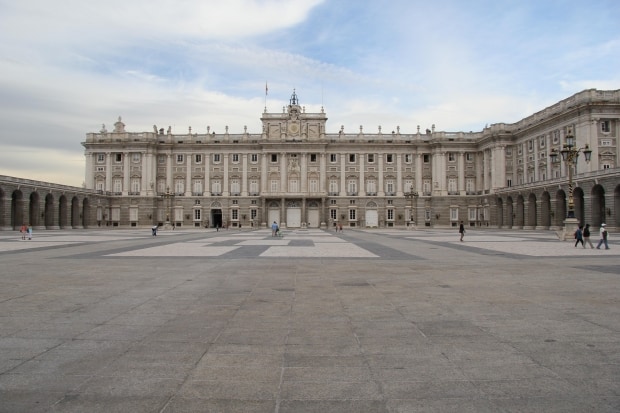 “Spain is different” was a slogan composed by Spanish minister Manuel Fraga in the 1960s to persuade the first planeloads of tourists to visit the sun-kissed nation. Spain at the time was under the rule Franco, a former ally of Hitler and Mussolini who won power with their help in a bloody civil war and cemented his grip on it for the next four decades through brutal repression of political opponents. While Britain enjoyed the swinging sixties and French students took to the barricades in hope of a better future in May ’68, Spain was under a fundamentalist catholic regime, where films were censored to get rid of anything subversive to Christian morality and priests raged against the sin of the Northern European bikini. Spain certainly was different.

Spain is now a liberal, outwards-looking, modern, democratic country. Yet it retains certain particularities. Things happen in Spain which would not be tolerated north of the Pyrenees. Corruption, or suspicion of it, has checkered Spain’s political landscape since the democracy was established.

To give one example, in the 1980s the interior ministry of the governing Socialist party was revealed to have founded and funded death squads, named the Antiterrorist Liberal Groups, to fight and kill members of the Basque terrorist group ETA. They killed tens of people, including innocents who had nothing to do with ETA. In relation to this, the Interior Minister was only imprisoned over a decade later.

Another more familiar example is the long-running suspicion of corruption by property developers in the tourist hot spots in the South and elsewhere. The 1993 film Huevos de oro (Golden Balls) is a crude illustration of this, where a machista property developer decides to build the tallest building around as a phallic monument to his ego. To help the project, he sleeps with a billionaire’s daughter and cuts corners on construction, leading to the building’s collapse.

In real life it is suspected developers pay politicians under the table in order to get planning permission. In this way both benefit from massive property development expanding from the coast inwards. In 2013, 50 officials and business executives were sentenced for corruption of this type in Marbella. This business looks a whole lot more sordid since the bursting of the construction bubble after the crash.

The current tidal wave of revelations crashing through Spanish political life implicates vast swathes of the political elite. On Monday a paper emerged detailing how the governing Partido Popular has funded itself. It is claimed the party ran illegal secret slush funds accounts where they avoided paying tax. The money was used for campaigns, for the party’s headquarters, and national and regional election campaigns. The party will go to court, and the governing Partido Popular’s treasurer, Luis Bárcenas, has already been sent to jail in a related case.

The Socialist party also been in the firing line. The regional party boss in Madrid, Tomás Gómez, was forced to step down after allegations of corruption in the construction of a tramline when he was mayor of a Madrid town. It cost an exceptional amount of money with not clear justification as to why. In Andalusia socialist politicians have been investigated for fraudulent use of a fund designed to help the unemployed.

In response to accusations of corruption politicians often show absolute resistance to stepping down and try to make out the judges are biased. When asked to resign by party leader Pedro Sánchez, Gómez reacted by attacking Sánchez as “weak”. Popular Party leader and Spanish Prime Minster Mariano Rajoy, who himself received payments from the party’s dodgy money, claims in the face of all the evidence that there is no “generalised corruption” amongst Spanish politicians.

Spain faces a crisis in trust of its political leaders at a time of massive political uncertainty. Podemos has emerged to lead the national polls, on a radial left platform buoyed by the success of Syriza in Greece. It decries the corruption in the ranks of the mainstream parties yet mainstream newspapers and politicians have attacked its hypocrisy with relish, seemingly keen to seek revenge on the insurgent party. One of the lead members of the party Juan Carlos Monedero reduced his tax bill by setting up a company after carrying out work for the Venezuelan government.

And these links between the party and the failed state in South America has also damaged the carefully-cultivated Podemos brand. Venezuelan newspaper El Nacional has alleged the Venezuelan regime has provided millions of euros for Podemos, while Monedero was not the only founding member to help the country’s government. Meanwhile Spain’s Foreign Secretary José Manuel García Margallo suggested Podemos has received funding from Russia and possibly Iran as well.

Just how much Spaniards care about corruption is open to question. In Andalusia, the PSOE won March’s regional elections despite the aforementioned corruption cases. While Podemos and another new party Ciudadnos have surged in the polls, other minor groups, the United Left coalition and the UPyD, who are respectively similar politically to the new parties, have sunk. The recent criticisms of Podemos have not dented their poll ratings. Allegations are often on party lines: corruption becomes a political tool.

Yet however used to it they are, Spaniards should care more about political corruption. Every undeclared euro in tax is another euro of debt, cuts or tax increases; every job given to a mate is a job not going to a more deserving Spaniard in a country riven by unemployment; every backhander from a company to a politician raises the cost of doing business for everyone. It’s time Spain became less different.