Holidaymakers heading abroad in August will be hit first, but prices could rise for all Brits if the pound remains under pressure. 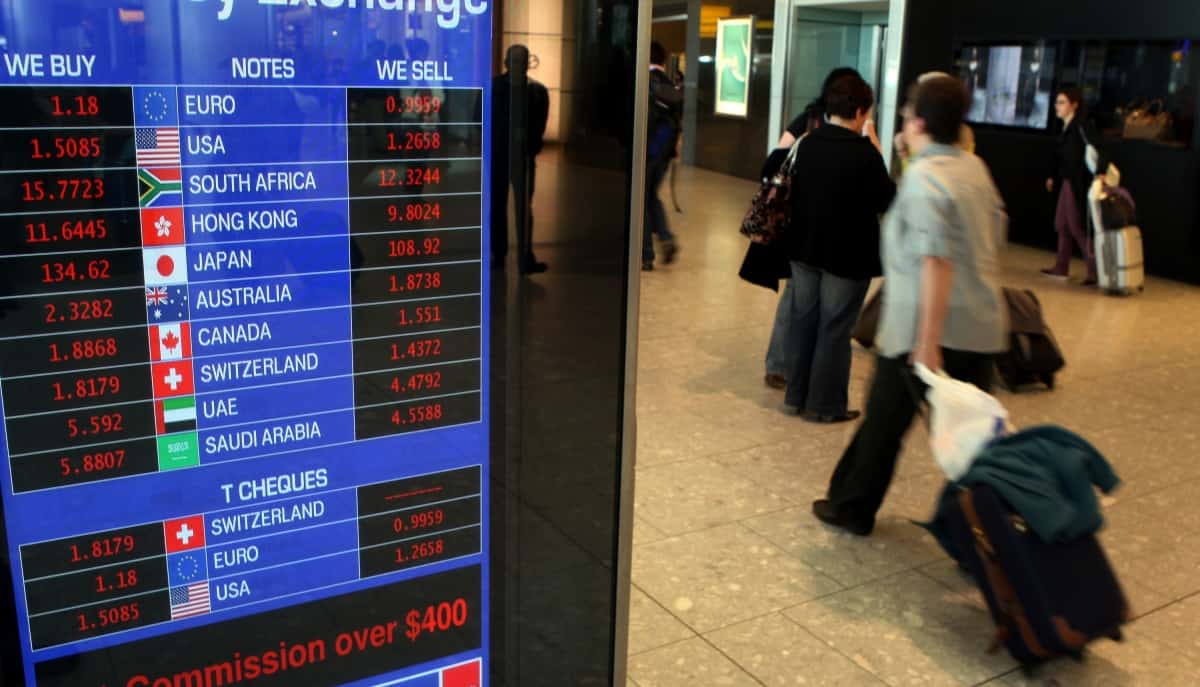 The pound’s plunge on no-deal Brexit fears has come at a terrible time for British holidaymakers as many head abroad over the summer.

Here’s a rundown of the reasons behind sterling’s fall to two-year lows and what it means for Britons:

– Why has the pound fallen so low against the US dollar and the euro?

Sterling has tumbled after new Prime Minister Boris Johnson and his cabinet took a hardline stance on negotiations with the EU over Brexit.

Cabinet minister Michael Gove wrote in the Sunday Times that a “no-deal is now a very real prospect” and the Government is “working on the assumption” of a no-deal Brexit, which sparked a hefty fall in the value of the pound on Monday, with no let-up in the declines on Tuesday.

Mr Johnson has since insisted he will “go the extra thousand miles” to secure a deal, but with just two months to go until the October 31 Brexit deadline, many believe he has set the UK on course for a cliff-edge Brexit.

– How low can the pound go?

Some experts believe the worst-case scenario of a hard Brexit has still not yet been fully priced into the pound, which could well mean further falls as the Brexit deadline looms large and with speculation mounting over a snap general election.

There are fears the pound could hit parity with the euro or fall below – already having slumped to 1.09 against the single currency – and even reach parity with the US dollar as the Brexit woes unfold.

– What does this mean for Britons?

The immediate impact of the falling pound is being felt by British travellers heading off for their holidays.

Tourist rates have already seen the pound fall below parity at airports, where holidaymakers are being offered as little as 97 euro cents for their pound.

This means that travellers to Europe will find their pound does not go very far while they will also get a poor dollar rate if they are going to the US or countries where the greenback is the main currency – hiking up the cost of everything from accommodation to food.

Nigel Green, founder and CEO of financial advisory firm deVere Group, said the falling pound will have an impact on holidaymakers wherever they travel.

He said: “Even destinations such as Dubai and China are more expensive as their currencies are pegged to the US dollar.”

“Overall, the pound is the worst-performing major currency in the last three months, meaning almost every destination is now more expensive than it was for Brits,” he added.

– Is it just holidaymakers who will be affected by the pound’s tumble?

Unfortunately, all UK consumers stand to be impacted by a sustained plummet in the value of the pound, because it makes it more expensive for retailers and manufacturers to import food, goods and materials.

Help build the movement that will do it ?https://t.co/QslfSNsIid#BackBoris @BorisJohnson pic.twitter.com/TANMbc7zwV

This means prices will be pushed up for goods and services, sending UK inflation rising and hitting Britons hard in the pocket.

– Are there any benefits to a falling pound?

A weak pound can prove helpful in a number of ways, by making it cheaper for foreign companies to buy UK goods and boosting exports as a result.

It can also increase foreign investment in the UK, for example in property and in shares.

The FTSE 100 Index on London’s stock market usually rises when the pound falls as it is dominated by internationally-focused firms, which trade largely in US dollars.

A falling pound can also increase tourism to the UK, with overseas travellers looking to make the most of a better exchange rate.

This offers a boost to retailers and other sectors, such as restaurants and leisure attractions.